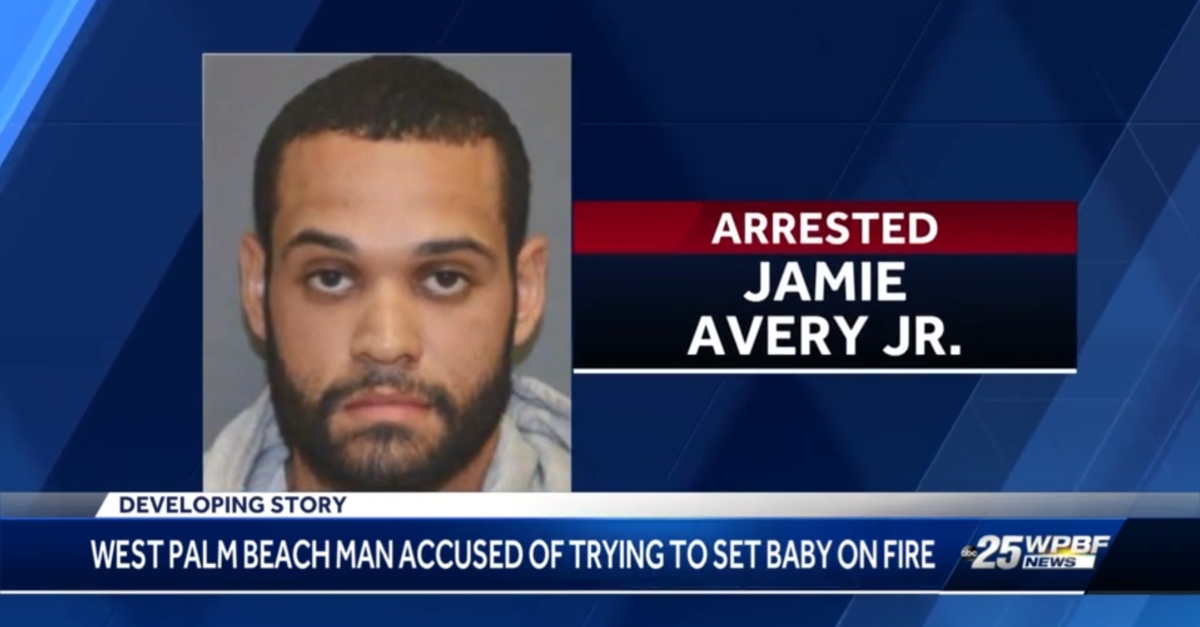 A truck driver tried to set fire to a 1-year-old baby at a gas station, said authorities in a press conference on Thursday. Officials described also finding an injured 4-year-old in the tractor trailer cab of defendant Jamie Avery Jr., 28.

Both of the children are expected to fully recover, authorities said.

Another adult allegedly joined Avery in pouring a flammable liquid on the infant victim, but authorities did not identify this person in the press conference. Seneca County District Attorney Mark Sinkiewicz declined to tell reporters why this individual was not charged. Nonetheless, officials noted that they anticipate charges against this person, and more charges are also possible against Avery.

Authorities were still working to confirm how the children are linked to the adults.

“We believe there is a parental relationship, but we haven’t fully determined that yet,” Sinkiewicz said. He also said that they believe both children are related, but they have not been able to confirm that.

Officers responded to the gas station Love’s truck stop on Tuesday at about 5:30 a.m. in the town of Tyre, Seneca County Sheriff W. Timothy Luce reporters. There were reports of fires inside the building. According to authorities, deputies found both suspects and detained them. Investigators found the 1-year-old child covered in a flammable liquid. The 4-year-old was found with head injuries, officials said.

Authorities said they evacuated the building after finding a suspicious device in a men’s restroom, but eventually determined it was a makeshift replica, not an incendiary.

The motive is unclear even to officials on Thursday.

“Can’t speak to that,” Sinkiewicz said. “I don’t really know.”

It did not appear that they knew anybody at the gas station, he said.  Avery is from all the way down in West Palm Beach, Florida, but sheriff’s Lt. Timothy Thompson noted that this suspect has family in the Syracuse area. Tyre is less than an hour drive west of Syracuse, New York.

Both children are in state custody and will be released from the hospital, authorities said. The investigation is ongoing.