‘She Tried to Cut My Balls Off’: Defendant Caught in the Act of Decapitating Girlfriend, Dismembering Her Body Felt ‘Threat to His Masculinity,’ Prosecutors Say 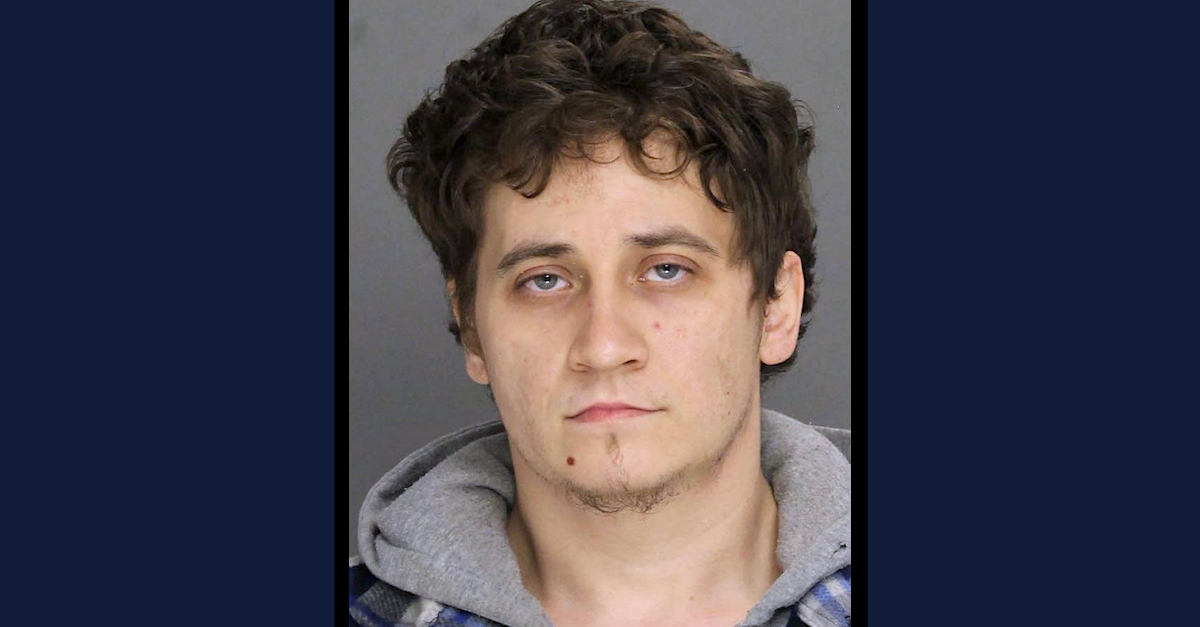 Authorities in Pennsylvania have released the name of a man they say they caught in the act of chopping up his girlfriend’s body.  Court documents released Friday are also providing a window into the bizarre excuses attributed to the defendant for his alleged conduct.

Nicholas Peter Scurria, 32, of Clifton Heights, Pa., is locked up in the George W. Hill Correctional Facility in Delaware County, according to online jail records.  Court records say he was denied bail at a Friday preliminary arraignment.

Scurria is charged with first-degree murder, third-degree murder, possession of an instrument of crime with intent, and abuse of a corpse, the court records indicate.  The latter two counts are misdemeanors.

Law&Crime reported many of the initial alleged facts on Friday.  Officers with the Clifton Heights Police Department say they responded to a call of a possible “domestic argument” at the Willow Apartments on South Springfield Road at around 4:51 a.m. Friday.

The location is about 12 miles west of Philadelphia.

Officers knocked at the door but received no response.  When they looked through a window, they say they saw a man subsequently identified as Scurria chopping up a woman’s body, according to accounts from a plethora of Philadelphia television stations.

The police department said the responding officers kicked down the front door to intervene.  The defendant surrendered, but the victim was pronounced dead at the scene.

Witnesses told Philadelphia FOX affiliate WTXF that they heard police shouting at the suspect prior to the breaking down of the door.

“I heard the cops yelling, telling somebody, ‘Don’t move. Don’t move,'” one witness told the TV station. “About four or five cops kicked the door in, and this is the result,” he added, gesturing towards the apartment.

Police recovered a large knife from the scene of the homicide but would not immediately confirm whether the knife was also the murder weapon. Multiple other weapons were also recovered from inside the apartment, according to a report from Philadelphia CBS affiliate KYW-TV.

Police did not release the name of the victim, who was said to be in her 50s.  WPHL reported that she was in an “intimate relationship” with Scurria at one point.  Though investigators were initially unable to confirm whether the two were still in a relationship at the time of the killing, KYW radio eventually said the victim and the defendant “were formerly in a romantic relationship” but remained living together.

Chief Rockenbach said the responding officers who witnessed the attempted beheading would receive counseling from a mental health professional.

“I’ve been an officer for 32 years, this is absolutely horrible,” Rockenbach told Philadelphia ABC affiliate WPVI. “I don’t even know what words I could describe to you how actually incredibly insane this is, especially in my town.”

The police said officers caught Scurria trying to “cut the victim’s leg,” according to WPVI.  “Police saw the woman’s decapitated body with rolled-up plastic nearby.”

“I believe the intent was obviously to hide the crime,” Rockenbach said of the overall dismemberment scene his officers are said to have discovered.

Charging documents obtained by the radio station say the defendant blurted out a bizarre excuse for the underlying killing.

“She tried to cut my balls off,” Scurria reportedly and allegedly said of the victim when officers were leading him to a squad car.

Delaware County, Pa. District Attorney Jack Stollsteimer said that Scurria felt the victim was “a threat to his masculinity,” according to KYW radio.

“Based on the defendant’s statements at the time of his arrest, in response to what the defendant perceived as a threat to his masculinity, he brutally killed — and then dismembered — his victim,” Stollsteimer continued in a statement obtained by the radio station. “His actions were cowardly as well as evil, and he will be prosecuted to the full extent of the law.”

The defendant allegedly admitted to the police that he knocked the victim unconscious “after hitting her repeatedly in the head,” KYW radio reported, citing police and court papers.  He also “admitted he was trying to get rid of the body,” the radio station said.