Responding Officers Forced Their Way into an Apartment After Seeing Man Decapitating Girlfriend with a Machete in Window: Police 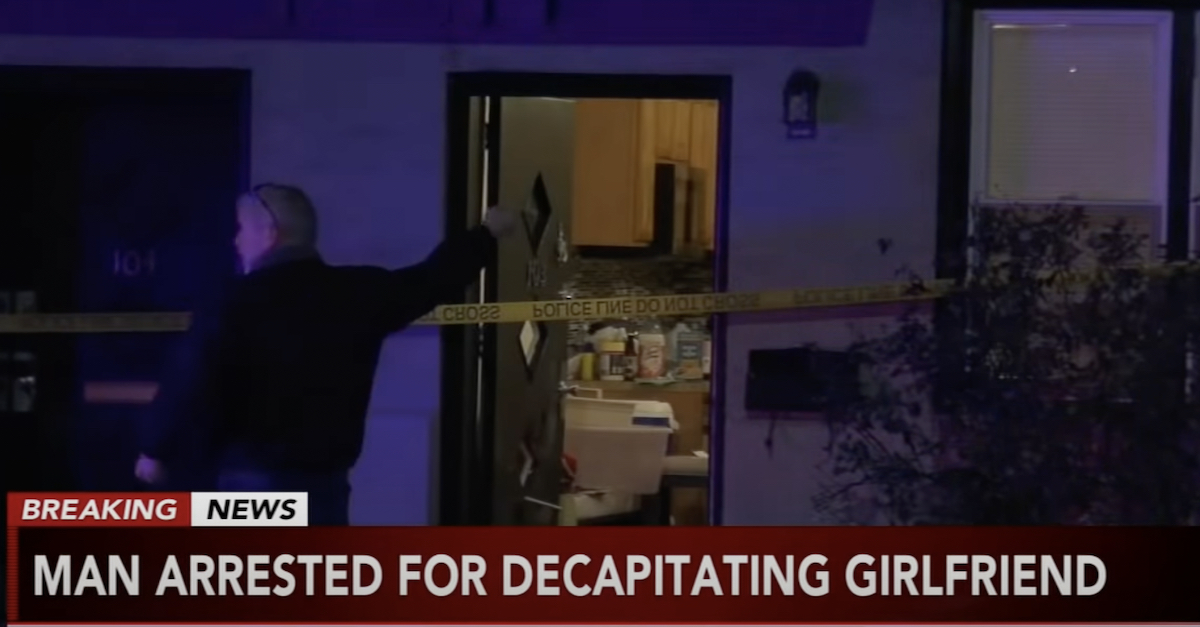 Police outside of Clifton Heights apartment where a woman was allegedly decapitated by her boyfriend.

A man in Pennsylvania is behind bars after authorities say they walked in on him as he tried beheading a woman in gruesome fashion. Police say the suspect, described only as a male in his thirties, was attempting to decapitate his girlfriend inside of an apartment in Delaware County early Friday morning, Philadelphia NBC affiliate WCAU reported.

According to the report, officers with the Clifton Heights Police Department at approximately 4:51 a.m. on the morning of Feb. 11 responded to a call about a possible “domestic argument” at the Willow Apartments located in the 400 block of South Springfield Road. The residence is approximately 12 miles west of Philadelphia.

Upon arriving at the scene, authorities said they knocked on the door of the unit and did not get a response from anyone inside. One of the officers then looked through one of the side windows of the home where he saw what appeared to be a man cutting off a woman’s head inside, Philadelphia MyNetworkTV affiliate WPHL-TV reported.

Officers disarmed the suspect and took him into custody. He reportedly surrendered without incident after police forced their way inside. The female victim was pronounced dead on the scene. Several witnesses to the incident told Philadelphia Fox affiliate WTXF that they heard police shouting commands at the suspect prior to breaking down the door.

“I heard the cops yelling, telling somebody, ‘Don’t move. Don’t move,'” a witness told the station. “About four or five cops kicked the door in, and this is the result,” he added, gesturing towards the apartment.

Police recovered a large knife from the scene of the homicide but would not immediately confirm whether the knife was also the murder weapon. Multiple other weapons were also recovered from inside the apartment, according to a report from Philadelphia CBS affiliate KYW-TV.

Police did not release the name of the victim, but WPHL reported that she was in an “intimate relationship” with the male suspect. Investigators were reportedly unable to confirm whether the two were still in a relationship at the time of her death or if they had recently split up.

Chief Rockenbach emphasized that the investigation into the homicide is ongoing, but noted that the responding officers who witnessed the attempted beheading would receive counseling from a mental health professional.

UPDATE:  Authorities have named the defendant, and additional details about the case have emerged.  Our reporting continues here.