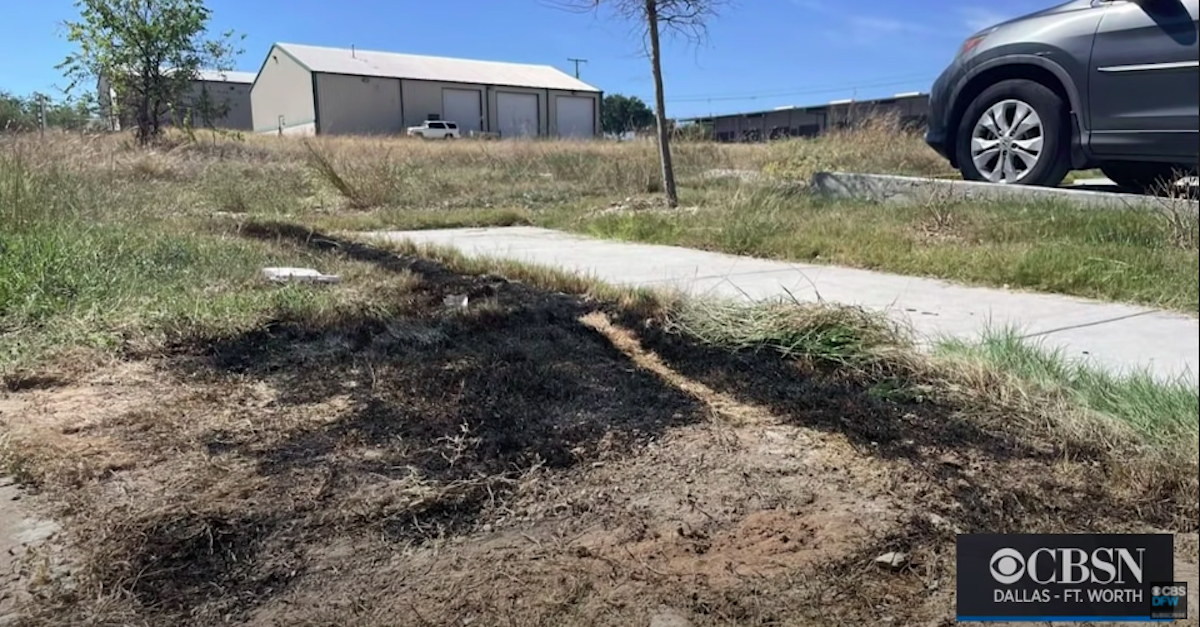 Firefighters responding to a dumpster fire in Texas made a grisly discovery after the flames were extinguished. Police say that the remains of three “heavily dismembered” murder victims, one of whom was a child, had been burned in the blaze.

According to the Fort Worth Police Department, city firefighters responded to a report about a dumpster on fire outside of a business located in the 3100 block of Bonnie Drive at approximately 6:15 a.m.

“During process of extinguishing the fire, three bodies were discovered inside the dumpster,” police said. “The bodies were burned and heavily dismembered and there are body parts unaccounted for.”

Investigators with Fort Worth PD’s Homicide Unit were called to the scene and managed to identify the bodies as being an unknown child, a “young teenage or adult female,” and an unknown male.

One of the bodies—the adult male’s—was identified as 42-year-old David Lueras, who authorities said was frequently in the Dallas area and had known ties to Hurst, Euless, and Bedford areas.

The remains of the female and child victims have been more problematic for investigators, with police saying that the “dismembered condition of the bodies is making the identification process difficult.” Law enforcement authorities said, however, that their top priority at the moment is discovering the person or people responsible for what police are calling a “triple murder.”

“Identifying the perpetrators and suspects of this triple murder is the primary goal of this investigation,” the department said. “The Fort Worth Police Department’s Homicide Unit is requesting public assistance in this investigation; any information related to a missing person or persons fitting the description of the victims is appreciated.”

Aaron Torres, who is Lueras’s cousin, this week told local FOX-affiliated station KDFW-TV that in the days leading up to his death, Lueras was scared and looking over his shoulder.

According to Torres, Lueras had recently reached out to several other members of the family to see if they could help him “hide” somewhere outside of Texas.

“I know that he was scared and I know he knew somebody was after him to get him,” Torres told the station. He said that his cousin “wouldn’t tell us their names.”

“Whoever did this definitely wanted to make an example out of him,” Torres added.

Torres said that Lueras “got lost with the wrong crowd” at some point in his life and started keeping company with dangerous people. Torres also said he did not know who the female and child victims could be, but reiterated that he knew Lueras “went over there to go hide.”

The Fort Worth Police Department did not immediately respond to an email from Law&Crime seeking additional details in the case.