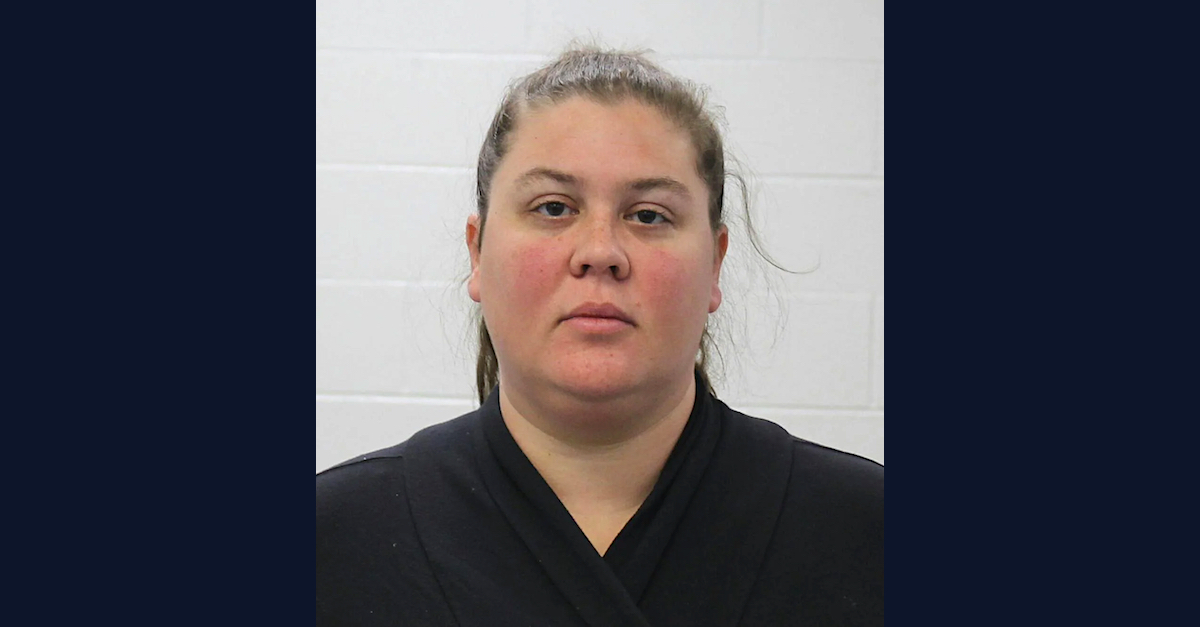 A high school teacher in Iowa was arrested on Wednesday after allegedly concocting a series of threats about gun violence at Abraham Lincoln High School where she taught. Katrina Phelan, 37, stands accused of three counts of making “threats of terrorism,” according to the Council Bluffs Police Department.

“[D]etectives conducted an investigation into a series of anonymous handwritten notes found inside the school, all making reference to committing gun violence upon school property,” the department wrote in a press release. “Each of the notes were reportedly either found in Phelan’s classroom or found by Phelan herself, in various locations within the school.”

Law enforcement noted that the teacher turned herself in after a warrant was issued for her arrest.

As a result of the notes, police said, the school district and law enforcement worked together “to increase the security presence inside the building.”

“When interviewed, Phelan admitted to writing the notes,” the police department release continued. “It was determined that she had no intentions or means of carrying out these threats. In at least one of the notes, Phelan, posing as an unnamed student, wrote that she was tired of being made fun of.”

According to a probable cause affidavit obtained by Omaha, Nebraska ABC affiliate (which also serves Council Bluffs) KETV, however, the narrative wasn’t entirely so cut and dried.

The outlet reports Phelan allegedly confirmed that the handwriting on the four notes was, in fact, hers — but she reportedly told the police she had no recollection of actually writing any of the notes in question.

When asked as to why she might write such things, the defendant allegedly said it had something to do with “concern, worry, and frustration over the lack of control of her classroom.”

Pressed to further explain what could be accomplished with the notes, Phelan ventured she might have been trying to draw attention to how the high school was “not a safe place,” she allegedly told investigators.

The following message was emailed to ALHS parents:

The Council Bluffs Police Department has concluded its investigation into the threatening notes found at school a few weeks ago. They have determined the source of the notes to be a school employee. Investigators concluded there was no intent or means to carry out the threats. However, the employee has been charged with a crime, has voluntarily surrendered to the police, and will no longer be employed by the Council Bluffs Schools. We appreciate the detectives and their diligence in solving this crime.

During that investigation, students provided us with information that was helpful. This is what we expect from students at ALHS.

We want all students, parents and staff members to have confidence that our schools are safe and supportive environments.

Phelan is not currently listed on the high school’s staff directory.

She was detained in the Pottawatamie County Jail, but her name does not appear on a current roster of jail inmates.

The defendant faces low-tier felonies, but each count carries a possible sentence of up to five years in prison, the police department noted.