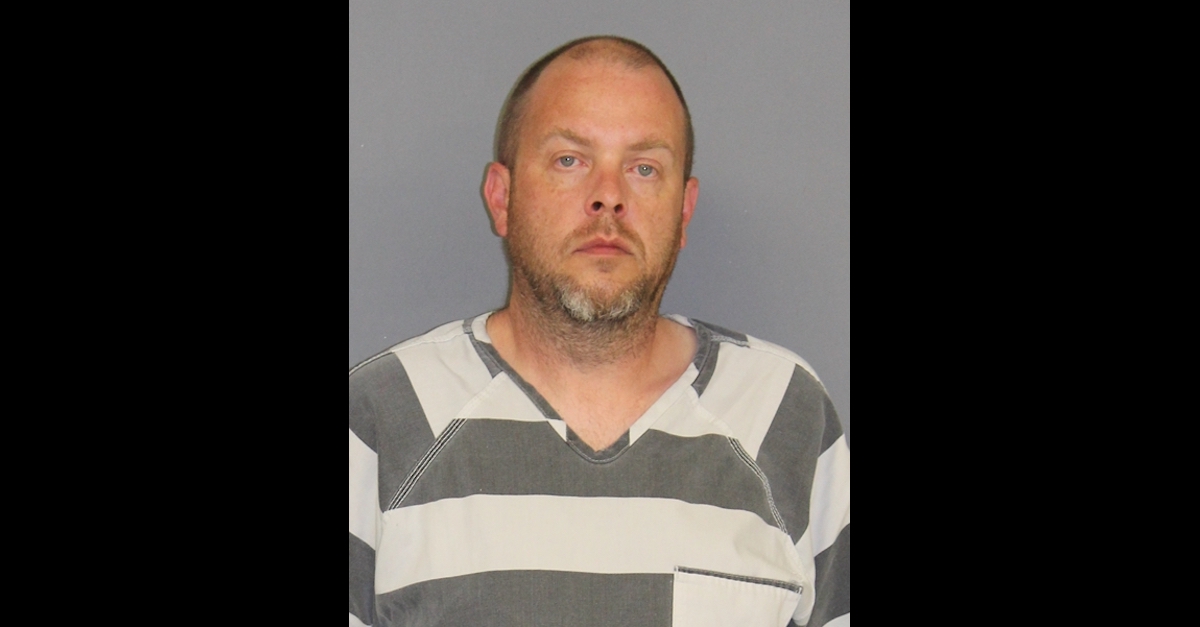 Jason Cory Sanders appears in a mugshot on file with the Hopkins County, Texas Sheriff’s Department.

A Texas man is behind bars this week after police say he admitted to shooting and killing his pregnant wife and then attempted to erase evidence from his cell phone in the presence of sheriff’s deputies, several local news outlets have reported.

The Hopkins County Sheriff’s Department and the Cumby Police Department received a call about a domestic shooting late Monday evening.  Investigators were dispatched to the residence where first responders learned that Margaret Ann Sanders had been shot in the torso by her husband Jason Cory Sanders, 43.

Paramedics from a local fire department provided treatment for Margaret at the scene before she was airlifted to a local hospital for additional care. Sanders was then read his Miranda rights and taken into custody, and the Texas Rangers were then called to provide additional assistance with the investigation.

According to a report from the Sulphur Springs News-Telegram, Sanders told deputies that he and his wife had gotten in a “verbal altercation” inside their home. Sanders said he pulled a .380 handgun and fired one shot with the intention to scare his wife. However, Sanders reportedly said that the bullet he fired accidentally struck his wife.

As the interview went on and Margaret was removed from the scene, Sanders reportedly asked deputies if he could use his phone to send a text message to his boss. The deputies allowed Sanders to use his phone, but one of the deputies reportedly saw that Saunders was actually using the opportunity to delete a series of Facebook message threads between himself and his wife.

Deputies then took the phone away from Sanders, seizing it as evidence under the belief that Sanders had been intentionally trying to dispose of relevant material related to the shooting.  KSST Radio reported that Sanders later admitted to investigators that he was deleting message threads between himself and his wife.

Sanders was then formally arrested and charged with aggravated assault with a deadly weapon connected to family violence and tampering with evidence.

Margaret was pronounced dead at the hospital, and the charge of capital murder was added against Sanders after that point.

“During the early morning hours, Mrs. Sanders succumbed to the injuries sustained from the gunshot wound. Further, investigation revealed the victim is believed to have been pregnant. Based on the evidence obtained in this ongoing investigation, an arrest warrant was obtained for capital murder. Mr. Sanders was booked into the Hopkins County Jail without incident,” HCSO Chief Deputy Tanner Crump said in a statement late Tuesday morning.

Sanders’ bond was set at a total of $2 million: that’s $500,000 each on the two initial charges and $1 million for one of the counts of capital murder.

Under Texas law, a person is hypothetically eligible for a capital murder charge if he “murders more than one person . . . during the same criminal transaction” or “murders an individual under 10 years of age.”  Those elements of capital murder must be proven on top of a core murder charge.  Murder under Texas law requires a showing that an individual:

“Sudden passion” is one possible defense under Texas law.