Texas Duo Threatened to Kidnap and Kill a Man They Robbed at Knifepoint After a Parking Lot Sex Romp, Then Gave ‘Very Different Accounts’ of Incident: Police 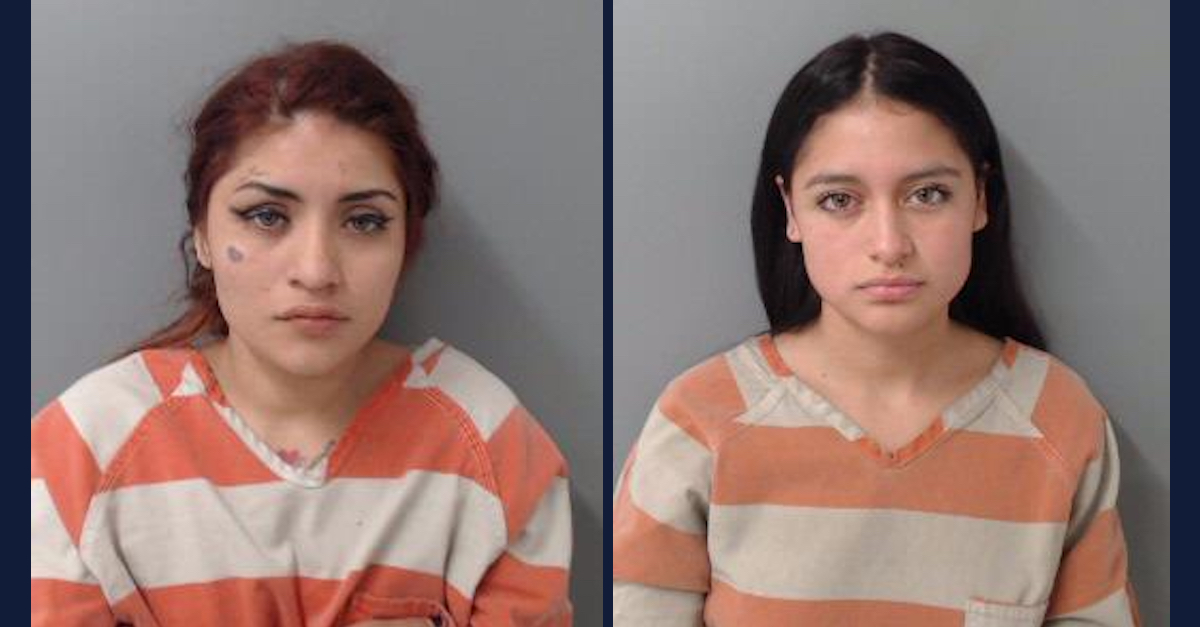 A woman and a girl in Texas were arrested this week for allegedly having sex with a man in his car, telling the man he was being kidnapped, robbing him, and supposedly threatening to kill him. Jasmine Arlene Rojas, 23, and Kassandra Alexis Garza-Rangel, 17, were both taken into custody on Wednesday and charged with one count each of aggravated robbery, jail records reviewed by Law&Crime show.

The duo gave markedly different explanations for what happened, but police reportedly believe that their versions of the story are lies.

According to a probable cause affidavit obtained by the Laredo Morning News, officers with the Laredo Police Department on Sept. 14 responded to a 911 call about a person with a gun at the Family Dollar store located in the 3300 block of La Pita Mangana Road. The caller reportedly told the dispatcher that two females were trying to kill him; he said one was armed with a handgun and the other with a knife.

First responders reportedly found an adult male running next to the 4400 block of South Ejido Avenue; he subsequently identified himself as the person who called 911. The two defendants were reportedly found in the Family Dollar parking lot.

Authorities reportedly say that the man picked up Garza-Rangel earlier that evening at a residence located in the 500 block of Musser Street. The two allegedly parked at an abandoned home and had sex. The man then dropped Garza-Rangel off at the Musser Street residence.

Later in the evening, Garza-Rangel reportedly called the man and asked him to pick her up and to give herself and Rojas, who is reportedly Garza-Rangel’s cousin, a ride to a nearby H-E-B grocery store. The man reportedly told investigators that he overheard Rojas on a phone call during the drive setting up what he believed to be some kind of drug deal.

After the call concluded, the duo told the man to take them to the Family Dollar instead of the H-E-B, the Morning News reported. After arriving at the store, the man reportedly parked his car in the “dark empty parking lot” while Garza-Rangel and Rojas both sat in the backseat. The two allegedly asked the man to join them in the back seat; there, he again allegedly had sex with Garza-Rangel and subsequently had sex with Rojas.

“Rojas wanted to blindfold the driver with her red top, but he did not want to be blindfolded,” the Morning News report states. “He wanted to stop the sexual encounter with Rojas and leave the vehicle. Rojas then attempted to stab the man. When he tried to get out of the car, Rojas grabbed him by the shirt.”

The man reportedly alleged that Rojas “told him he was being kidnapped and that they were going to kill him.” He reportedly escaped just as Rojas allegedly yelled for Garza-Rangel to retrieve a handgun from her purse.

The two defendants reportedly told the police very different versions of how the situation unfolded.

Garza-Rangel reportedly claimed that the man in question picked her and Rojas up and took them to the Family Dollar parking lot where he sexually assaulted both of them.

Rojas, however, reportedly claimed she she was walking along a street with Garza-Rangel when the man pulled over and said he’d give them a lift.

“He then pulled over by the Family Dollar and pulled out a condom,” Rojas claimed, again according to the Morning News report. “Rojas claimed she got scared and yelled to Garza-Rangel to get her gun since Rojas thought he was going to sexually assault them.”

Investigators claimed in court papers obtained by the local newspaper that the two females proffered inconsistent versions of what happened.  The precise details of those inconsistencies were not fully explained in the newspaper report.

However, the probable cause affidavit states in a conclusory fashion that “the very different accounts provided by both Jasmine Arlene Rojas and Kassandra Garza-Rangel, led [police] to believe that they were lying,” the newspaper said.

The physical evidence also apparently suggested to the police that the woman and the girl were at fault.  The man’s wallet and identification were reportedly found in Garza-Rangel’s possession — hence the single aggravated robbery charge applied to both Rojas and Garza-Rangel.

The alleged victim’s name was not reported.

Rojas’s rap sheet shows that she’s been booked into the Webb County, Texas jail on nearly a dozen occasions over the years. Online records list one arrest in November 2016, one arrest in February 2017, two arrests in 2019, one arrest in 2020, four arrests in 2021, and two arrests (thus far) in 2022.  The various charges which spanned those years include disorderly conduct, drunk driving, criminal conspiracy to smuggle a person, burglary, theft of property, myriad accusations of assault, and multiple accusations of resisting arrest.  The legal outcomes of the arrests are not listed in the jail records.

Only one arrest — the one linked to the instant case — appears under Garza-Rangel’s name in the aforementioned jail records.