Texas Couple Allegedly Bound Three Young Children with Zip Ties, Locked Them in Cabinet ‘Sometimes for Days Without Being Fed’ 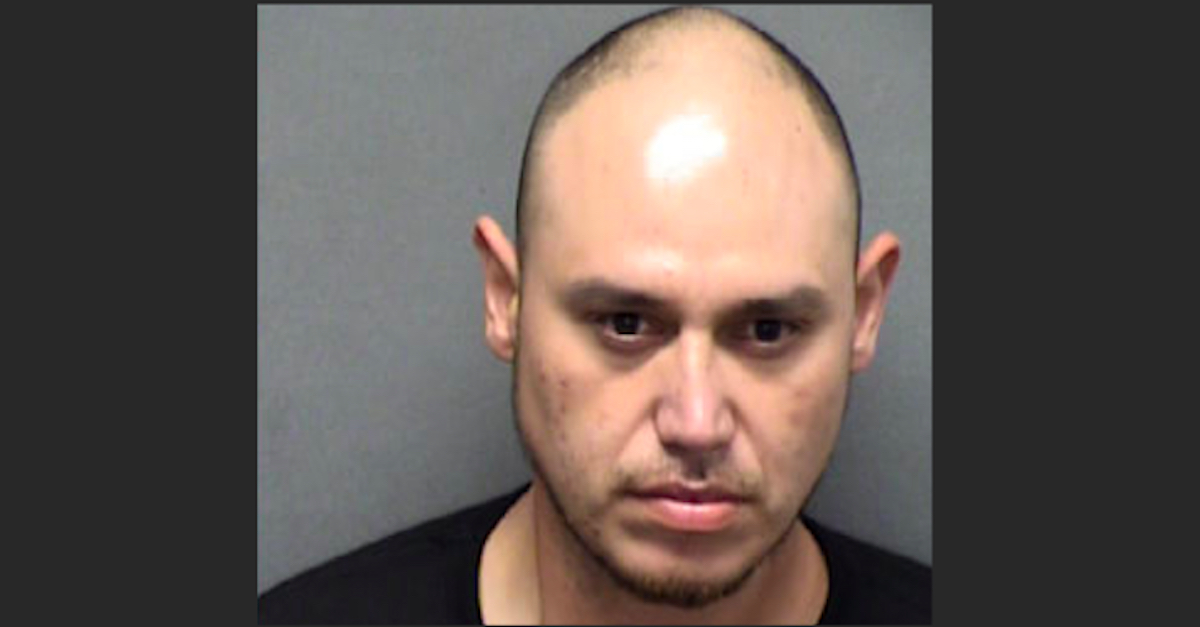 A 30-year-old father and 34-year-old mother in Texas found themselves behind bars for allegedly binding the hands of three young children with zip ties and locking them inside their kitchen cabinets, sometimes for several days at a time, police say.

According to an affidavit of probable cause obtained by the station, Diaz on Dec. 21 called 911 and told a dispatcher that her three children had been locked in cabinets in their home for the last three days. The San Antonio Police Department dispatched officers to the apartment complex where Diaz and Martinez lived to perform a welfare check on the children.

Upon arriving at the scene, first responders reportedly came across Martinez in the parking lot of the apartment complex. He was driving a truck with the three children, ages 5, 6, and 11, inside of the vehicle. Per the affidavit, Martinez followed officers’ instructions to exit the vehicle without incident.

Officers then interviewed Diaz, who reportedly said that approximately three weeks before she called 911, she discovered a cut on the head of her 6-year-old son. She said that when she asked her son how he sustained the injury, he told her it was from “hitting his head on a door handle.”

Per the report, Diaz said that when she confronted Martinez about the boy’s injury, he responded by telling her that he slapped the child, who then fall backwards and struck his head. He reportedly told her it was “an accident.”

Diaz reportedly told police that her son was crying and “appeared dazed” from the head injury. She added that she was afraid to let the child fall asleep for fear that he may not wake up, the affidavit further said. Police asked her why she didn’t immediately take the child to the hospital for treatment, to which Diaz responded that she was afraid authorities would take her children away from her.

In an interview with investigators, the 6-year-old boy reportedly said that Martinez slapped him several times and pushed him, per the affidavit.

Diaz reportedly told investigators that Martinez often physically abused the children. She reportedly said he used a variety of instruments — including his hands, a belt, and several plastic objects that were in the house — to hit the kids. She further claimed that he would “put the children in kitchen cabinets and lock them using screws,” KSAT reported.

Per the report, police said that the kids would be “locked in the cabinet, sometimes for days without being fed.” During such torturous times, they would reportedly only be let out of the cabinet to go to the bathroom.

During a search of the residence, officers found the cabinets that were allegedly used to imprison the children. Per the report, there were three separate cabinets that appeared to have holes around the outside consistent with someone using screws to lock the cabinet shut. Inside of the three cabinets, officers reportedly found zip ties on the floor and children’s drawings on the walls.

Diaz allegedly admitted to putting the kids in the cabinet one time, but claimed it was Martinez, not her, who then locked them inside.

Following an investigation, both Martinez and Diaz were taken into custody and booked at the Bexar County Detention Center. Martinez is facing three felony counts of endangering a child, three felony counts of unlawful restraint of a minor victim, and one felony count of third-degree injury to a child with the intent to cause bodily injury, per jail records reviewed by Law&Crime.

The San Antonio Police Department did not immediately respond to messages from Law&Crime seeking additional information.