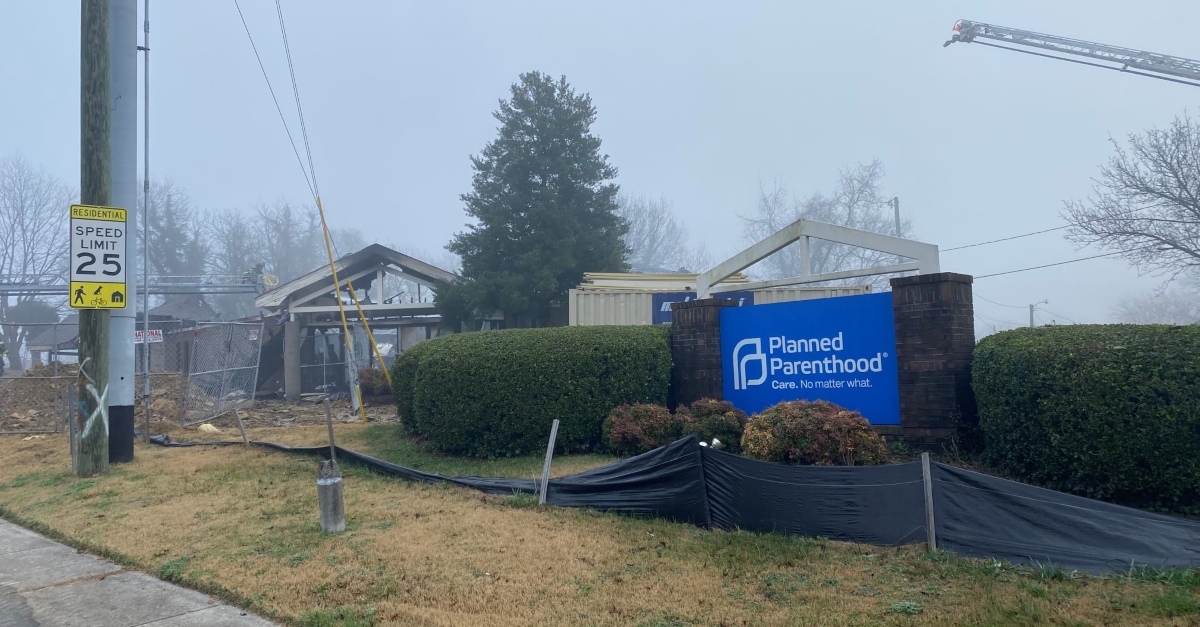 The New Year’s Eve fire that destroyed a Planned Parenthood in Knoxville, Tennessee, was ruled an arson, according to officials. One or more people started the blaze intentionally, investigators said.

“Knoxville Fire Department investigators, along with assistance from the Bureau of Alcohol, Tobacco, Firearms, and Explosives (ATF), have conducted a thorough scene investigation of the December 31st 710 N. Cherry Street – Planned Parenthood fire and determined the fire to have been purposely set by an individual or individuals who, at this time, remain unidentified,” the Knoxville Fire Department said in a statement on Thursday.

Officials previously said they got a call early Dec. 31 about the building being on fire.

“On arrival companies found a large single story commercial building fully involved with fire through the roof,” authorities wrote at the time. “Crews initially attacked the fire defensively from the exterior. Currently the fire is under control and should be declared out shortly. The building was being renovated at the time of the fire. The building is a total loss.”

Investigators did not suggest a motive, but Planned Parenthood has long been a political lightning rod as the nation’s leading abortion provider. Violence aimed at Planned Parenthood, and similar providers and clinics is hardly unprecedented. For example, Robert Dear was charged with opening fire at a Planned Parenthood in Colorado in Nov. 27, 2015, killing police officer Garrett Swasey, 44, Army veteran Ke’Arre M. Stewart, 29, and mother of two Jennifer Markovsky, 35. He also wounded nine others, authorities said. Dear’s case has stalled in both state and federal courts because judges determined he was incompetent to face trial.

The Knoxville Fire Dept. determined the New Years Eve fire at Planned Parenthood to be Arson.

The building was under a $2.2 million renovation, funded mainly by donations.

This morning- a former patient explained the fire “feels like an attack.” @wbir pic.twitter.com/Drq1l0osDx

“The Knoxville Fire Department is asking for the community’s help; if you have any information related to the fire please call 1-800-762-3017 or email [email protected],” fire officials said regarding the Knoxville fire. “There is a reward of up to $10,000.00 for information that would lead to the prosecution of anyone involved in any criminal activity related to this fire. All calls are confidential.”