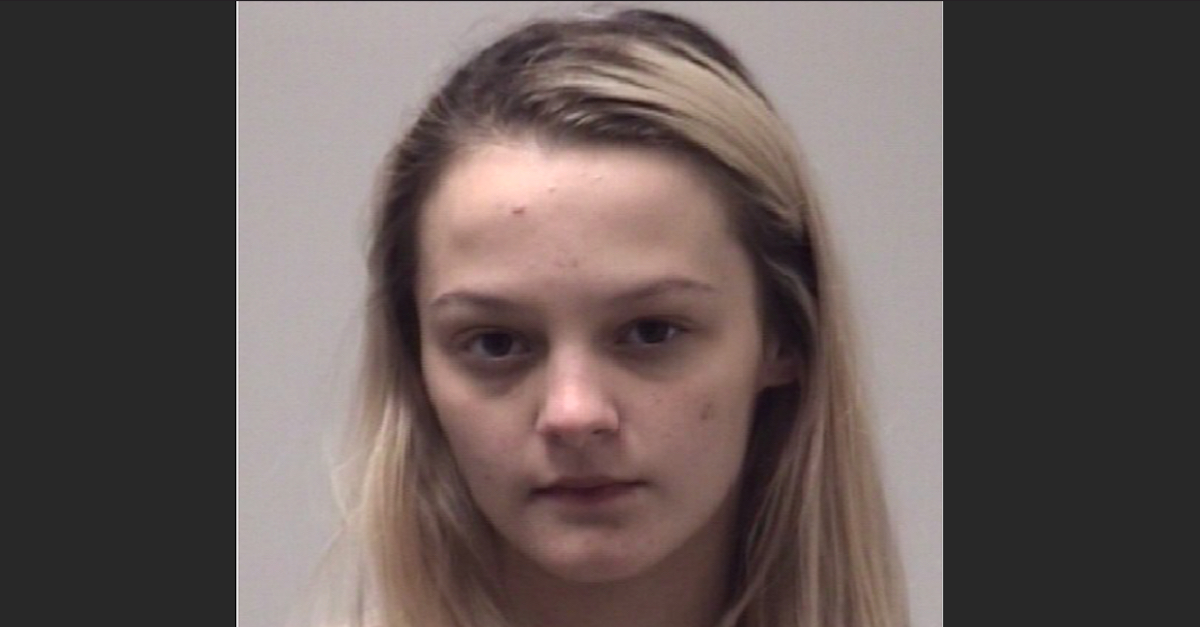 A 19-year-old mother in Georgia is facing murder and child cruelty charges in connection with the death of her infant son who drowned in June, police said.

Anslie Nicole Brantley, of Alamo, Georgia, was taken into custody on Friday and charged with second-degree felony murder and second-degree child cruelty over the death of her 10-month old child. Police believe Brantley was on drugs when the baby boy drowned while taking a bath with her.

According to the arrest report, the investigation began on June 9, when deputies with the Coweta County Sheriff’s Office responded to a call about an unresponsive child (identified in documents as approximately a year old) at a home on Lasseter Road. When the first deputy arrived, the Coweta County Fire Department was already on the scene and had performed CPR on the infant. One of the firefighters told the deputy that “they suctioned a lot of water from the child” and were transporting him to nearby Piedmont Newnan Hospital.

The deputy said that he spoke with Brantley’s mother, Kelli Gordon, 36, who told him that Brantley and the child were taking a bath in the upstairs bathroom, according to the police report obtained by Law&Crime. Gordon, who owns the home where the incident occurred, said she tried to check on her daughter and the child several times “since she had been in the bathroom for some time,” but only got mumbled responses that she could not understand so she “went back to watching TV.”

“About 10 or 20 minutes later, Ansley [sic] started screaming. [Redacted] got up and went to Ansley [sic] as she was holding [the infant] and said he can’t breathe, what do I do,” Gordon told the deputy, per the report.

Gordon said she then took the child from her daughter and “began resuscitating him,” telling the deputy that she “saw how blue he was, and he was cold, real cold.”

The deputy said that after speaking to Gordon he went to the bathroom to speak with Brantley who was “sitting in a chair with only a towel wrapped around her crying.” Brantley was “not in a state where she was willing to speak” with the deputy.

The infant was pronounced dead at the hospital later that day.

During the ensuing investigation, detectives said they discovered that Brantley had taken drugs prior to getting in the tub with her son and fell asleep, allowing him to drown, local news outlet The Newnan Times-Herald reported over the weekend.

According to the report, officers executing a search warrant on the residence found methamphetamine in the home. Gordon, who has five other children, was also arrested and charged with possession of narcotics. Gordon’s five other children were reportedly placed in the care of the Georgia Department of Family and Children’s Services.

Toxicology tests were performed on both Brantley and her son by the Georgia Bureau of Investigation (GBI), but results were not available Monday morning.

Brantley was processed and is being housed in the Coweta County Jail. She was denied bond.

Gordon also remained behind bars as of Friday on charges that were unrelated to the drug charge or her grandson’s death, per the Times-Herald.

Read the police report below.