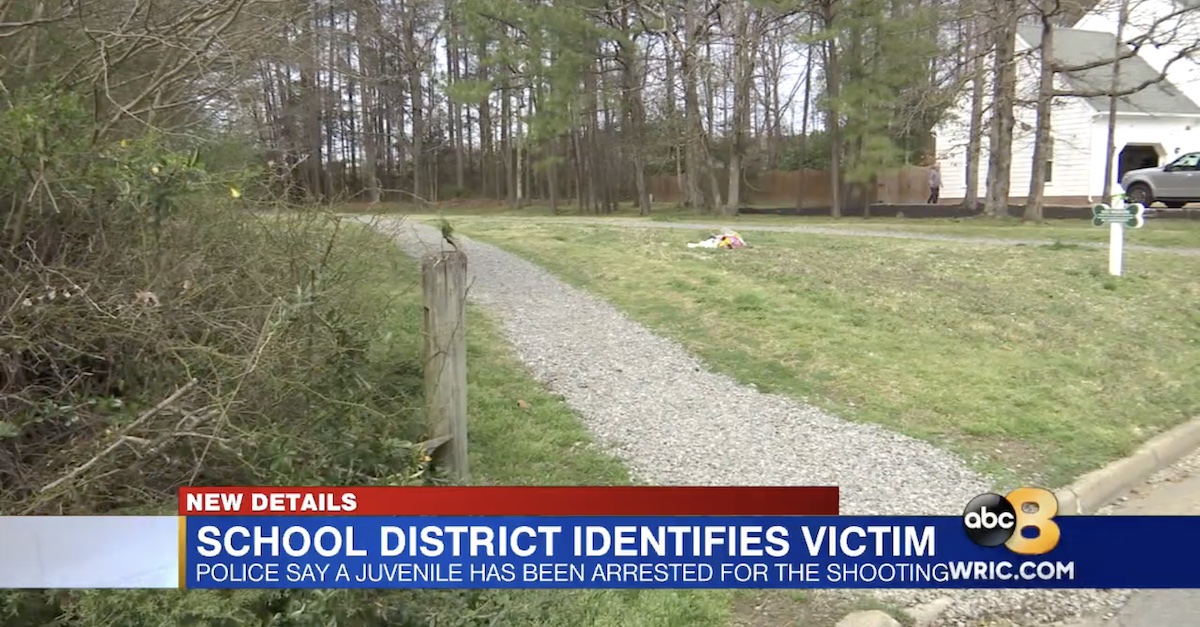 A 14-year-old boy who was charged in late March with second-degree murder in the shooting death of 13-year-old Lucia Whalen Bremer now faces three new charges, including one for allegedly threatening a school shooting online.

The other two charges are attempted murder and brandishing a firearm. These charges stem from the suspect allegedly pointing a gun at another girl Bremer was walking with at the time of the shooting. The other girl was described as younger than 13. As Law&Crime previously reported, police said that Bremer was walking on a path in Henrico County, Virginia with one of her friends at the time she was she was shot.

Henrico County Commonwealth’s Attorney Shannon Taylor said on Monday that the teen suspect, who has not been named as he has not been charged as an adult, made the alleged school shooting threat in an online post comment to the Bremer shooting. Taylor said the alleged threat was not known to authorities until after the Bremer shooting; a citizen reported it to the FBI. It appears that the alleged threat was made in the form of a comment under a video. Per WRIC:

Taylor told 8News the teen shared an existing video on an undisclosed social media platform that included contents “depicting” a school shooting. Though the teen did not appear in the original video post, he was said to have commented on it.

It’s unclear which school the teen allegedly threatened to shoot up.

Bremer was a pronounced dead at a hospital on March 26, the day of the shooting. Police said that the suspect fled the scene and was not arrested until the next day on charges of second-degree murder, possession of a firearm by a juvenile, and use of a firearm in the commission of a felony.

It remains unclear at this time if the suspect will ultimately be charged as an adult. An evidentiary hearing has been scheduled for Sept. 13. Taylor reportedly has until then to make a decision. The Commonwealth’s Attorney said she was also focusing on whether to bring charges against the unidentified adult whose gun was allegedly used in the Bremer shooting. That adult is a member of the suspect’s household, The Richmond Times-Dispatch reported.

“The Bremers and public have been very interested in how that even happened. I promise the public, and of course, my promise to the family is with what we know it certainly is necessary to hold people accountable,” Taylor said, according to NBC 12. “As everyone knows here ‘holding people accountable’ to me does not necessarily mean everyone is going to jail forever or anything of that nature, but I think it’s important to know that recognize the importance of responsible gun safety.”

It was previously reported that the victims did not know the suspected killer.

"…Lucia’s name means 'light'. She radiated happiness, and she loved our school." We are heartbroken and devastated to share Principal Melanie Phipps’ message to the Quioccasin MS community (family photograph shared with permission from the Bremer family) https://t.co/1QadCsdVER pic.twitter.com/WvSpiVT5su

After the shooting, Bremer’s grieving family posted said that their daughter was “beloved” and a “joyful farmer.” She is survived by her parents, two brothers, and grandparents.

Quioccasin Middle School Principal Melanie Phipps mourned Bremer’s death in a statement issued publicly on the school’s website. Phipps said that Lucia’s name, which means “light,” is the “perfect way to describe her.”

An obituary noted that Bremer was an “honors student in the 8th grade at Quioccasin Middle School and was a member of the soccer team.”

“She played travel soccer as a center midfielder with the Richmond Strikers. Lucia was also a farmer, playing an integral part of all operations at the family-owned Liberty Tree Farm located in Louisa County. She was known for being kind and friendly, her laughter filling every room she entered and her vibrance remaining there upon her departure,” the obituary said. “Lucia’s death is being felt far and wide. Her family is dedicated to moving forward with the same love and joy that Lucia exuded each day.”

Bremer’s funeral was held on April 3.