Alex Murdaugh Turns Himself in for Insurance Fraud Case 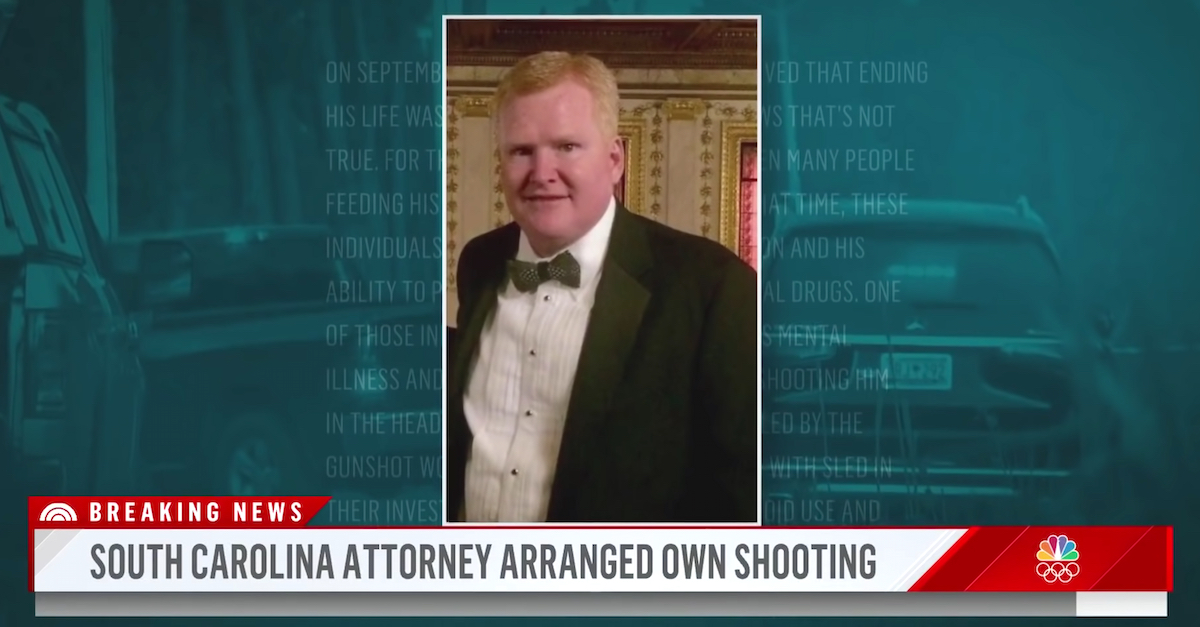 Alex Murdaugh appears in an image obtained by NBC’s “Today.”

Embattled and suspended South Carolina attorney Richard Alexander “Alex” Murdaugh has — as expected — turned himself in to authorities to face charges in connection with an alleged insurance fraud scheme.  CNN and the New York Times reported that Murdaugh was planning to turn himself in by 2:00 p.m. Thursday; court officials said a hearing was scheduled for 4:00 p.m.  WCBD-TV reporter Riley Benson tweeted video of Murdaugh presenting himself at the Hampton County Detention Center around 11:20 a.m.

The South Carolina Law Enforcement Division (SLED) on Thursday said it “arrested” Murdaugh, 53, “in connection to the shooting incident on Sept. 4 in which he conspired with Curtis Edward Smith to assist him in committing suicide for the explicit purpose of allowing a beneficiary to collect life insurance.”

Smith, 61, of Colleton County, S.C., was arrested Tuesday. Authorities say Smith admitted to being present when Murdaugh was shot in the head — the wound was reportedly minor — and then admitted to disposing the gun Murdaugh allegedly provided for the prearranged attack. SLED said Murdaugh confessed to concocting a scheme whereby Smith would kill him; Murdaugh’s son would then have inherited a $10 million life insurance policy, Murdaugh allegedly told law enforcement.

Smith is reportedly one of Murdaugh’s former clients. 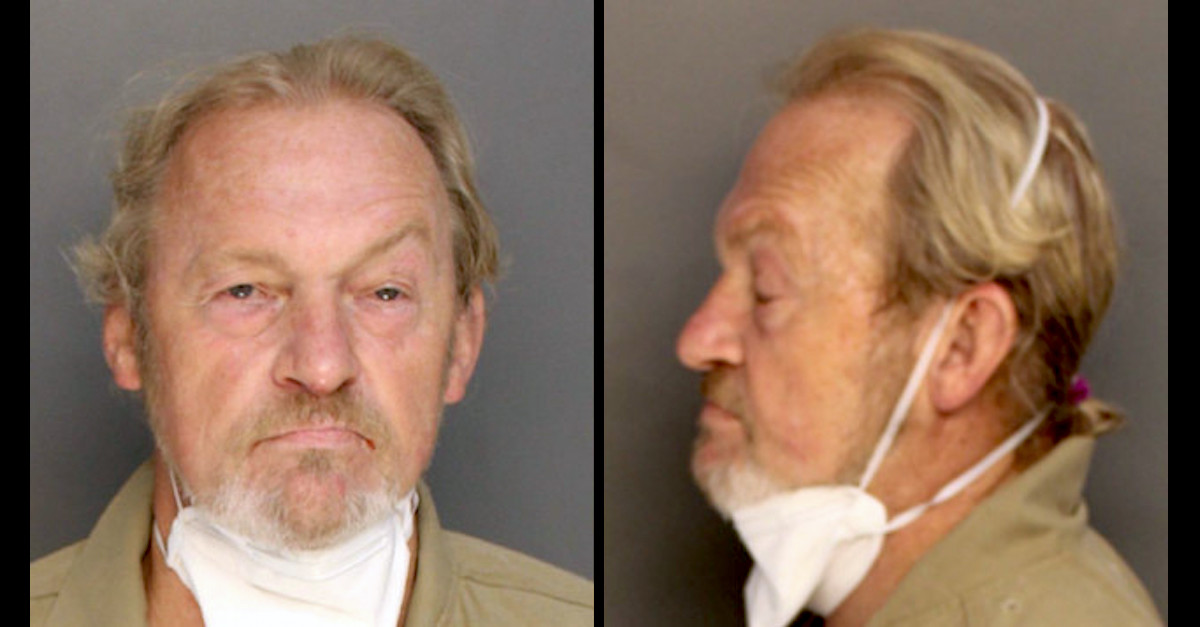 SLED also announced on Wednesday evening that it was also reopening an investigation into the Feb. 26, 2018 death of Gloria Satterfield, a Murdaugh family housekeeper.

“Based upon a request from the Hampton County Coroner earlier today, as well as information gathered during the course of our other ongoing investigations involving Alex Murdaugh, SLED is opening a criminal investigation into the death of Gloria Satterfield and the handling of her estate,” a terse news release said on Wednesday night.

Attached was a letter request from Hampton County, S.C. Coroner Angela Topper, who said that a civil settlement indicated that Satterfield died “as a result of injuries sustained in a trip and fall accident, in Hampton County.”

“The defendant in this action was Richard A. [Alex] Murdaugh,” the coroner’s letter continued. “The decedent’s death was not reported to the Coroner at the time, nor was an autopsy performed. On the death certificate the manner of death was rule ‘Natural,’ which is inconsistent with injuries sustained in a trip and fall accident.”

“In light of the inconsistencies noted above, I feel that it is prudent to pursue an investigation into Gloria Satterfield’s death,” the coroner concluded.  SLED agreed and determined the investigation should be criminal in nature, the news release reiterated.

SLED also this week told local news organizations that it was reopening a probe into the 2015 death of Stephen Smith, 19, who was reportedly associated with the Murdaugh family.

The alleged attempted killing of Alex Murdaugh and the reinvestigation of the Smith and Satterfield deaths comes months after two other Murdaugh family members were murdered. 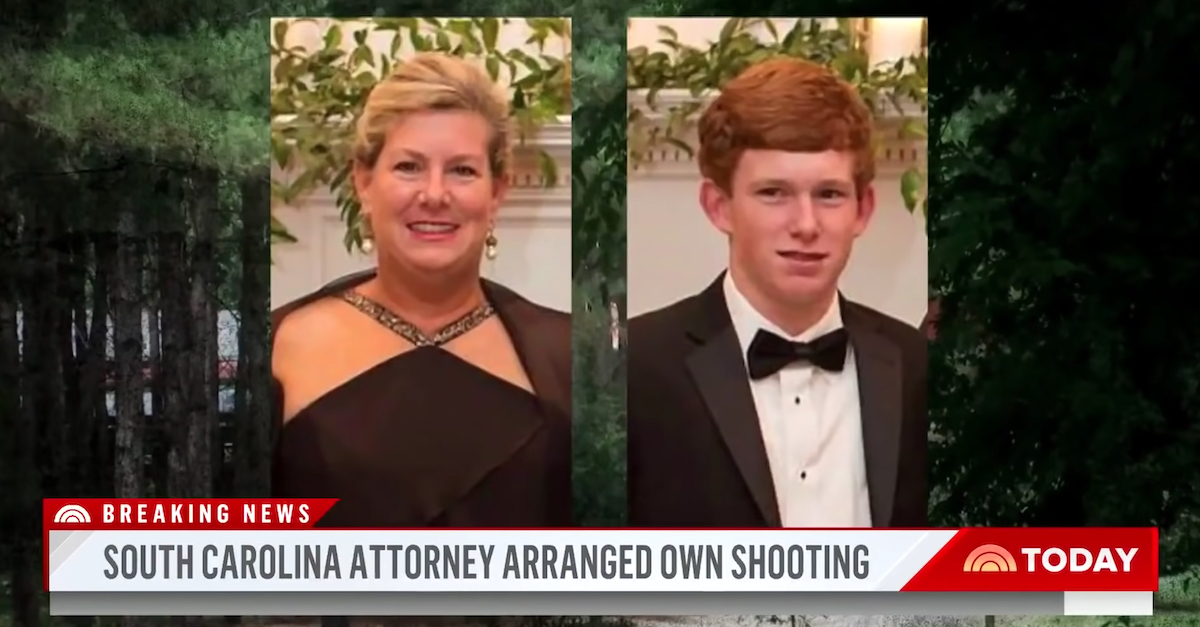 Alex’s wife Margaret “Maggie” Murdaugh, 52, and his son Paul, 22, were both found killed on Murdaugh family property in mid-June. Paul Murdaugh was facing criminal charges at the time of his death. He had been steering a boat owned by Alex Murdaugh when it crashed in February 2019 and killed Mallory Beach, 19.

Richard Harpootlian, another of Alex Murdaugh’s attorneys, told NBC News on Wednesday that his client sought to come clean about the plot to end his own life because he wanted law enforcement to spend its time and resources looking for whoever killed Paul and Maggie.

Editor’s note:  this report has been updated to contain additional details from documents released by SLED.