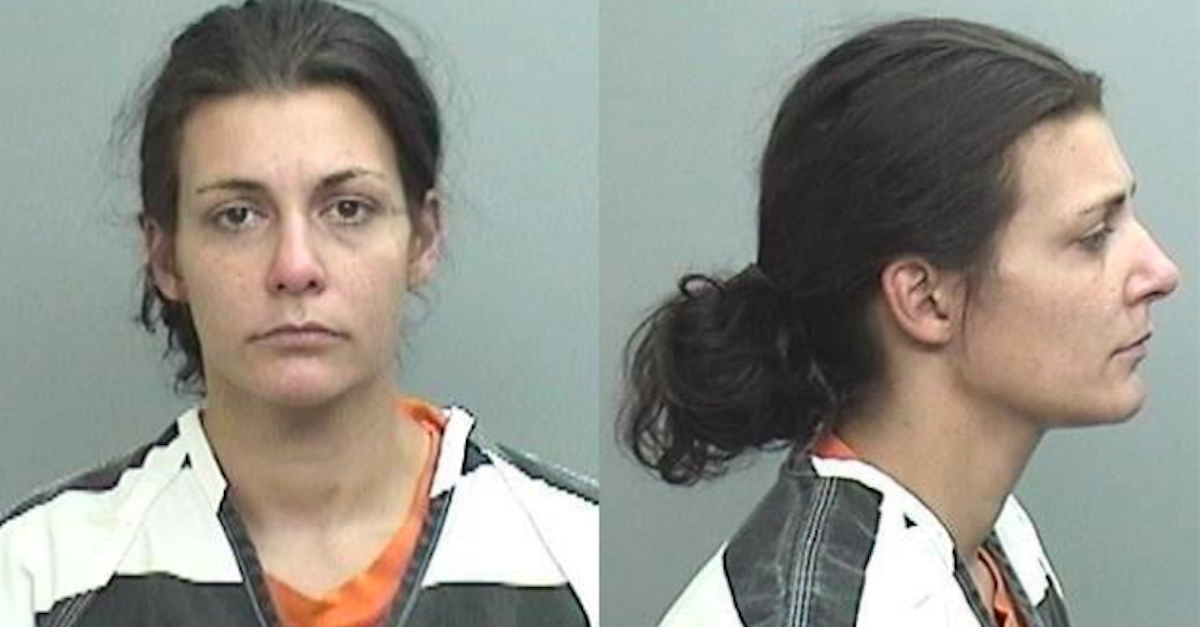 A California woman was convicted of killing her newborn baby girl who authorities say died after overdosing on meth that was ingested through her mother’s breast milk.

According to the Mendocino County District Attorney’s Office, Heather Allison Marsh-Haas, 31, appeared before County Superior Court Judge Carly Dolan on Tuesday and pleaded guilty to voluntary manslaughter in connection with the death of her 30-day-old daughter who died late last year of methamphetamine toxicity. Prior to reaching an agreement with prosecutors, Marsh-Haas was facing multiple felony charges that included child cruelty and willful harm resulting in death.

Marsh-Haas in December 2020 brought her newborn daughter to the emergency room at Adventist Health Ukiah Valley after the child lost consciousness and appeared unresponsive. The medical staff attempted life-saving procedures to resuscitate the child but were ultimately unsuccessful and the infant was pronounced dead. In accordance with state law following the death of a child, hospital personnel reportedly contacted the Mendocino County Sheriff’s Office who were dispatched to the scene.

Per the district attorney’s office, hospital medical staff took a blood sample from Marsh-Haas “as part of their efforts to try and save the child.”

“Subsequent toxicology tests of that sample revealed the presence of methamphetamine in the defendant’s drawn blood,” the DA said.

Pathologist Dr. Bennet Omalu then performed a post-mortem forensic examination to help investigators determine the cause of death.

“With the help of toxicology tests, Dr. Omalu conclusively determined that the little girl died as a result of methamphetamine toxicity,” the district attorney’s office said. “The joint law enforcement and medical investigations determined that the lethal source of the child’s methamphetamine was from the mother having recently ingested drugs that she then passed through to the child in her breast milk.”

Assistant District Attorney Dale P. Trigg worked with investigators in the sheriff’s office to develop evidence in the case and ultimately made the decision to initially charge Marsh-Haas with felony counts of involuntary manslaughter in the commission of an unlawful act, cruelty to a child resulting in injury, and willful harm resulting in death. The charges were enhanced due to her having previously been convicted of a felony.

Deputies arrested Marsh-Haas on Aug. 26 and booked her in the Mendocino County Jail with bond set at $210,000. Records currently show the Marsh-Haas has been sentenced.

As part of her plea agreement, Marsh-Haas stipulated to a presumptive sentence of 72 months, or 6 years, in state prison. Per the district attorney, Judge Dolan agreed to impose the stipulated sentence at a formal sentencing hearing currently scheduled for Oct. 8.

The district attorney noted that voluntary manslaughter is a form of homicide that mitigates a defendants culpability but still requires “the same lethal intent as murder.”

“Pursuant to the California Penal Code, voluntary manslaughter is also one of only twenty-two felonies characterized as violent by California law so any work or good time credits the defendant may attempt to earn towards her early release from state prison to parole supervision shall be limited to no more than 15-percent of the total sentence to be imposed,” the district attorney’s office stated.

The voluntary manslaughter conviction also constitutes a strike under the state’s Three Strikes law, which was modified by ballot initiative in 2012.

Online records show that Marsh-Haas had previously been sentenced to serve 24 months for first-degree burglary.