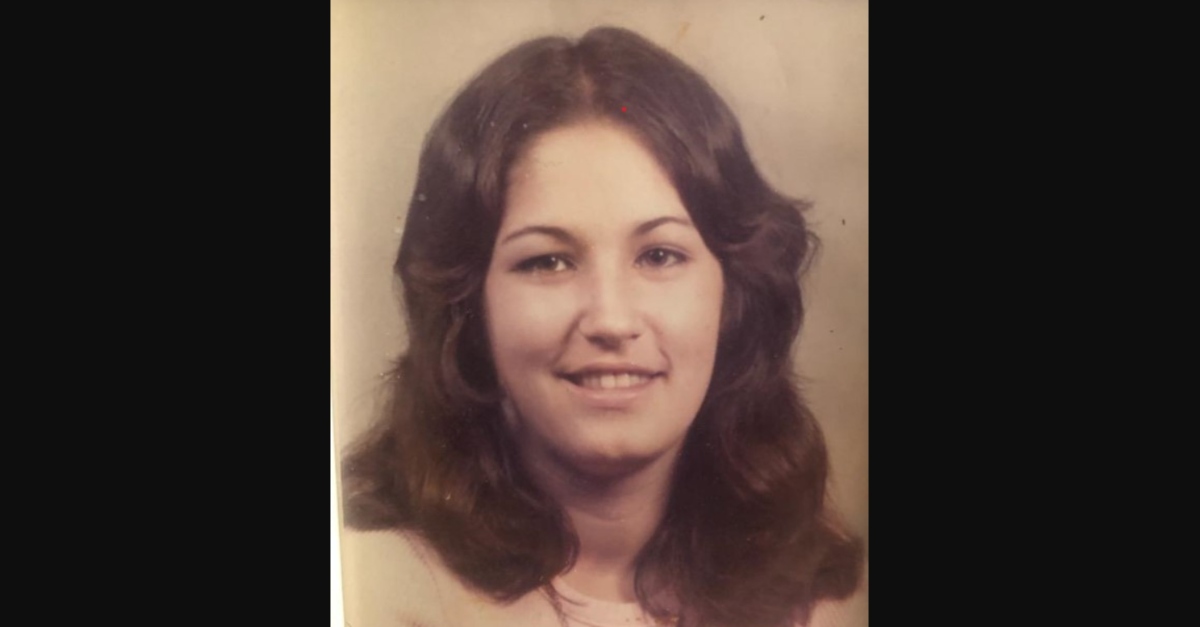 There remains no justice for a teen found bound, beaten, strangled and sexually assaulted 45 years ago, but police have finally identified the victim.

The girl long known as “Woodlawn Jane Doe” is actually Margaret Fetterolf, 16, a resident of Alexandria, Virginia, officers said in an update on Wednesday. The Northern Virginia city is about a one-hour drive south from where detectives found the victim’s remains: the Baltimore County area of Woodlawn, Maryland, on the 5600 block of Dogwood Road near Lorraine Park Cemetery.

The next step for authorities is to find out who killed Fetterolf.

“We now know Margaret Fetterolf lived in Alexandria, Virginia,” cops said. “She was 16 years old when she was killed. Family members say she went missing in 1975. By knowing Margaret’s identity, detectives are now one step closer to catching the people responsible for her murder.”

Investigators found Fetterolf wearing a rawhide necklace with a turquoise bead on Sept. 12, 1976, according to a timeline of events shared by police. She was at a cemetery access road, bound, beaten, and strangled with a ligature. Investigators also found two keys on a safety pin in her pocket. 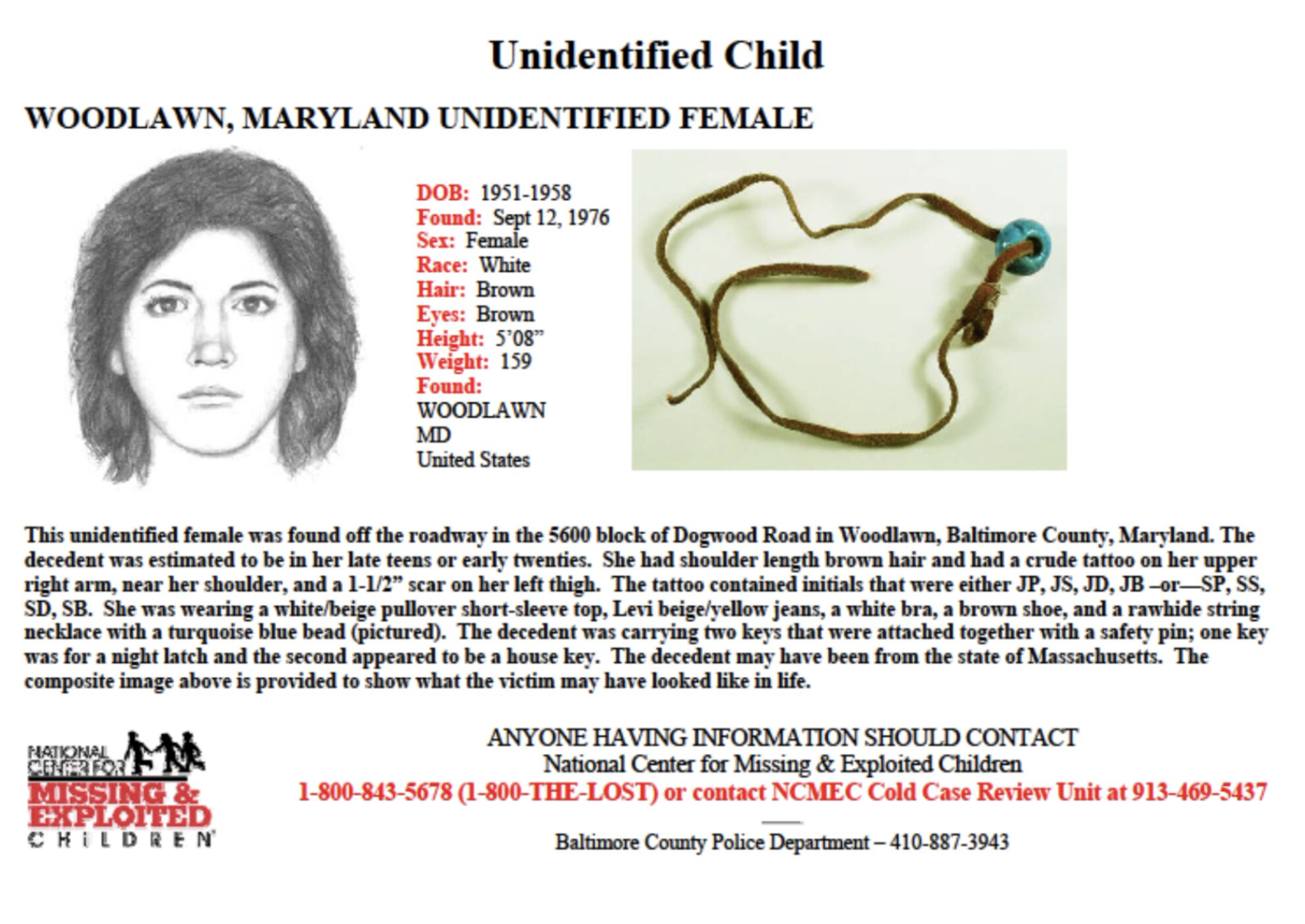 “Chlorpromazine was found in her system, which may have been used to sedate her,” cops said. “The victim was also violently raped.”

Authorities said they detected semen in 2006. In 2015, analysis of pollen suggested that “blend of cedar and mountain hemlock pollen” pointed toward the Arnold Arboretum of Harvard University — all the way up in Boston, Massachusetts. Police investigated whether “Woodlawn Jane Doe” was from the area, but it now turns out that she was actually from nearby.

Officers ask that anyone with information call Baltimore County detectives (410) 307-2020.