State Wants Jurors to See ‘Lewd’ Search History of Woman Who Allegedly Killed Her Kids, Had Sex with Dog 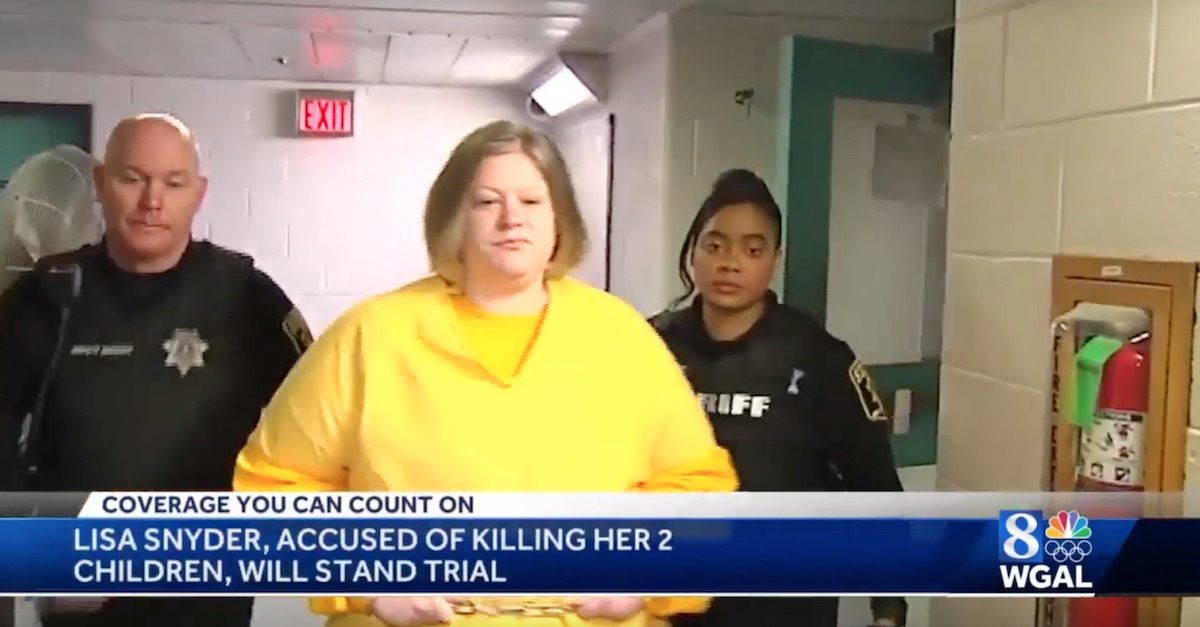 Both sides of the Lisa Snyder murder case are in a tug of war over some “lewd” evidence.

As may be expected, the defense has been trying to stop the prosecution from showing jurors search history that concern subject matter “regarded by society as lewd, lascivious and/or unduly offensive,” according to filings obtained by The Allentown Morning Call. They argued this that will prejudice the panel. Prosecutors, however, say they want to use the evidence to prove their case against Snyder, 38, who allegedly murdered her two children, and had intercourse with a dog.

This a death penalty case. Snyder’s lawyers have announced plans to seek an insanity defense.

The defendant, 38, hanged her son Conner, 8, and daughter Brinley, 4, from a dog leash in the basement of their home on September 23, 2019, and then tried to play this off after her depressed son committing a murder-suicide.

Investigators called B.S. on that explanation. Conner, whom Snyder allegedly claimed had been bullied at school, was happy and had a lot of friends, according to teachers, students, and a bus driver who knew him.

Another fraught matter in this case is another charge in which Snyder is accused of having sexual relations with a dog.

As told in the allegations, certain incriminating pictures surfaced during the death investigation. Her defense has been trying to split this from the murder case, arguing that it will prejudice the jury against Snyder. As for the insanity defense, lawyers said she had a long history of severe mental illness dating back to age 16, including major depression with psychotic features, and suicidal ideation.

A hearing is set for Feb. 25 over the defense motion that opposes use of the internet history.