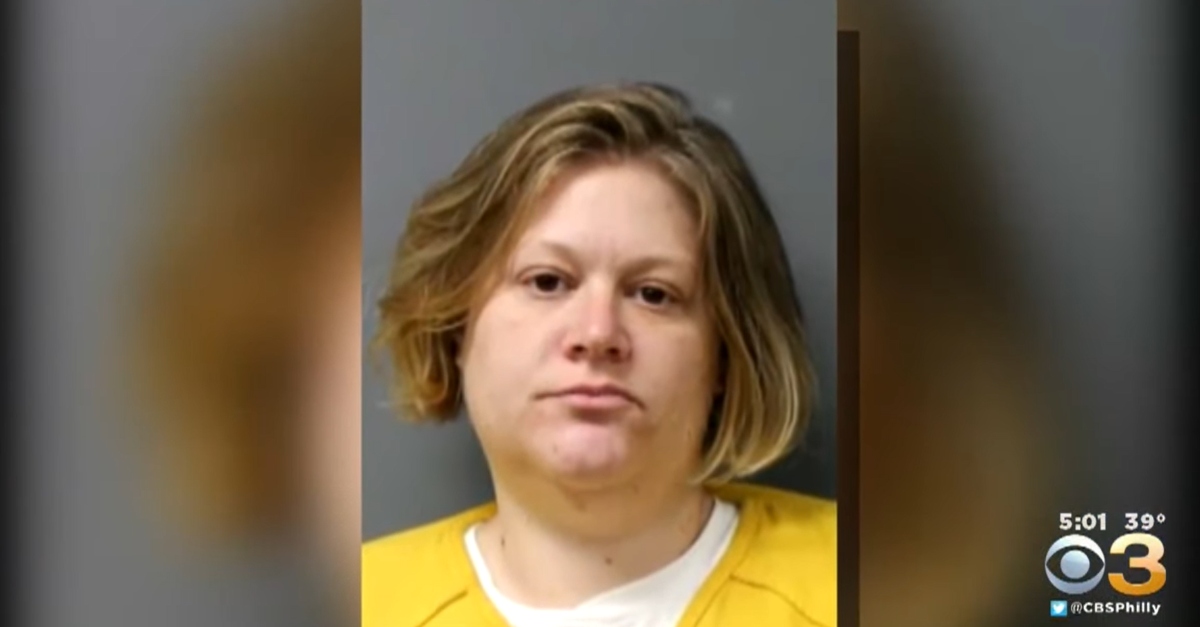 Prosecutors in Berks County, Pennsylvania want death for a woman who allegedly hanged her two children from a dog leash. Can the attorneys for defendant Lisa Snyder, 37, stop this? They have filed paperwork for an insanity defense, according to records obtained by The Allentown Morning Call.

Snyder is accused of hanging her son Conner, 8, and daughter Brinley, 4, in the basement at their home. She allegedly tried to shift blame onto the male victim. According to cops, she claimed that he was being bullied at school and was depressed. State Trooper Ian Keck testified that at a preliminary hearing, however, that Conner was happy and had lots of friends according to teachers, students, and a bus driver.

Mom did it, says the prosecution. Defense lawyer Dennis Charles has argued that the state’s case was circumstantial.

In the new documents, attorneys assert that Snyder experienced a long history of “severe mental disorders,” going as far back as post-partum depression at age 16. Other conditions included major depression with psychotic features, and anxiety disorder. This resulted suicidal ideations, they said. According to this story, she perceived that the kids were being hurt by others, and she wanted to protect them “from feelings of abandonment and/or to alleviate the painful feelings and situations they were experiencing at the time.”

Here’s what Pennsylvania law has to say about mental illness for the purposes of criminal court:

(1) “Mentally ill.” One who as a result of mental disease or defect, lacks substantial capacity either to appreciate the wrongfulness of his conduct or to conform his conduct to the requirements of the law.

(2) “Legal insanity.” At the time of the commission of the act, the defendant was laboring under such a defect of reason, from disease of the mind, as not to know the nature and quality of the act he was doing or, if he did know it, that he did not know he was doing what was wrong.

Cops say that Snyder told that she found her children hanging, and tried to lift them, but she was sweating a lot from her “anxiety spikes.”

In any case, authorities also claim that there were photos of the defendant sexually abusing the family dog. The defense is asking that those charges be severed from the murder case, arguing the evidence there “will impermissibly inflame the passions of, and unfairly prejudice the jury.”