‘So Many Unanswered Questions’: Victims and Family Members Get ‘Bittersweet’ News That 1995 Atlanta Rape and Murder Cold Case Ends with Suspect Dead 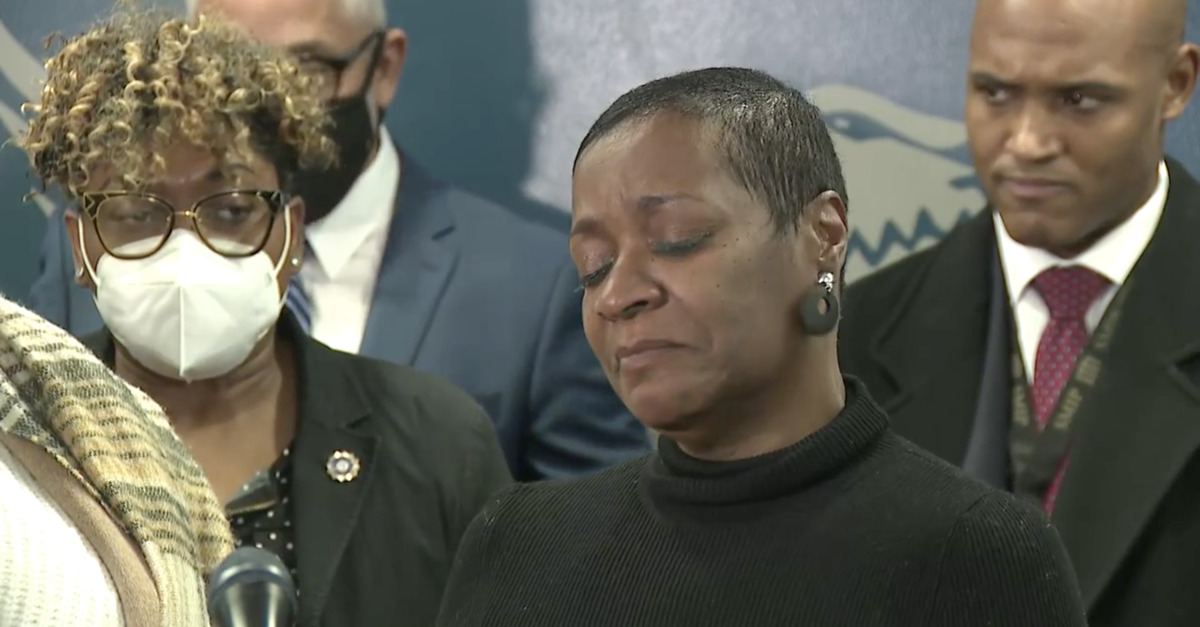 “Today for me was a bittersweet moment,” the girl’s mother Acqunellia Smith (center) said at a press conference.

Nacole Smith was 14 years old when she was raped and murdered in the woods near an apartment complex in Atlanta back in 1995. Now, nearly 27 years later, police say they’ve finally solved the case.

That news, however, does not fully comfort to the girl’s mother because the assumed rapist and murderer got off scot-free after dying of liver and kidney failure in a Fulton County hospice last summer.

“Today for me was a bittersweet moment,” Acqunellia Smith said during a press conference on Monday. “I never imagined this person would be deceased, so many unanswered questions I had for him that I can never ask and get answers, but I would never say it was closure for me because I will live for this pain for the rest of my life.”

The presumed killer, 49-year-old Kevin Arnold, was linked to Smith’s death by way of DNA evidence after a separate sexual assault in the Atlanta suburb of East Point that occurred in 2004.

“That means Nacole’s killer was back,” former Atlanta Police Department homicide detective Vince Velasquez said during the press conference. Now a private security consultant, Velasquez was responsible for reopening Smith’s cold case in 2002. But it would be another 19 years before genealogy and ancestral databases were used to positively identify the suspect in both crimes in late 2021, according to local Fox affiliate WAGA.

The break actually came the summer before, in July 2020, when the Georgia Bureau of Investigation found a second cousin twice removed from Arnold, according to local CBS affiliate WGCL.

Investigators reportedly feared their DNA sample was running out and that the match might take several years and thousands of interviews to be confirmed against the eventual suspect–but in the end, it was just a matter of months.

Arnold was never prosecuted for either crime.

“The victim was found in a wooded area in the rear of building number nine of the Deerfield apartment complex,” the original police report notes, citing Nacole Smith’s injury as a “gun shot wound to the head.”

During the press conference, Velasquez elaborated on the circumstances of the girl’s death. On June 7, 1995, she was on her way to school but turned back after realizing that she forgot some homework. While cutting through the wooded area in question, she was ambushed and attacked. Velasquez said Smith was assaulted, raped, and shot twice in the face. Her body was found later that day.

Breaking news: Cops have ID’d a suspect in the 1995 murder of 14-yr-old Nacole Smith. Thx to solid investigative work & genealogy, they tracked down an Atl man and will release more info soon. To hear my @inside_crime episode about Nacole’s case, go here: https://t.co/OujM4XUF2j pic.twitter.com/ufKpju9EL2

Betty Brown was the 13-year-old girl who Arnold sexually assaulted in 2004. She also spoke, through tears, at the press conference.

“I never thought that I would be here speaking,” she said. “I don’t even know what to say. This has been a part of my life that I have hidden for a while because I just did not want to live in that pain anymore. But I’m here. I’m not okay with the situation on how long it took us to get here. But I’m happy I’m finally here–that he’s no longer out there.”

After Velazquez retired, the investigation was passed along to APD Homicide Detective Scott Demeester, who was just a few months older than Nacole Smith at the time she died.

“I would not have been able to do what I did without a lot of help from a lot of people,” he said at the press conference. “I was just glad to be able to make that phone call to Mrs. Smith.”

Acqunellia Smith was overwhelmed by the pain on Monday.