Snapchat Video Showed That Substitute Teacher ‘Took Advantage’ of Student for ‘Her Own Twisted Pleasure’: Sheriff 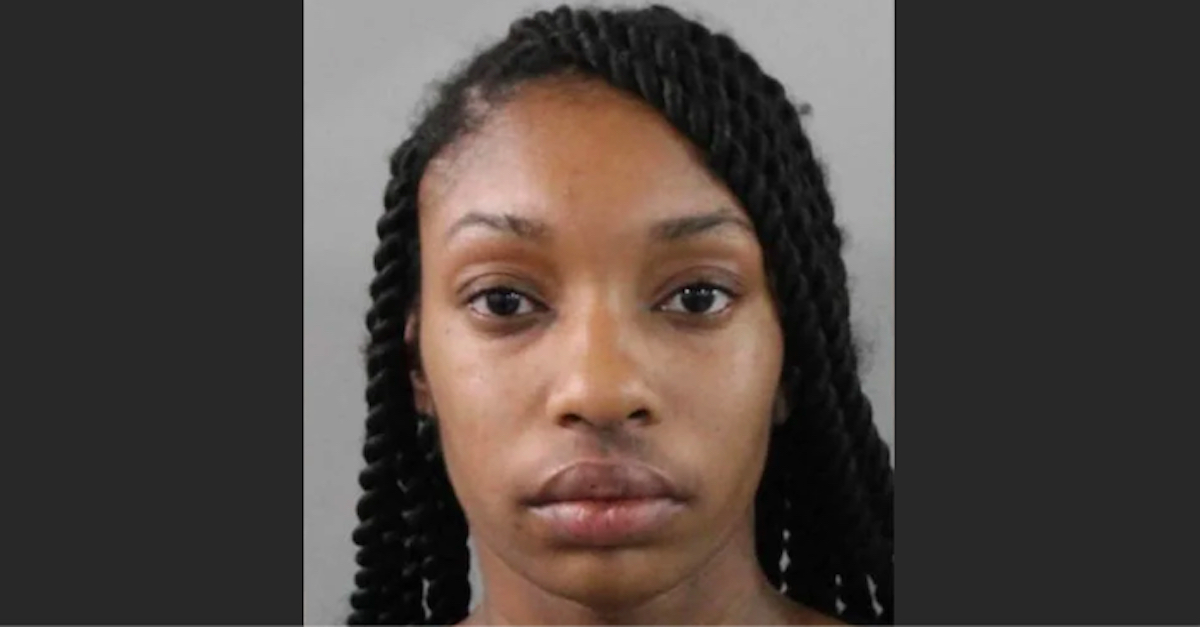 A substitute English teacher in Florida was arrested after law enforcement authorities say she admitted to having unprotected sex with a minor student on several occasions. Ayanna Davis, 20, was taken into custody on Friday and charged with four counts of sexual battery by a custodian and one count of offenses against students by an authority figure, the Polk County Sheriff’s Office announced.

According to the sheriff’s office, the investigation into Davis began on Dec. 3 when authorities learned about the alleged existence of a video showing Davis having sex with the victim, who police said is 16 years old or younger. A student at LHS reportedly told Lakeland Police Department School Resource officers that the video had been posted to Snapchat and claimed that a large group of students on the LHS football team had all viewed the video together.

Detectives with Lakeland PD requested the assistance of Polk County deputies after it was determined that Davis lived outside of Lakeland’s city limits.

The sheriff’s office said that investigators first interviewed the alleged victim, whose name is not being disclosed because of their age, who allegedly confirmed having multiple sexual encounters with Davis. When Davis was interviewed, she allegedly admitted that she had sex with the student at least four times, twice at her home and twice at the student’s home. The sheriff’s office said the victim’s statements matched Davis’s admission.

“This is a clear violation of sexual battery laws. She was in a position of influence over the victim, and she took advantage of that for her own twisted pleasure,” Polk County Sheriff Grady Judd said in a statement announcing the arrest.

While investigators with the sheriff’s department have not viewed the video that was allegedly posted on Snapchat, detectives are confident the video exists and are continuing to run down leads, according to a report from Tampa NBC affiliate WFLA-TV.

“I know it’s out there someplace,” Sheriff Judd told the station. “It always is and that’s not a good thing. He’s still a juvenile, a child, and she’s an adult and she had sex and it’s wrong on every level.”

Officials for the district noted that Davis was not a Polk County Public School employee. Rather, she worked for Kelly Education Services, a staffing company that assigned her to work at Lakeland High.

“We expect substitute teachers to uphold the same high standards of conduct and professionalism as our full-time educators,” Polk County Public Schools Superintendent Frederick Heid said in a statement. “The charges against this person are disgraceful and a complete violation of the trust that teachers build with their students. There is no room in our schools for this type of conduct.”

Heid also said that Kelly Education Services had been informed that Davis is no longer permitted to work at any of its school sites.

A spokesperson for Kelly Education Services told WFLA that Davis, who had been with the company since August, is no longer being assigned to work anywhere.

“The safety of students is our highest priority,” Denise Ridenour wrote in an email to the station. “Ayanna Davis has been deactivated and is not able to accept assignments pending the outcome of the criminal investigation.”

Davis was released on Monday after posting $60,000 bond, jail records show. She is currently scheduled to appear before a judge for her arraignment on Jan. 10, 2022.