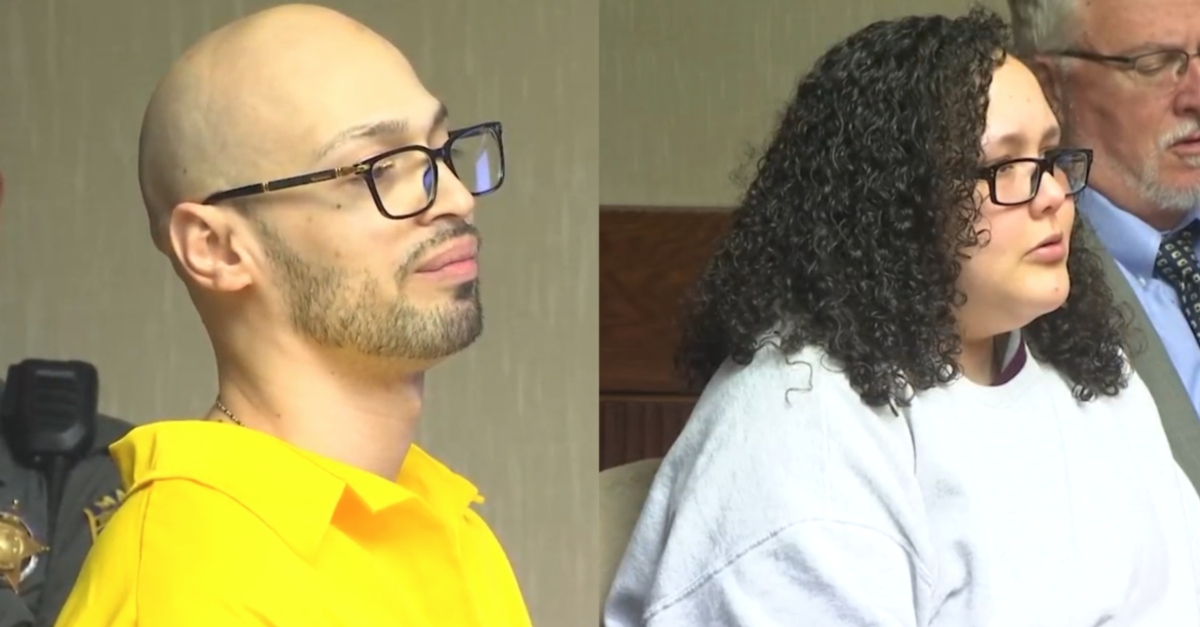 A judge dealt lengthy sentences to two siblings on Tuesday for murdering a young man and the victim’s parents. The brother received a life sentence plus 105 years in prison, while the adoptive sister, a cooperating witness who incriminated him on the witness stand, received a 40-year sentence.

Sergio Correa, 30, continued to maintain his innocence at a sentencing hearing. His adoptive sister Ruth Correa had testified that her brother killed Matthew Lindquist, 21; Matthew’s father Kenneth Lindquist, 56; and mother Janet Lindquist, 61. Ruth told the trial court that Sergio made her participate in the crime.

“There’s nothing I can say that will take away the hurt, the pain, and as sorry as I am, words don’t matter,” Ruth Correa said, according to WTNH.

For his part, Sergio voiced plans to go pro se.

“I wish to represent myself and file motions that they won’t file,” he reportedly said. “It’s my life. I’m the one who has to do the time for a crime I did not commit.”

The prosecution’s version of events is one of betrayal and brutality.

Matthew, who was in a drug relapse, coordinated a drug deal with Sergio, authorities said. But instead of a straightforward payoff, they worked together to stage a theft at the Lindquist’s family home in Griswold, Connecticut. Matthew would give Sergio access to his family’s safe to get the Lindquist parents’ guns. In return, Sergio would give over cash and heroin.

“U still got that super fire [potent heroin] u were talking about?” Matthew texted at 9:03 p.m on Dec. 19, 2017, hours before the killings, according to The Norwich Bulletin.

But when Sergio finally arrived with Ruth, he turned on Matthew, chasing him into the woods near the home. Ruth, who took a 40-year deal in exchange for her testimony, said that her brother hit Matthew Lindquist in the back of the head with a machete. She claimed that her brother physically guided her to joining in on the slaying.

“After that, he grabbed my arm with the knife in my hand and made me stab him,” she said, according to NBC Connecticut. “He grabbed my arm and pushed my hand down into Matthew’s skin.”

Her brother’s defense attacked her credibility at trial, emphasizing that she had changed her story, and grilling her on her mental health history.

All told, however, jurors believed the state’s case against Sergio.

Ruth Correa testified that her brother hit Kenneth Lindquist in the head with a baseball bat, and then killed Janet too. Kenneth’s skull was broken into more than 30 pieces. Janet, who prosecutors said was also beaten with the bat and strangled with a rope, sustained two possibly fatal injuries to her head but was alive during the fire, breathing in smoke.

“This has been the most tragic and devastating moment I have ever experienced,” Matthew’s sister Danielle Lindquist said in a victim impact statement on Tuesday, according to WTNH.

Matthew’s brother Eric Lindquist lamented how their parents missed out on the rest of their lives together.

“They had an entire life ahead of them, arguably the best part of their life together, that was senselessly taken from them at the hands of evil soulless creatures,” he said.