‘She’s in Pain’: 10-Year-Old Girl Walked to Relative’s Home and Survived After Being Hit by Stray Bullet in Baltimore 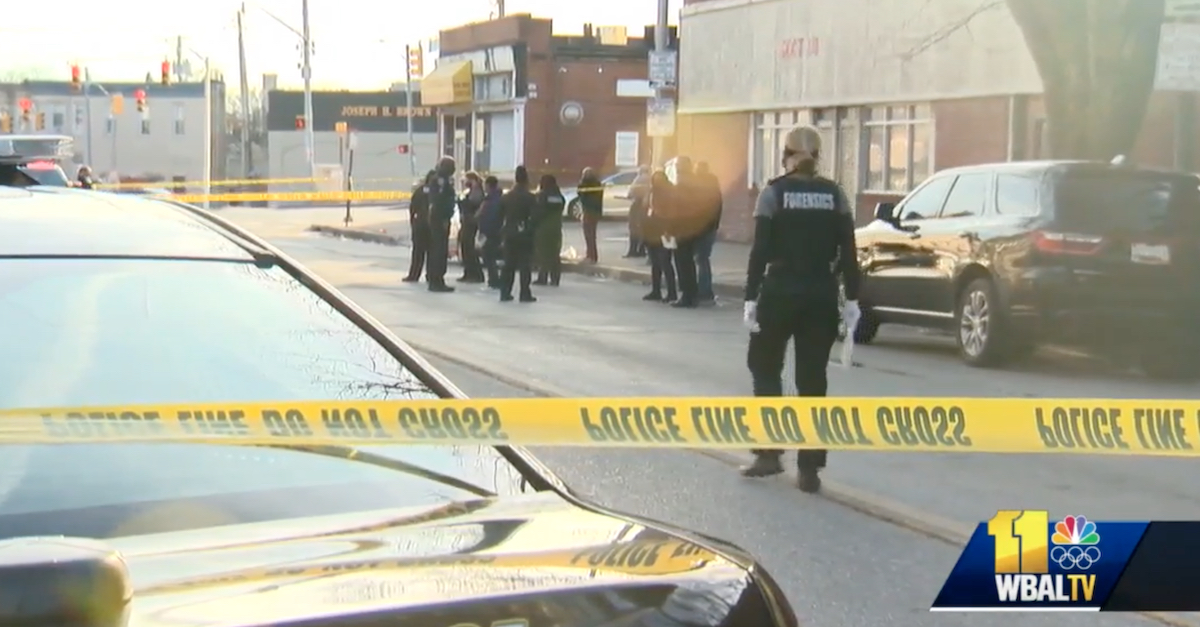 Kaelin Washington, 10, was on the way to buy some snack chips when she was struck by a stray bullet in Baltimore over the weekend. Dazed and bleeding hard, she somehow made it back to safety.

“Walking to the store was normal,” her mother Jasmine Ramsey told The Baltimore Sun on Monday. “I hold her close. I don’t let her do too much. I always keep an eye on her.”

The prognosis was horrible but thankfully not fatal. One of her lungs was punctured by the bullet that’s still in her back. One of her ribs was fractured. And then there’s the emotional trauma. Her mother says that when she’s asked about the incident, she cries.

Washington was one of three people injured during the Saturday afternoon shootout in the Parkview-Woodbrook neighborhood of West Baltimore. Two adult men, 23 and 45, were also shot. It’s unclear who was involved or what the firefight was even about in the first place. As of Tuesday, police announced no arrests; no leads.

Washington was four blocks away when the shots rang out between the two warring groups.

“She’s in pain, and I just wish I could take her pain,” Ramsey told the outlet. “I’m angry — I’m angry and I’m hurting.”

All officials had was consternation to mirror the family’s own.

“I don’t care what your silly, stupid little beef is,” Mayor Brandon Scott said. “That 10-year-old baby had nothing to do with your beef.”

“If your homeboy would go and shoot a 10-year-old baby, you need to recheck your friends,” the mayor added. “Real men don’t do that.”

Washington is expected to make a full recovery. She’s currently recuperating at the Johns Hopkins Children’s Center. On Saturday, the girl was getting her hair braided by her godmother; she had permission to go and get Cheetos. At the same time, her mother was on the way to a grocery store. Then she got the call.

“I panicked,” Ramsey told the Sun. “I was screaming. I kept telling my boyfriend: Get me to her!”

The story by Tim Prudente notes the aftermath:

The emergency room doctors sat Ramsey outside her daughter’s room. In the room, she saw doctors bent over and working on her girl. Where was she shot? What happened? Would she be OK.

Ramsey could hear her daughter crying. Then one doctor came out.

While being expected to fully recover sounds like a miracle, that’s actually not even the half of it.

Immediately after being shot, Washington was, in every sense of the phrase, on her own.

Instead of waiting for help, she walked home through an alley while bleeding.

After making it back to her godmother’s house alone, she was rushed to the hospital.

As her mother arrived, she asked a question: “Mommy, why would they shoot me?”