Sheriff’s Office Says N.C. Couple Charged with Killing Grandmother Sent Deputies on a ‘Wild Goose Chase’ That Was Solved by a Pet Duck 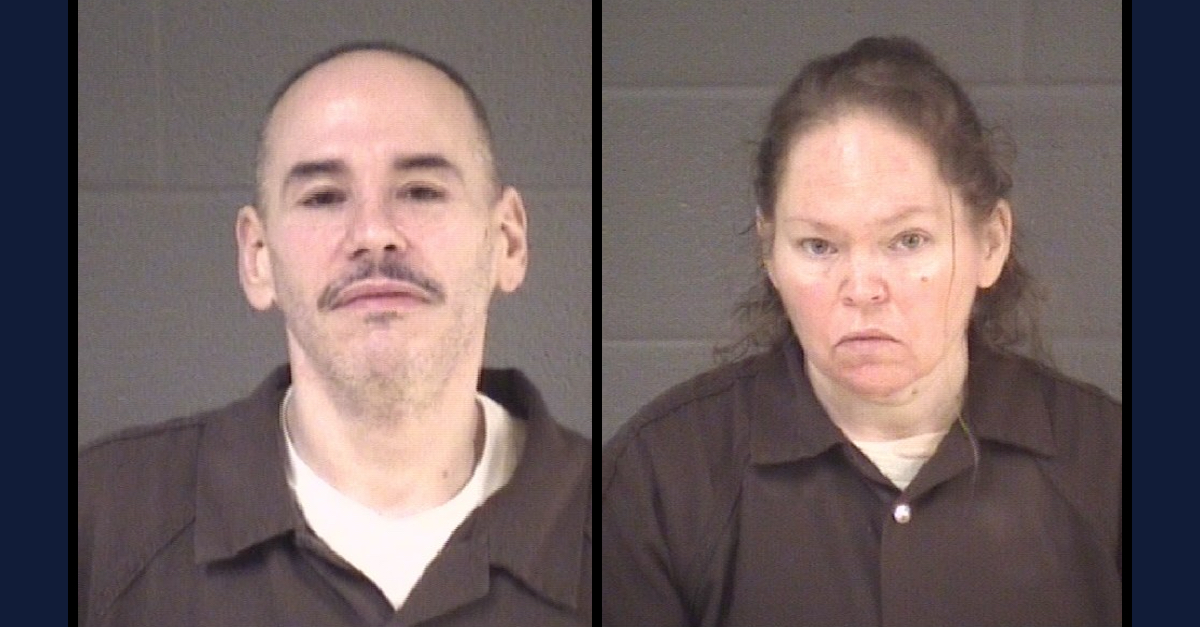 A North Carolina couple is charged with murdering a grandmother whose body turned up last week in Candler.  However, according to the local constabulary, the case goes back much further — and the complicated and wandering matter was allegedly solved through the work of a waterfowl.

Jail records and a Facebook post by the Buncombe County Sheriff’s Office indicate that Mark Alan Barnes, 50, and Angela Lucille Wamsley, 46, are both charged with myriad counts, including first-degree murder, in connection with the death of Nellie Lucille Sullivan.  Sullivan was Wamsley’s grandmother.

The investigation dates back to at least December 2020, the sheriff’s office wrote online — but local news reports suggest it dates back much, much further than that.

Asheville ABC affiliate WLOS, in a story dated December 2020, said Barnes was charged with concealing Sullivan’s death by burying her body in a “shallow grave.”  That was reportedly the suspicion — but the report said that Sullivan’s body had never been found.

A neighbor told the TV station that Sullivan, 92, had been missing for “several years” as of the date of the report.

WLOS described the two defendants — Barnes and Wamsley — as husband and wife, and Sullivan reportedly lived with the couple.

“After a couple of months she got real sick, and she went into the hospital, and they put her in a nursing home,” neighbor Belinda Moody said at the time. “They brought her back and then we didn’t see her after that.”

“She was a sweet little, old lady,” Moody added. “She’d give you the clothes off her back, if she could. She made my daughter a Halloween black cape out of a shower curtain she had. She just was very kind.”

Authorities reportedly searched a parcel of land at the time but came up with nothing to point them toward Sullivan’s whereabouts.

Barnes and Wamsley were “taken into custody” on Dec. 17, 2020, the sheriff’s office wrote online.  “Detectives executed multiple search warrants and seized documents relevant to the case at the onset of the investigation,” the office added — but it did not explain precisely what the fruits of those efforts yielded.

WLOS reported last week that the remains turned up at a mobile home located at 11 Beady Eyed Lane in Candler, N.C.  The television station said the defendants lived on the premises when they were initially charged in December 2020. 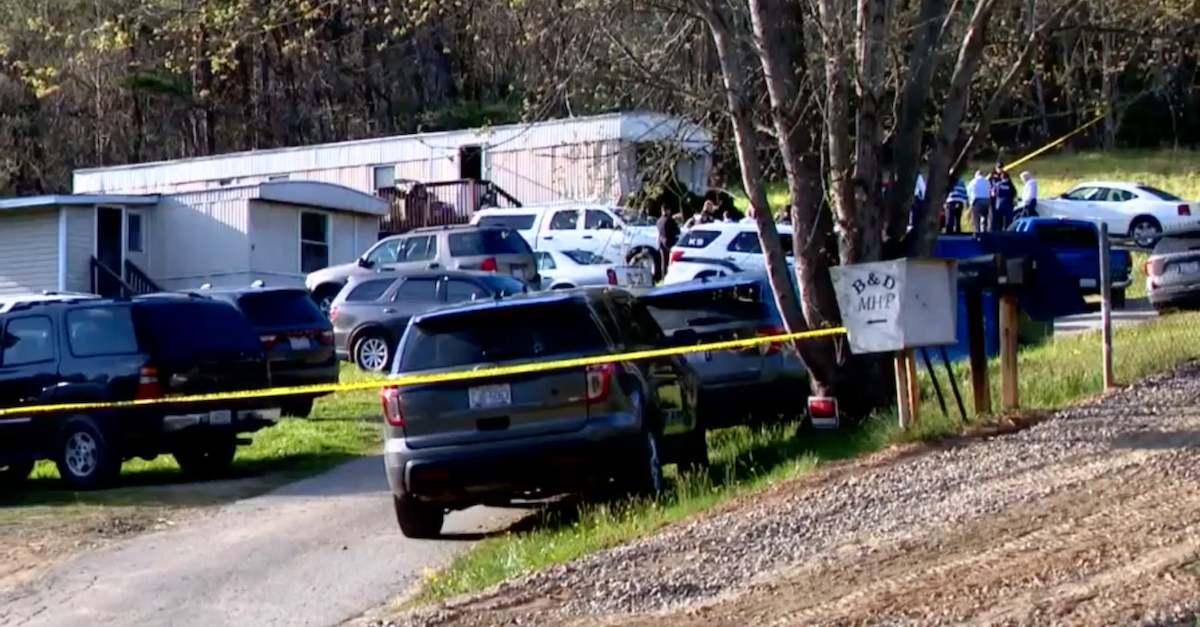 A WLOS-TV screengrab shows the scene where Nellie Lucille Sullivan’s remains were recovered through the help of a pet duck.

The station reported this week that a pet duck which belongs to the current renters ran under the mobile home — and that led to the discovery of the victim’s body.

“Apparently, the duck ran underneath the trailer at 11 Beady Eyed Lane, and as they were chasing after their pet duck, they ran across the container that Nellie Sullivan was located in,” Buncombe County Sheriff’s Office Sgt. Mark Walker told the TV station.  “If I could give that duck a medal, I would.”

Walker — not wishing to lose an easy analogy presented by the evidence — also accused defendant Barnes of having led authorities on a “wild goose chase” for evidence in the case.  That “chase” resulted in the sheriff’s department “digging for several days in a site that he knew she was not located,” Walker added, according to the most recent report.

The authorities told the television station that they believe the victim was killed elsewhere and moved to the location where her body was found.

According to the sheriff’s office’s Facebook post, the charges against the defendants came in droves spread across two separate years.

In December 2020, Wamsley was charged with misdemeanor animal cruelty, unlawfully reconnecting a utility, two counts of abandonment of an animal, possession of a schedule three controlled substance, possession of drug paraphernalia, and possession of a synthetic cannabinoid.

Wamsley was also charged with “assault with a deadly weapon on a Detention Officer at the Buncombe County Detention Facility in January of 2021,” the sheriff’s office wrote.

And, more recently, the couple was charged with murder.

“Since the beginning of this investigation we have sought to locate Ms. Sullivan’s remains, afford her the respect she deserved, and restore dignity to the life she once lived,” said Angie Tullis, Captain of the Criminal Investigation Division at the Buncombe County Sheriff’s Office, in the previously referenced Facebook post. “We are dedicated to utilizing all available science, technology, and investigative skills necessary for justice to be served in this case.”

According to online court records, the murder case against Wamsley is number 22CR083320 in Buncombe County; Barnes is charged under case number 22CR083321. According to online court records, both due to answer for the murder count in court on May 13. The other counts are set for appearances on May 31 under separate case numbers.  Neither of the defendants has been indicted on the murder count as of the time of this writing; they are charged by information only.

Affidavits are not yet available in the murder case, the local court clerk’s office told Law&Crime by phone.