Sexual Predator Urged Teen Girl to ‘Do Coke and Get F***ed Up,’ Dumped Her Body When She Died of Fentanyl Overdose: Sheriff 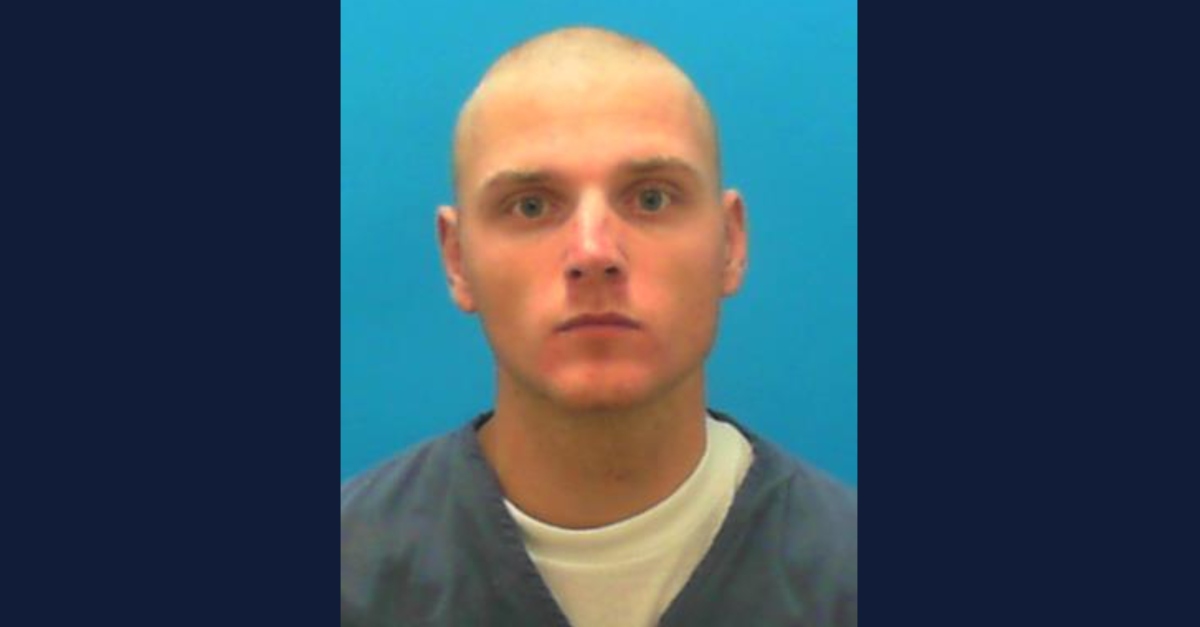 A grown man plied a 16-year-old girl with drugs so he could sexually abuse her, only for the child to take a fatal dose of fentanyl, according the Pinellas County Sheriff’s Office.

Robert Gullo, 25, was out on bond for an unrelated abuse case and wearing an ankle monitor when moving victim Meaghan Cooper’s body, authorities said. Investigators said they were able to track him down from his home to where he dumped the teenager’s body.

He was indicted Friday on charges of first-degree murder and unlawful sexual activity with certain minors.

“Addiction is a terrible problem that people have,” Pinellas County Sheriff Bob Gualtieri said. “So – it’s against this backdrop, especially to the young people who are easily preyed on by older people, don’t take drugs from someone like this. You have no idea what’s in it and – in the case of Meaghan Cooper – it will literally kill you.”

The sheriff repeatedly called Gullo a “predator” who “sexually preyed” on teenage girls online. The 25-year-old allegedly befriended the teens by plying them with drugs for, in authorities’ words, “sex.” One of those girls was Cooper, the sheriff said.

“We should hang out tonight,” he wrote, according to the sheriff. “Let’s do coke and get fucked up.”

“You should [wear] a cute tank top with no bra again,” Gullo allegedly wrote. “I like feeling your boobs.” The message included a heart emoji.

Not only that, but the suspect was allegedly texting a 15-year-old similar things around the same time: offering drugs for sex. That teenager rejected his advances, however.

Authorities claim that Gullo picked up Cooper from her home after her mother went to bed. The 16-year-old took the fentanyl that he provided, but she believed it was cocaine, not the highly potent opioid. According to Sheriff Gualtieri, there was no prior indication that the victim used fentanyl, only cocaine. Cooper allegedly did at least one line of the drug. Authorities determined she had 26 nanograms per milliliter in her system. A fatal dose is only 7 nanograms per milliliter, the sheriff said. That means the victim had almost four times the lethal amount in her body.

According to the sheriff, Cooper texted a friend about doing coke and discussed how good it felt. Five minutes later, Gullo allegedly texted the 15-year-old he previously contacted: “I need you. It’s an emergency.”

He stayed at his home, where he lived with his father, until about 6 a.m., Gualtieri said. Gullo allegedly went to the spot where Cooper’s body was found and then immediately returned. Construction workers soon found the girl.

“According to detectives, on November 19, 2021, deputies responded to the grassy area of the Duke Energy easement behind the Countryside Recreation Center located at 2640 Sabal Springs Drive in Clearwater after receiving a report of a deceased person,” the sheriff’s office said. “Detectives say construction workers found the victim as they arrived at this location for work. When deputies arrived on scene, they located the victim, who was later identified as 16-year-old Meaghan Cooper.”

DNA evidence showed that the defendant had “sexual intercourse” with Cooper at some point during all of this, according to the sheriff’s office.

Gullo allegedly lied to investigators, claiming that although he knew Cooper, he had not communicated with her the previous week — let alone on Nov. 18 and Nov. 19, 2021. Detectives were able to track Gullo’s whereabouts on those days because of his ankle monitor, the sheriff said. He was out on bond at the time for allegedly sexually abusing a 14-year-old girl in Hernando County; he is currently serving a 40-month sentence in Polk Correctional Institution for that charge.

The sheriff declined to comment on whether Gullo knew the true nature of the substance given to Cooper.

“In the end of the day, he didn’t care,” Gualtieri said.

Within hours of dumping Cooper’s body, Gullo texted the 15-year-old again in another attempt to meet for drugs and sex, the sheriff said.