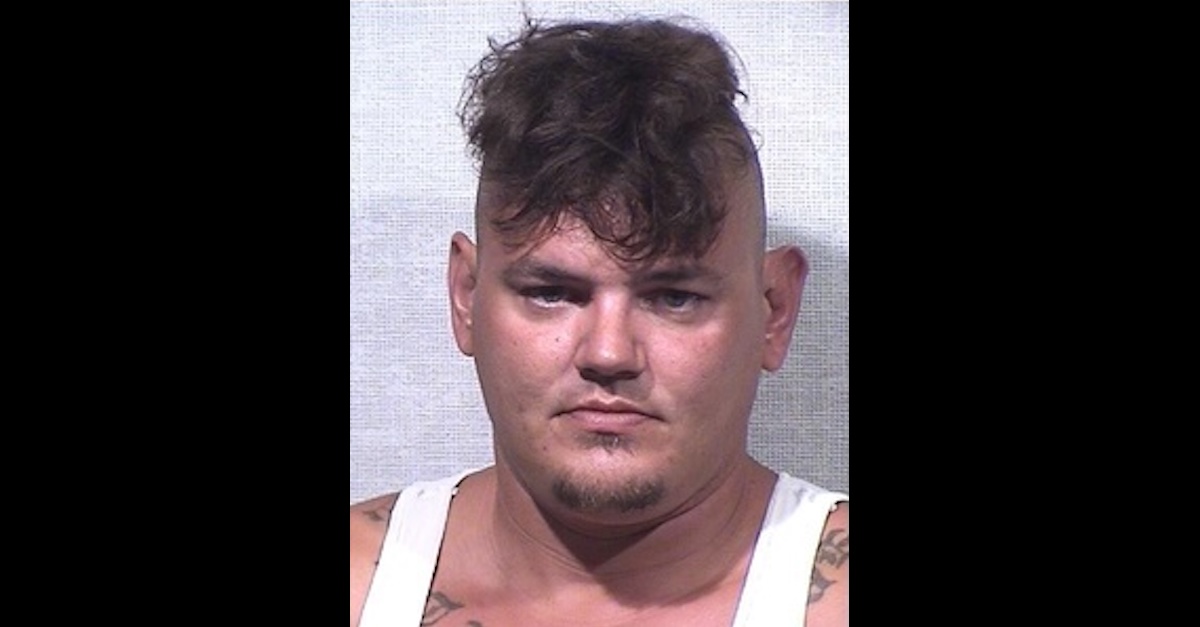 A ride operator at a southern Indiana county fair was arrested and charged with murder this week after he allegedly suffocated another man to death during a brawl that took place just before the event closed, several local newsrooms reported.

Prosecutors in Jackson County charged Zachariah David Konkle, 32, with murder after police say he allegedly punched Michael Steele several times before putting him in a headlock, rendering him unconscious and leading to his death several days later, police said.

According to the report, police said that Konkle first accused the wrong game operator at the fair of teasing the autistic child and punched the game operator in the head.  That game operator told Konkle that he had his own child with special needs and would not aim offensive comments at other special needs children.

Konkle, who operated the Black Widow ride at the fair, then allegedly approached Steele and told him he would “get it twice as worse” — then allegedly shouted until Steele eventually felt provoked into throwing a punch.

Police said the two then began grappling and fell to the floor where Konkle allegedly punched Steele approximately five times before putting him in a headlock.

In an interview with the police, Konkle allegedly said that he was on top of Steele’s chest for somewhere between one and two minutes before Steele fell unconscious.

According to a report from local CBS affiliate WKLY-TV, a witness told police that she heard Konkle say “go to sleep, bitch” just before Steele’s body went limp.

A second witness told investigators that Konkle initially left the scene after Steele stopped moving. The witness said she began performing CPR on Steele but that Konkle then returned and pushed her away, telling her that she was doing it incorrectly and saying he would do it himself, per WKLY.

Steele was first transported to Schenck Medical Center before being moved to Indiana University Health Methodist Hospital where he remained until he died Saturday evening.

An autopsy performed by the county coroner concluded that Steele’s death was a homicide and the cause was medical asphyxiation, according to the television station.

Citing additional court papers, Indianapolis NBC affiliate WTHR said that Konkle was a registered sex offender.  In 2015, he was reportedly convicted of sexual misconduct with a 15-year-old girl the previous year.

Law enforcement authorities said that Konkle’s status as a sex offender should have rendered him ineligible to work at the Jackson County Fair. His supervisor told authorities that she was not aware that Konkle was a registered sex offender, according to a report from FOX affiliate WXIN.

Konkle reportedly told investigators that he has “anger issues” and that the altercation with Steele went “way too far.”

Prosecutors have charged him with murder, strangulation, and battery.

He is currently being held without bond at the Jackson County Detention Center.