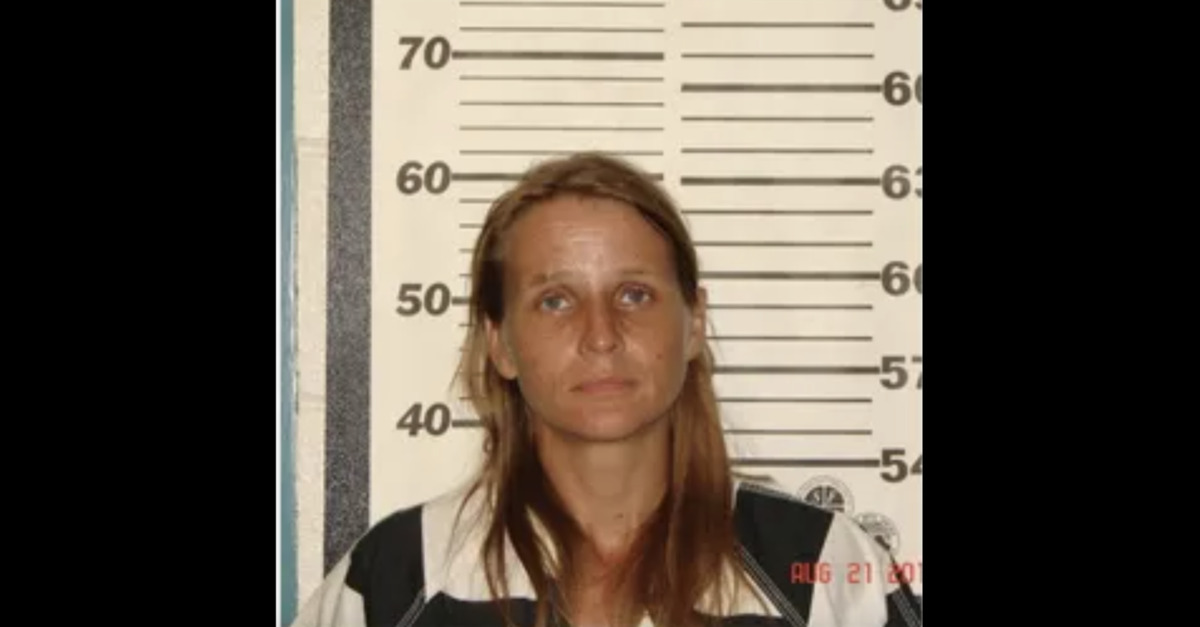 A Missouri woman charged with murder faces the prospect of a so-called “secret” recording being used as evidence against her at trial.

Rebecca Ruud, 43, stands accused of a panoply of crimes related to the July 2017 disappearance and death of her 16-year-old autistic daughter, Savannah Leckie. The charges include murder in the first degree, felony murder, child abuse, tampering with evidence and abandonment of a corpse.

The circumstances surrounding the girl’s death and disposal are particularly grisly: She was allegedly killed, dismembered and then burned by her mother in an effort to cover up the crime.

The secret recording at issue, made before Ruud was charged or indicted in connection with Leckie’s death, involves the 43-year-old discussing her case with a member of the Ozark County Public Defender’s Office. The recording has only been heard by police so far but is alleged to contain some incriminating statements and may, in fact, feature the defendant outright admitting to some of the crimes with which she has been charged, according to The Springfield News-Leader.

A lower court had ruled the recording inadmissible due to the attorney-client privilege but the Missouri Supreme Court overturned that ruling on appeal from Show Me State prosecutors.

“It is a major piece of evidence, and we are very pleased the Supreme Court found that the privilege had been waived, which is what we had felt all along but had to wait a long time before we finally got an answer,” Ozark County Prosecuting Attorney John Garrabrant said.

The prosecutor, however, stressed on Wednesday that he was unaware of the actual contents on the digital tape in question.

“No one in the state besides police have listened to it,” Garrabant continued. “None of us listened to it because there was a possibility it may have been considered a confidential attorney-client communication. So I don’t know what content of the recording is, but I’m interested in listening to what’s on there and how that might affect how the state is going to present its evidence in this case.”

According to court records, Ruud gave her then-newly-minted husband, Robert Peat Jr. (whom she married the same day her daughter’s body was found) a box of her personal belongings as she prepared for a trip in August 2017. Unbeknownst to the defendant, she claims, the digital recorder was in that unsealed box. Ruud allegedly told Peat she was embarking on a job as a long-haul trucker.

She wasn’t. Ruud was arrested in late August at a bus station some 80 miles away from her home with several suitcases in tow, not driving a long-haul truck, on the same day that law enforcement confirmed the identity of the charred remains found on the defendant’s property.

“No evidence in the record suggests, nor does Ruud assert, that she was forced or coerced into handing over the box with the recording to Peat,” the state’s high court said in their unanimous ruling against the defense’s suppression tactics. “Rather, the record indicates Ruud voluntarily gave the box containing the recording to Peat to prepare for a trip.”

Peat, who was 31 at the time, was also charged in Leckie’s murder in September 2017 along with Ruud. He was eventually released on his own recognizance while his wife has remained in jail for years. The husband went through that box of belongings over two years later in November or December 2019 and quickly realized the conversation might be of interest to law enforcement. Peat told his own attorney about the recording, who then contacted the prosecuting attorney. A meeting was set up between the two legal sides and a sheriff’s deputy in which Peat agreed to act as “a cooperating individual for the state,” according to a tidy timeline of events compiled by The Mercury-News.

Initially, Ruud contacted authorities about a brush fire and reported that she and her daughter had suffered some burns. When firefighters arrived, however, the defendant allegedly waived away their concerns for the deceased girl and said she was taking a shower. Leckie was reported missing two days later–cast as a runaway who, her mother said, left because she was guilty about starting the fire.

The girl’s bones and teeth were ultimately found in a burn pile amid a weeks-long volunteer effort organized to find the alleged runaway.

Ruud’s long-delayed trial will be scheduled in the coming weeks, prosecutors reportedly said.