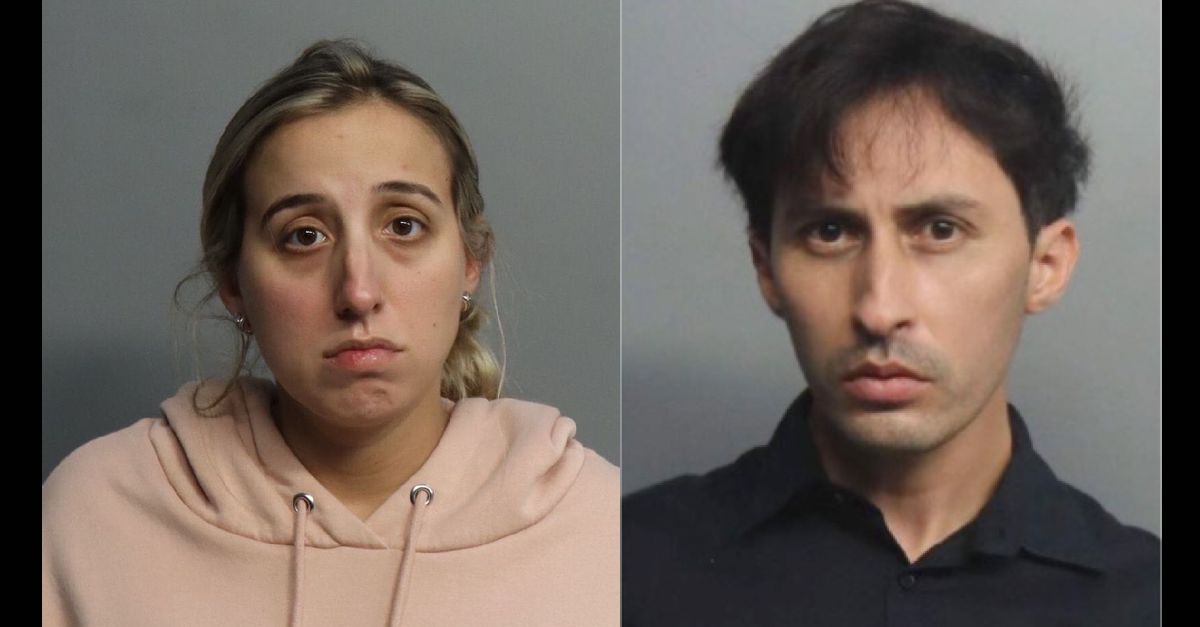 Two Florida teachers at different schools in Miami-Dade County, Fla. have been arrested and charged with sexually abusing minor students, just as a federal jury has ordered the Miami-Dade School Board to pay $6 million to a former student of an ex-teacher accused of repeatedly targeting and abusing female students.

Brittiny Lopez-Murray, 31, was arrested Monday and charged with engaging in a sexual act with a child, lewd and lascivious battery, and molestation, Miami-Dade department of corrections records show. She is accused of engaging in multiple sex acts with a 14-year-old former student.

Lopez-Murray is also facing multiple charges relating to explicit text messages she allegedly sent to the boy, according to a report by the Miami Herald which cited police records.

Court records reviewed by Law&Crime Tuesday morning suggest a sum total of 25 counts have been filed against Lopez-Murray spread across two separate cases.  The first case alleges three counts of sexual battery, three counts of child molestation (for an individual between 12 and 16), and three additional counts — one of which involves a student and an authority figure.  The second case alleges sixteen counts, including eight counts of using an electronic transmission to harm minors, six counts of promoting a sexual performance by a child, and two counts involving computers.  Each of the 25 counts is a felony.

Lopez-Murray reportedly initiated the relationship with the minor when she sent him a text message expressing her feelings toward him in August, the Herald reported.

The Miami-Dade school district said in a statement that it was “saddened and disappointed over these serious allegations given that the District takes great measure to ensure our students are educated in safe learning environments,” the Herald reported.

The school district is reportedly in the process of terminating Lopez-Murray’s employment, statement added.

Fernandez is accused of kissing and fondling a 14-year-old student.  He was taken into custody on Friday after investigators said he sexually assaulted the student, according to a report by Miami ABC affiliate WPLG.

“According to the arrest report, the victim said that during the 2020 school year, on multiple occasions, Fernandez would kiss her on the lips and fondle her over her clothes,” WPLG reported. Fernandez also allegedly “violated” the student in a classroom storage closet, according to WPLG.

Fernandez confessed to the accusations against him, the WPLG story also said.  It added that the police are trying to determine if there are any additional victims.

“Our highest priority is the safety and security of our students, and we will not tolerate anyone treating students in a way that makes them feel uncomfortable,” Renaissance Charter Middle School said in a statement to WPLG. “It is our policy that if ever we receive an allegation of inappropriate behavior, we take swift and immediate action to remove the individual from campus, notify and engage law enforcement, and conduct a thorough investigation. All employees must pass a thorough background check prior to working with us.”

The news of the teachers’ arrests comes on the same day as a federal jury ordered the Miami-Dade School Board to pay $6 million to a former student of Jason Edward Meyers, a former teacher accused of sexually harassing and abusing multiple female students at Palmetto High School.

According to a report by the Miami Herald, jurors concluded that the school district “did nothing” to stop Meyers, a creative writing teacher.

“The verdict found Meyers ‘posed a substantial risk of sexual abuse or harassment to female students,’ yet the district was ‘deliberately indifferent’ in how it handled the accusations,” the Herald story said.

Court records show that Meyers is facing criminal sexual charges, which the Herald story said involves the same victim as in the federal civil case.

The Miami-Dade school district did not respond to Law&Crime’s inquiries for comment in time for publication.