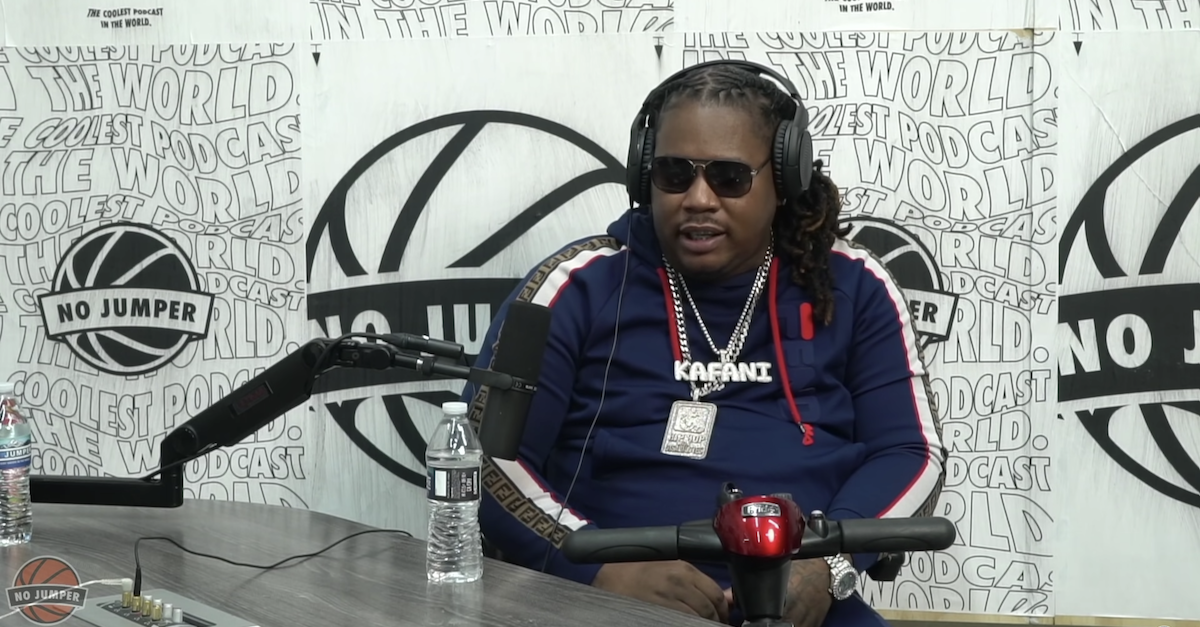 A rapper described by prosecutors as “an unrepentant fraudster” is to spend about seven years in prison for a mortgage fraud that bilked banks and lenders out of $2 million.

Mark Django “Kafani” Hicks Jr., also known as Amir Rashad, led a conspiracy that used stolen information, fake phone numbers, fraudulent bank accounts and “a web of false emails” to obtain mortgage loans, then used the money to obtain gold bars and gold coins that his co-conspirators sold for cash, according to a sentencing memorandum from the U.S. Attorney’s Office for the Northern District of California.

Investigators found nearly $485,000 in a safe connected to 42-year-old Hicks, but another $1.5 million “remains unaccounted for,” according to the 15-page memo. The victim banks and lenders have a few sources of possible restitution payments, as U.S. District Judge James Donato has ordered Hicks and five others each to pay $1.9 million.

Donato has also imposed prison terms for each defendant, with the 87 months given to Hicks on Monday being the lengthiest. Hicks’ half-brother Demarcus “Smurf” Hicks, 38, also was sentenced Monday to 48 months and Dionysius Costello, also 38, was sentenced to 54 months.

Prosecutors had asked for nearly three years more for the rapper, saying a 110-month sentence was needed for Hicks because he “was the mastermind of the scheme, and was involved from the beginning until the end.”

“He also undoubtedly benefitted the most from the fraud. All of the proceeds recovered came from a safe deposit box he controlled,” assistant U.S attorneys David J. Ward and Barbara J. Valliere wrote, adding that the fraud “led to significant losses to the lending institutions, their title insurance companies, and to one set of individual victims.”

Paralyzed from the waist down after being shot in 2013, the elder Hicks was sent to federal prison in 2015 for a similar fraud involving MoneyGram and USAA Federal Savings. Prosecutors say he began the new scheme a few months after he was released in February 2018, sometimes using voice impersonation to order gold bars and gold coins while posing as the people whose stolen information he used to obtain the fraudulent loans. Their memo quoted a victim impact statement: “All of this created significant emotional strains to try to say ahead of whomever was fraudulently impersonating me.”

An elderly woman whose identity Hicks used to obtain $550,000 in loans said she was “riddled with anxiety throughout the whole process.”

“I felt deeply violated by these people who have no idea how hard I have worked to achieve everything that I have … my credit report I had worked so very hard to maintain was irreversibly impacted immensely by their actions,” the woman wrote in a letter quoted in the memo.

Hicks’ criminal history dates to 1999 when he was 19 and includes state and federal fraud convictions as well as a conviction for felon in possession a firearm with prosecutors saying his “history of fraud shows a defendant committed to a career in crime, undeterred by prior convictions and repeated terms of imprisonment.”

“Throughout his life, Hicks has demonstrated a willingness to repeatedly turn to crime – with each turn more sophisticated and damaging than the last,” they wrote.

His lawyer, Edwin Prather, asked for a 76-month sentence and included with his memo supportive letters from his family and friends. Hicks’ mother, Barbara Hicks, said he “became involved with this fraud scheme for the camaraderie and not the money.”

“It has never been about the money for Mark. He is such a giving person and he is able to function with very little. He does not live that musician lifestyle,” according to the letter.

Prosecutors, however, attributed the team nature of Hicks’ crimes to his 2013 injury, writing in their memo, “Because Hicks was paralyzed and in a wheelchair from a 2013 shooting, he needed people to help execute the scheme.”

The 87 months Judge Donato imposed Monday is lower than the U.S. Sentencing Commission guideline range but still the lengthiest imposed in the case, though only by three months: Susan Arreola-Martin, 72, was previously sentenced to 84 months.

Their co-conspirators include Leif Skorochod, 48, who received 14.5 months and Christopher Pool, 57, who was sentenced 15 months; Tyrone Jones is a fugitive.