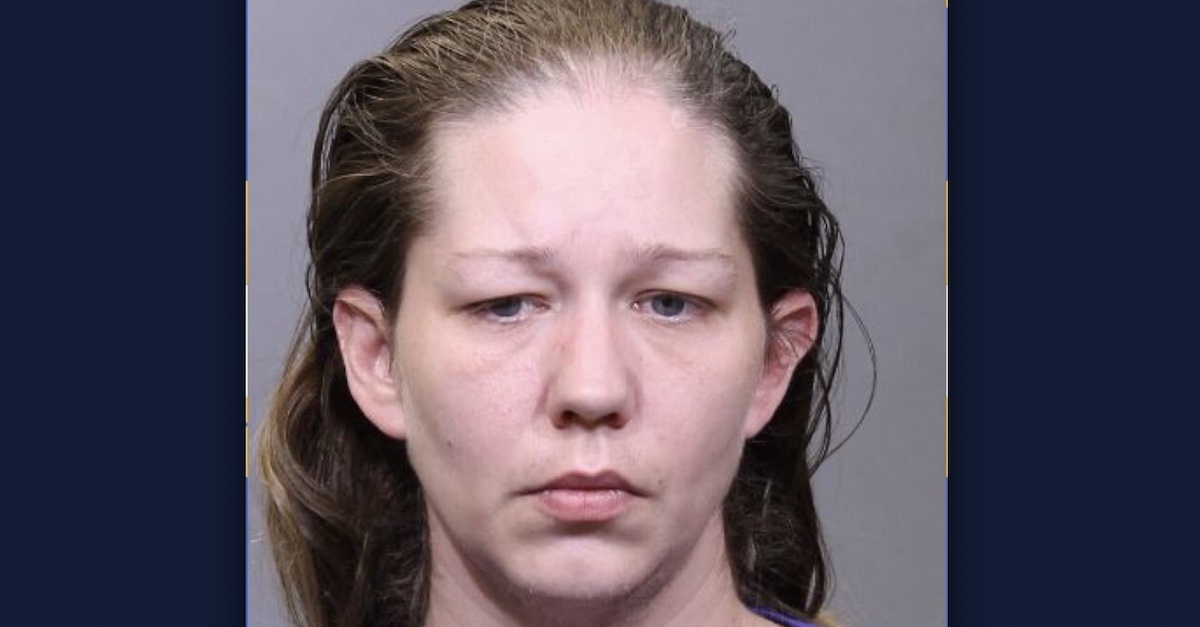 Authorities say a 38-year-old mother in Ohio is behind bars for the death of her infant son, whose skull was reportedly “crushed.”

Melissa Thorp was taken into custody on Tuesday and charged with one count of murder in the death of her 4-month-old son, Aaron Thorp, court records reviewed by Law&Crime show.

According to a press release from the Columbus Division of Police, officers on Monday, Sept. 12, 2022 responded to a 911 call regarding a baby that was not breathing at an apartment located in the 100 block of Jefferson Avenue. Police and personnel with Emergency Medical Services arrived at the home a short while later but were unable to assist the infant, who was pronounced dead on the scene at approximately 8:57 a.m.

Authorities on the scene said that by the time first responders arrived at Thorp’s home, the baby’s body was already in a “state of decomposition,” according to a report from The Columbus Dispatch.

Investigators then transported Aaron’s body to the Nationwide Children’s Hospital in the Southern Orchards neighborhood for additional X-ray scans before he was brought to the Franklin County Coroner’s Office. An autopsy was performed and on Sept. 13 the coroner determined that the infant’s manner of death was a homicide and the cause of death was blunt force trauma to the head.

The coroner found that Aaron’s skull was “crushed through blunt force trauma or by being crushed between two objects,” as the Dispatch report put it.

A warrant for Thorp’s arrest was issued and she was picked up and taken into custody a short while later.

According to a report from Columbus ABC affiliate WSYX, the public defender told the court that Thorp had only recently been released from a rehabilitation program, noting that the “incident” occurred at a sober living facility. Thorp’s attorney also reportedly claimed that his client was unaware that she was pregnant until after she went into labor. Instead, he reportedly said that she believed her pregnancy was actually a kidney stone.

A judge set Thorp’s bond at $750,000 and required that she commit no further acts or threats of violence as a condition of her release. A preliminary hearing in the case is currently scheduled for Sept. 23.

Court records show that Thorp is now being represented by Catherine Hatten of the Public Defender’s Office. Hatten did not immediately respond to a request for comment from Law&Crime.