S.C. Man Who Brutally Killed His Own Mother and Grandmother While ‘Looking for Lucifer’ Sentenced to 40 Years 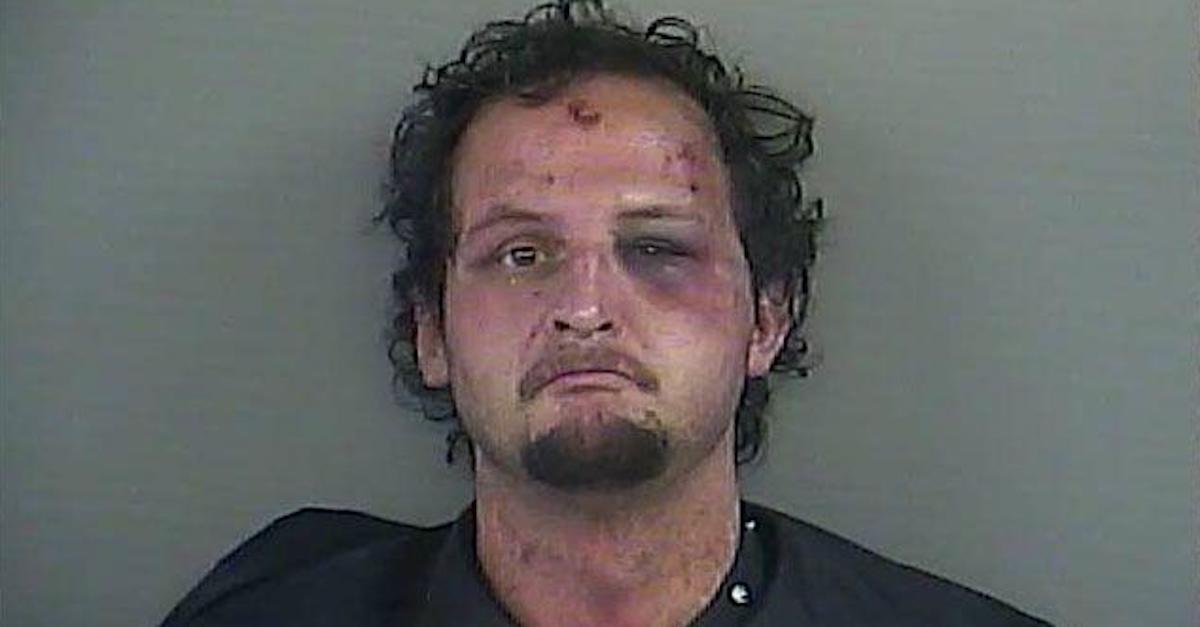 A judge in South Carolina handed down a four-decade prison sentence to a man who brutally murdered his own mother and grandmother in their home during a drug-induced bender. Circuit Court Judge Lawton McIntosh sentenced Bradley C. Aldrich to 40 years behind bars for the 2018 murders of 79-year-old Judith Calvert and 50-year-old Theresa Wright, the Anderson County Solicitor’s Office announced.

Appearing in Anderson County General Sessions Court on Wednesday, Aldrich, 30, formally entered a plea of “guilty but mentally ill” to two counts each of murder and possession of a weapon during the commission of a violent crime, as well as one count of attempted murder.

According to the solicitor’s office, Aldrich on May 6, 2018 began the day by shooting a man named Shane Massey, a convicted drug dealer, multiple times in the chest with a .22 caliber handgun at approximately 1 a.m.. Authorities said the two men knew each other “through mutual drug use,” and multiple people who witnessed the incident said Aldrich was using drugs at the time of the shooting and “spoke of two devils living inside of him.” After the shooting, witnesses reportedly said that he fled the scene. Massey survived the shooting.

According to authorities, both bodies were found in the same bedroom of the house. The body of Theresa Wright, Aldrich’s mother, was reportedly on the floor. Prosecutors said she was “beaten, stabbed, strangled, and shot.” The body of Judith Calvert, Aldrich’s grandmother, was reportedly in a bed. Prosecutors said she had been stabbed and shot multiple times. A toxicology report determined that both women also had methamphetamine in their systems when they died, per prosecutors.

Police initially took Aldrich into custody for the attempted murder of Massey but while he was in custody investigators also questioned him about the murders of his mother and grandmother.

According to prosecutors, Aldrich initially blamed the double-homicide on Massey, reportedly telling investigators that he shot Massey in retaliation for their deaths.

Aldrich then told police that on the day of the murders he had been shooting methamphetamine and snorting cocaine all day and that he was “looking for Lucifer” when he went to the house and found the two bodies, prosecutors said.

However, investigators said Aldrich also told them that if police found his DNA on the victims then he was probably the one who killed them. Investigators said that Aldrich’s DNA was found under the fingernails of both his mother and grandmother, indicating that there was a struggle before he killed them. The victims’ blood was also reportedly found on the jeans Aldrich was wearing when he was arrested.

“Drug use is the genesis of so many crimes of violence in the Upstate and in our Country,” he said in a statement following the sentencing hearing. “I hope that drug users in Anderson County will see the lessons in this tragic matter and change their behavior before it is too late for them, and they too wind up hurting or killing someone they love. This is a pattern we are seeing all too often. I am grateful for the hard work done by Sgt. Jeff Finley with the Anderson County Sheriff’s Office, and by my Deputy Solicitor Catherine Huey, who secured these convictions and sentence.”