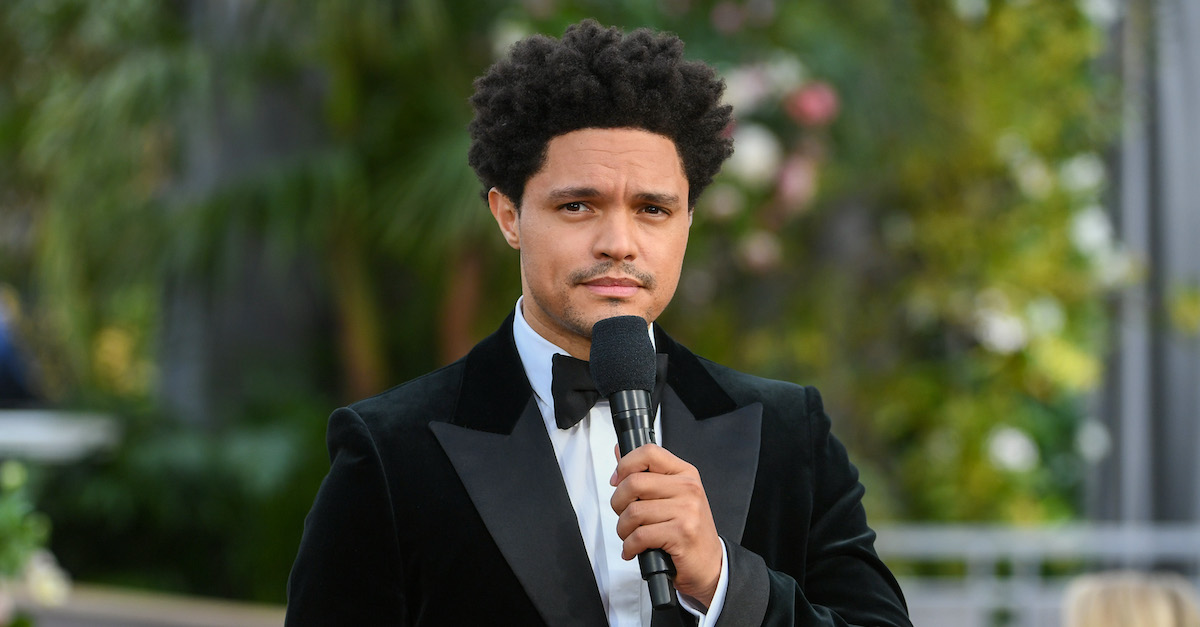 Trevor C. Noah, the host of The Daily Show, has sued a New York City doctor and the prominent Hospital for Special Surgery over an alleged surgery-gone-wrong last year.  The hospital, however, says his claims “are meritless.”

According to a 15-page summons and complaint filed in New York State Supreme Court in New York County, Noah is suing Dr. Riley J. Williams III, an orthopedic surgeon, as well as the hospital itself. Noah became a patient between Aug. 25, 2020, and Dec. 17, 2020, the lawsuit says; he underwent surgery on Nov. 23, 2020. Sources close to the case tell Law&Crime that the Noah named in the lawsuit is the Noah who hosts the famous Comedy Central program.

The New York State Supreme Court system hears cases at the trial level. It is akin to a superior court system in some other states.

According to its website, the Hospital for Special Surgery is the “Official Hospital of the New York Giants, Mets, Knicks, Red Bulls, as well as the Brooklyn Nets, NYRR, USA Basketball and many more” teams and organizations. “HSS is nationally ranked No. 1 in orthopedics (for 12 years in a row) and No. 4 in rheumatology by U.S. News & World Report (2021-2022),” the hospital also says online.

Williams is listed as a Yale- and Stanford-educated “orthopedic surgeon in the Sports Medicine Institute at HSS specializing in knee, shoulder and elbow surgery.” He is listed as “Medical Director and Head Team Orthopedic Surgeon for the Brooklyn Nets (NBA) and New York Liberty (WNBA) professional basketball teams.”

The core of the lawsuit is a negligence claim, but the document is light on the specifics of what allegedly occurred. It alleges, in a rather conclusory fashion, that the defendants “were negligent and careless in failing to treat and care for” Noah “in a careful and skillful manner.” It also accuses the defendants of collectively “failing to use approved methods in general use in the care and treatment” afforded to Noah and with respect to the subsequent surgery performed.

In its closest disclosure of specifics, the lawsuit alleges that the defendants failed “to prescribe proper medications,” failed to “discontinue certain prescription medications,” and failed “to use proper tests and examinations in order to diagnose the conditions from which” Noah “was suffering.”

Elsewhere, according to the lawsuit, Noah is said to have “sustained severe and painful personal injuries; sustained severe nervous shock, mental anguish, severe emotional distress and great physical pain; was confined to bed and home for a long period of time; was compelled to undergo hospital and medical aid, treatment and attention; has suffered loss of enjoyment of life; was prevented from engaging in his usual occupation for a long period of time; and since some of his injuries are of a permanent nature, he will continue to suffer similar damages in the future.”

“My client and I have decided to not comment on the pending litigation at this point in time,” Blitz said in an email to Law&Crime.

A Law&Crime email to HSS and to Dr. Williams, which was submitted to the hospital’s public relations team, resulted in the following reply:

HSS received a complaint filed on behalf of Mr. Trevor Noah. We have shared with Mr. Noah’s attorney a detailed rebuttal to the claims, which are meritless. Due to HIPAA we are restricted by law from addressing publicly specific aspects of the treatment of any patient. HSS is committed to excellence in the care we provide to each of the more than 150,000 patients we treat each year. This commitment has made HSS the world’s leading academic medical center specialized in musculoskeletal health, consistently ranked #1 in orthopedics globally and nationally.

In 2015, Noah underwent emergency surgery to remove his appendix, the BBC reported at the time. In 2018 and again in 2019, he took time off the show due to issues with his voice; at least one of those episodes also required surgery, the star wrote on Facebook.

On Nov. 24, 2020, the day after the allegedly botched surgery, Noah posted to Facebook and to Twitter that he was looking forward to hosting the then-upcoming March 14, 2021 Grammy Awards. Those two social media accounts make no mention of a surgery in the days leading up to the date in question.

According IMDB.com, a database of television shows and movies, no episodes of The Daily Show were distributed after Nov. 19, 2020, and before Nov. 30, 2020.

Editor’s note:  this piece has been updated to include a statement from HSS.

[Image via Kevin Winter/Getty Images for The Recording Academy]