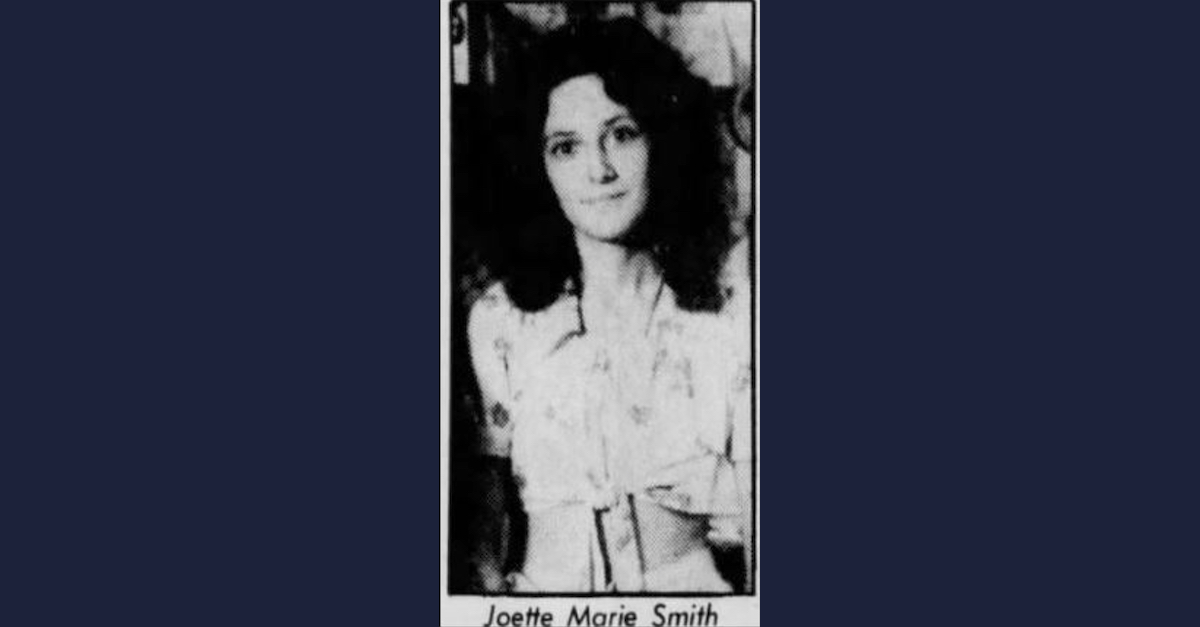 Joette Marie Smith was 33 years old when she was found strangled to death in a California river in 1983. Police believe they finally found her killer – just last month. But that man recently died by suicide.

According to the Santa Cruz County Sheriff’s Office, Eric David Drummond, 64, was linked to the young woman’s death by DNA evidence that was just obtained in late August of this year.

“Unfortunately, while the final investigative steps were being taken to obtain an arrest warrant, Drummond chose to end his own life in the hills of Sierra County,” the sheriff’s office said in a statement.

No details are currently forthcoming as to how the lone suspect in the long-mysterious cold case killed himself, but the sheriff’s office insisted they were “confident that the evidence in this case would support a conviction of Drummond for the murder of Joette Smith.”

The deceased woman, owner of the Buffalo Gals restaurant in Ben Lomond, California, was found in the San Lorenzo River on March 29, 1983. Her body, bruised and cut, was “snagged in a tree” near the 200 block of North Woodland Avenue in Ben Lomond, according to a public library-preserved digital copy of the Valley Press from the era.

She had been killed late in the evening two days prior to when – or in the early morning hours one day before – the discovery was made.

According to the archived press clipping:

She wore a strand of pearls, one nylon on her leg and a black boot. Upstream, about a quarter of a mile on the riverbank just below the bridge spanning the San Lorenzo River on the south side of Ben Lomond, were Smith’s clothes – a blue nurse’s cape among them, according to sheriff’s investigator Joseph Hennard.

Smith is thought to have met her assailant or assailants on or near the bridge about 50 feet from her Hillside Avenue home. She had been sexually assaulted, said Hennard.

According to the sheriff’s office, numerous pieces of evidence were found at the crime scene and detectives spent years interviewing “dozens of people and investigated several leads and tips, but no viable suspect was identified.”

A break in the case came, at least investigators thought, in 1988 when they learned that Drummond asked Smith for a date in her restaurant. She declined and shortly after the woman’s death, the man “abruptly” skipped out of the Golden State. Further investigation turned up a fitting criminal record: Drummond had sexual assault convictions in California and Nevada.

“While there was circumstantial information tying Drummond to the crime, no criminal case could be brought against Drummond without further physical evidence,” the sheriff’s office said.

The case was reopened in recent years. And, in early 2022, Smith’s clothing was reexamined using up-to-date DNA testing methods.

A profile for her killer was established and detectives obtained a DNA sample from Drummond himself. The sample matched the profile.

Drummond was found dead in early September, eluding what passes for state-sanctioned justice after all these years.

Smith was popular and well-known in the area when she was killed. Her restaurant was popular with locals and arranged like a “Grandma’s parlor,” according to the Valley News archive. Buffalo Gals showcased live music and sold t-shirts. Business was picking up when she died.

In an interesting coda to her life, however, Smith would reportedly, in the weeks leading up to her sexual assault and murder, tell close friends she believed she was going to die young. She gave away her prized possessions, called people she hadn’t spoken to in awhile, and checked in, just to say “hi” and that she cared.