Former Sheriff’s Deputy Sentenced to Prison for Preying on Teen Girls, Posing as 15-Year-Old Boy and Younger Man on Snapchat 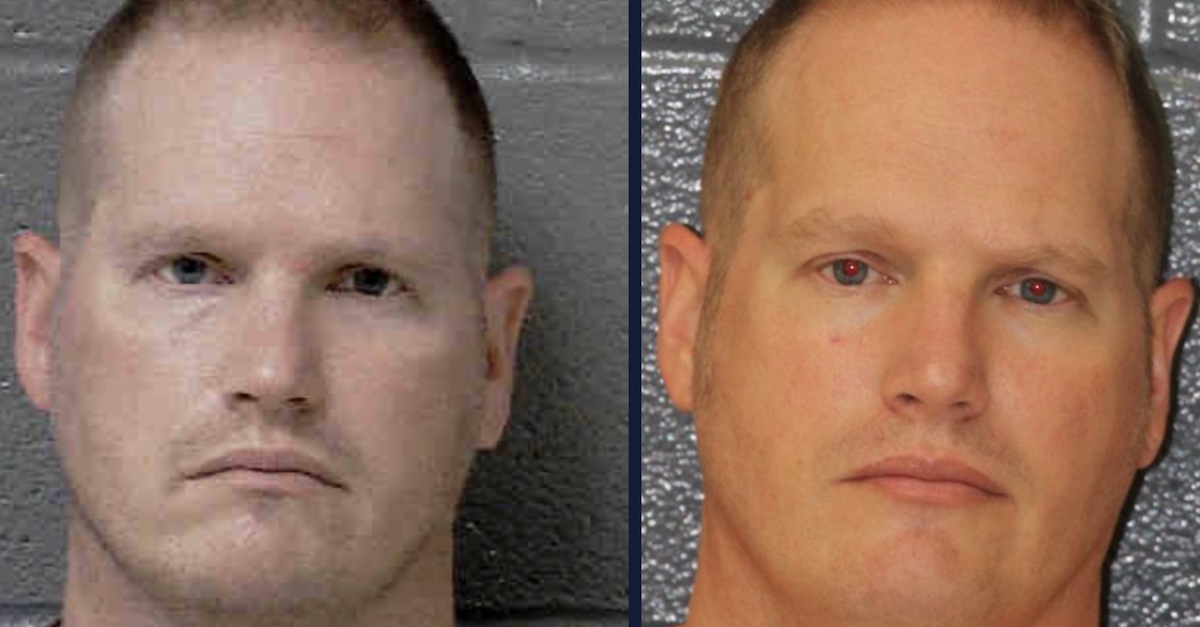 A 38-year-old former sheriff’s deputy in Colorado was sentenced in a North Carolina courtroom to just under 22 years in federal prison on Monday for posing as a teenage boy and younger man on Snapchat to prey on teenage girls.

The U.S. Attorney’s Office for the Western District of North Carolina said Monday that Vincent Ryan Potter was sentenced to 262 months of prison time (about 21.83 years) behind bars plus a lifetime of supervised release.

“Potter is an online predator who contacted vulnerable children via social media and used deception, pressure, and threats to coerce his young victims into sending him sexually explicit images and videos of themselves,” said U.S. Attorney Dena Janae King of the Western District of North Carolina. “Potter was a sworn officer of the law which makes this case particularly disturbing. I commend the law enforcement agencies that investigated this case for working closely across state lines to locate Potter and put a stop to his predatory behavior.”

Potter, then a deputy with the Adams County Sheriff’s Office in Colorado, encountered the teenage girls through Snapchat, separately telling them between January and April 2021 to send him sexually explicit pictures and video of themselves.

Prosecutors described one of the girls as being 14. Potter knew she was a teenager, but nonetheless made multiple Snapchat accounts in which he pretended to be a 15-year-old boy and 23-year-old man. Under this guise, he pressured the girl to sending him the sexual material, prosecutors said. If she did not keep doing it, he would release it to her friends and the interest, authorities said.

Prosecutors also described the other girl as a teenager. As with the 14-year-old, he “enticed and “coerced” her to send him sexual images and videos of herself.

“For each offense, the defendant was in Colorado and the victims were in the Western District of North Carolina,” authorities said in the factual basis for his guilty plea. “The defendant, pretending to be someone else on the app, Snapchat, initiated communication with the two minors. Knowing that they were minors, Defendant proceeded to persuade, induce, entice, or coerce them to send him pornographic images.”

Potter pleaded guilty on March 4 to coercion and enticement of a minor to engage in sexually explicit conduct for the purpose of producing child pornography.

“As a former law enforcement officer, this defendant betrayed the public trust placed in him by preying on children rather than protecting them, as he was sworn to do,” said Special Agent in Charge Ronnie Martinez of Homeland Security Investigations in North and South Carolina. “HSI is committed to holding those who seek to exploit children fully accountable, regardless of the position they may hold.”

“A child predator has been arrested and held accountable for his actions due to the joint investigative and prosecution efforts of UCSO detectives, Homeland Security Investigations Special Agents, and the U.S. Attorney’s Office,” said Sheriff Eddie Cathey of the Union County Sheriff’s Office. “The Union County Sheriff’s Office is proud to partner with our federal law enforcement partners in order to safeguard the children in our community from anyone who would try and cause them harm.”