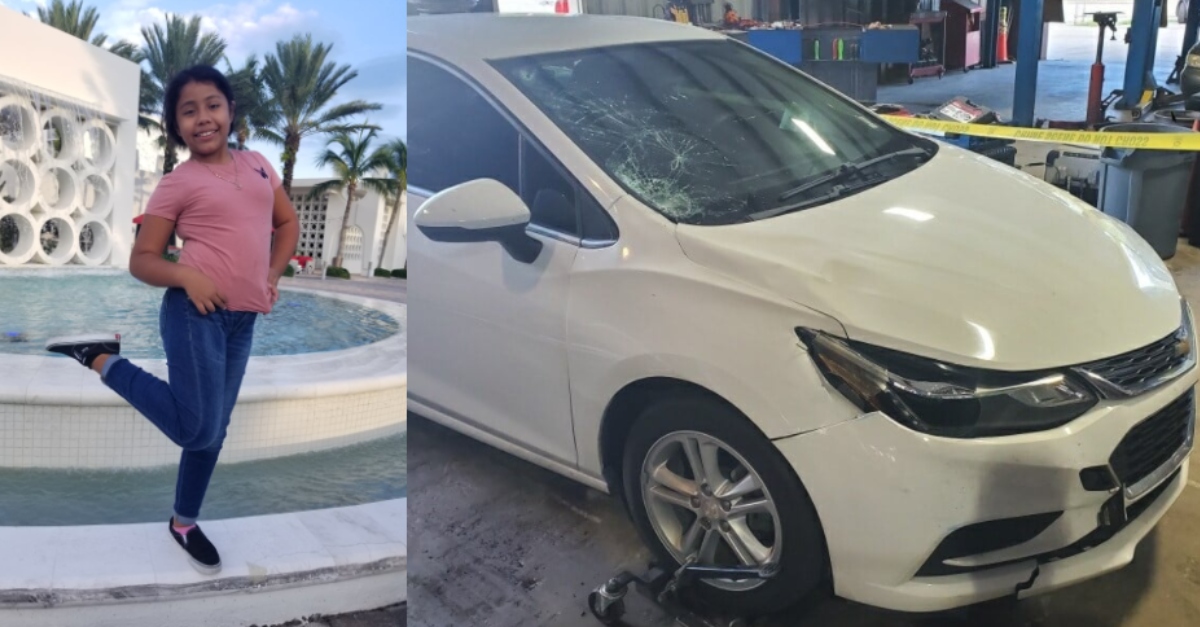 Cops have made a pivotal announcement in the aftermath of a 10-year-old girl’s tragic death on Thursday.

Police in Fort Pierce, Florida, say they tracked down the car involved in the hit-and-run that killed Yaceny Berenice Rodriguez-Gonzalez. Officers did not specify if they found the driver who was behind the wheel. They only mentioned identifying a person of interest.

“On September 23, 2021, at approximately 4:00 p.m., the Fort Pierce Police Department located the vehicle involved in the fatal hit and run of 10-year-old Yaceny Rodriguez-Gonzalez,” police said. “The car was towed and secured for further investigation. The investigation revealed a person of interest, and we’re currently working in conjunction with the Nineteenth Judicial Circuit State Attorney’s Office.”

According to cops, they responded to Oleander Avenue and Skylark Drive regarding a hit-and-run, and they found Rodriguez-Gonzalez unconscious in a grassy area.

“Officers learned that Rodriguez-Gonzalez was walking across the intersection to get on her school bus, which had its stop stick and flashing lights on,” police said. “The driver was traveling northbound, struck the child, and fled the scene. Yaceny Rodriguez-Gonzalez was transported to Lawnwood Regional Medical Center, where she later succumbed to her injuries.”

Make shift memorial now airs near scene where Fort Pierce police say 10-year-old Yaceny Rodriguez-Gonzalez was struck and killed by a hit and run driver while at her bus stop this morning. @wpbf_angela @WPBF25News pic.twitter.com/YM19nclmUn

“Just think about it,” he said. “They didn’t even stop to see if the person that they hit, a young child that was struck, Yaceny, was okay. And that hurts us all.”

Asked about the driver’s speed and any possible attempts to brake, Rodriguez said that was under investigation. The child’s mother and younger sibling were there when the hit-and-run happened, he said.