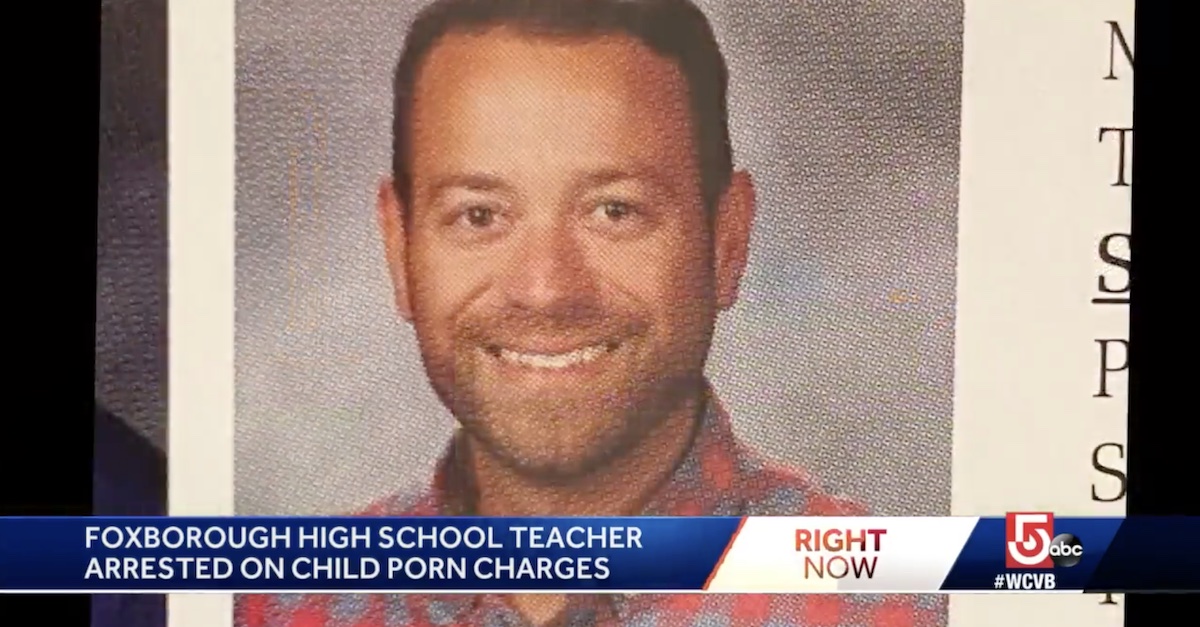 FBI Special Agent Derek Back wrote in an affidavit that the feds first became aware of Davis in July.

“On or about July 1, 2021, an individual reported to the FBI that a man subsequently identified as DAVIS had displayed a video depicting DAVIS having sexual intercourse with another person who appeared to the reporting individual to be approximately middle-school aged. DAVIS told the reporting individual that DAVIS was a teacher and that the minor was one of his students. Through subsequent investigation, law enforcement confirmed DAVIS’s identity and confirmed that he did, in fact, appear to be a teacher at Foxborough High School,” the Aug. 26 complaint said.

When questioned by the feds during an interview, the Mansfield resident allegedly claimed the young male in the video reported by the tipster was 18 years old.

“I viewed the video; it depicts DAVIS (his face is visible in part of the approximately 20-minute video) and a young male who appears to be a teenager, and whose face is visible in portions of the video, engaged in sexual activity, including intercourse and oral sex. DAVIS was questioned about the video and admitted that he was the adult male depicted in the video,” Back’s affidavit continued. “DAVIS claimed the young male in the video was 18 years old and that they had met on a particular social media and dating application. DAVIS provided what he believed to be the young male’s first name and what he believed to be the town where the young male lived. Investigation into the identity of the young male continues.”

“The charge of possession of child pornography provides for a sentence of up to 20 years in prison, at least five years and up to a lifetime of supervised release and a fine of up to $250,000,” the DOJ press release added.

Davis was placed on unpaid leave from Foxborough High School after he was arrested and charged by complaint in August.