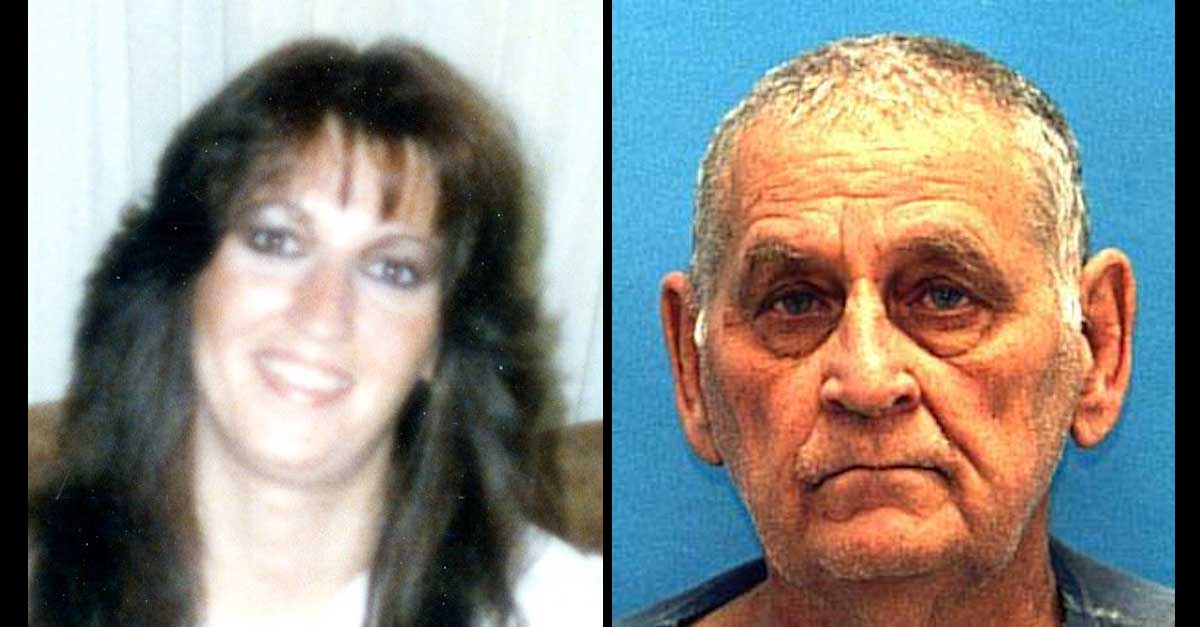 Denise Marie Stafford is seen in an image released by the Sarasota, Fla. Police Department.  Joseph Magaletti, Jr. appears in a mugshot from the Florida Department of Corrections.

Police in Sarasota, Fla. on Wednesday named a suspect in the 1985 cold case killing of Denise Marie Stafford, 28.

“We have identified the individual who perpetrated this horrendous crime,” Criminal Investigations Division Capt. Johnathan Todd said in a news conference.

According to the police, Stafford died sometime between 11:00 p.m. on October 12, 1985, and 3:10 a.m. on October 13, 1985, in the 300 block of Tarpon Avenue. The suspect, Joseph Magaletti, Jr., 64, was a convicted murderer who died in prison in Feb. 2015 while serving a life sentence for another unrelated killing which occurred some ten years after Stafford’s death.

Magaletti was a bouncer at a local bar called the Playground Lounge where Frank Stafford, the victim’s husband, also worked, said Civilian Investigator Jeff Birdwell of the Sarasota P.D. at the news conference. Birdwell said Frank Stafford was working an overnight shift when Magaletti killed Denise Stafford. He said Stafford was a “new mom” who was home with her daughter when the slaying occurred.

Hundreds of interviews and hundreds of pages of data dating back to the 1985 killing provided the “foundation” for the link which tied Magaletti to the killing, the authorities said.

“There’s also documentation there where Denise actually got a pair of seat covers from Magaletti for her car,” Birdwell continued. “So, now we can put the nexus even further that Denise and Magaletti knew each other.”

“There was evidence that Denise was attacked while standing up,” Birdwell said while describing the 1985 killing. “That evidence told us that, somehow, from the initial attack, that she ended up in her final resting place, which was on a bed and on her back.  She was also spun around on the bed — other words, her head was at the foot of the bed, which is totally uncommon for any of us.  So, she had to be placed there.”

DNA technology only became available to investigators 10 years later in approximately 1995; a process to examine so-called “touch DNA” was not recognized until the late 2000s, Birdwell said. But that process is what authorities say led to the link between Magaletti and Denise Stafford. 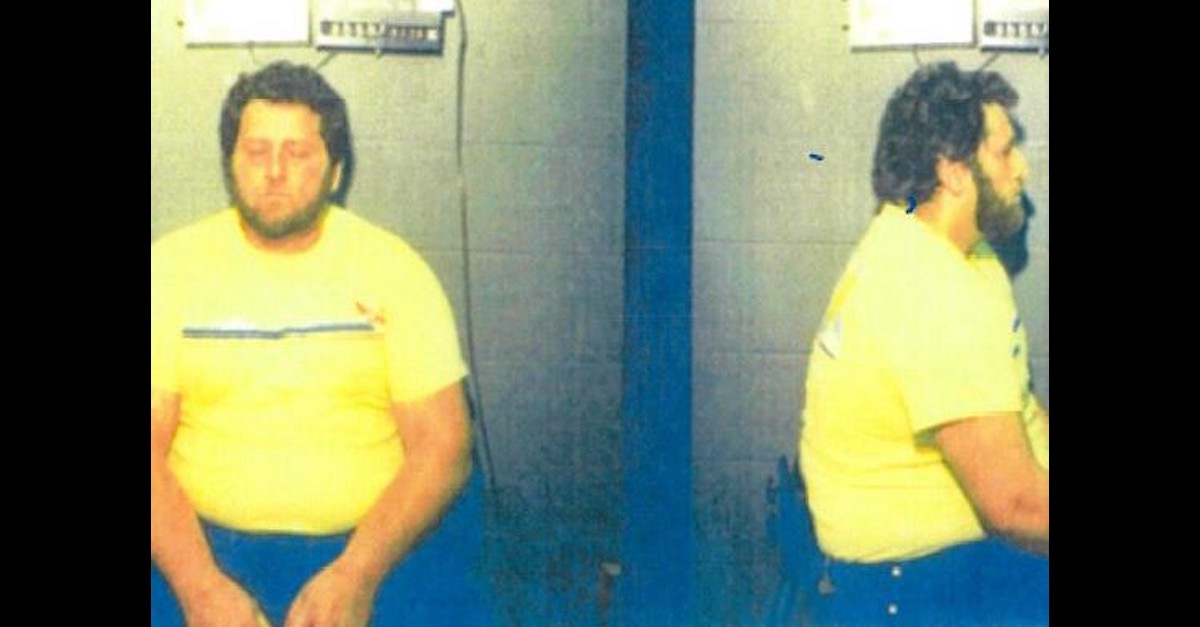 “Looking at the crime scene, we decided to send garments off to where an individual would have had to touch her to place her on the bed,” Birdwell said — again referencing And on those garments, underneath her knees and around her ankles from her pants, we got a DNA hit, and that came back to Joseph Magaletti.”

“Whoever placed her on the bed — her final resting place — that person was Joseph Magaletti,” Birdwell later concluded.

The DNA initially came back suggesting an unknown “stranger” had touched the garments, Birdwell said. The link to Magaletti came once that unknown sample was checked against law enforcement databases.

Todd noted that that he personally called several retired detectives who worked the case of the the years to tell them that a suspect was identified through DNA. They had considered Magaletti a person of interest since the early days of the investigation.

“They were beyond excited and happy to hear that news,” Todd said.

Records from the Florida Department of Corrections and appellate court opinions indicate that Magaletti was convicted June 15, 2001 of killing a former neighbor, Kathleen Leonard, on March 8, 1995, in Sarasota County. A single hair found among Leonard’s bedding provided a mitochondrial DNA link back to Magaletti; he wasn’t arrested until 1999, Birdwell said. An 2003 opinion from Florida’s Second District Court of Appeal explained the facts and circumstances of Leonard’s death:

On March 12, 1995, Kathleen Leonard’s employer made a missing person report to the Sarasota County Sheriff’s Office after several unexplained absences and being unable to contact Ms. Leonard by phone. Her badly decomposed body was discovered in her apartment on that same day. Upon entering the apartment, investigators found her fully clothed and lying facedown on her bed. Strips of torn towels had been used to strangle her and to bind her hands behind her back. The contents of her purse were dumped out on her living room floor. Credit cards were found inside her wallet but no cash. There were no signs of forced entry. The neck ligature and wrist binding were collected and swept for trace evidence; several hairs were recovered, all of which belonged to the victim, save one. Hair comparison and mtDNA analysis later identified Magaletti as the donor of this single hair, which appeared to have been broken at some point along the shaft rather than having been pulled from its root. Also, Magaletti’s fingerprints were found on the inside of the victim’s door beneath the door knob.

Birdwell went on to describe Magaletti as a drug abuser who didn’t keep jobs for very long. He supported his drug addiction by stealing from department stores and selling the fruits of his crime sprees to earn money to pay for drugs. Birdwell said Magaletti was also suspected in an additional killing or killings: “you’re dealing with, by definition, a serial killer” with a motive for “feeding” his own “wicked interests.” He then speculated that Magaletti’s motive for killing Stafford may have been to steal items he could sell to feed his habit.

Magaletti was not a native to the area of Florida where he was suspected of killing Stafford and convicted of killing Leonard — suggesting to Birdwell that “a lot of work” needed to be done to determine whether additional possible victims exist elsewhere. 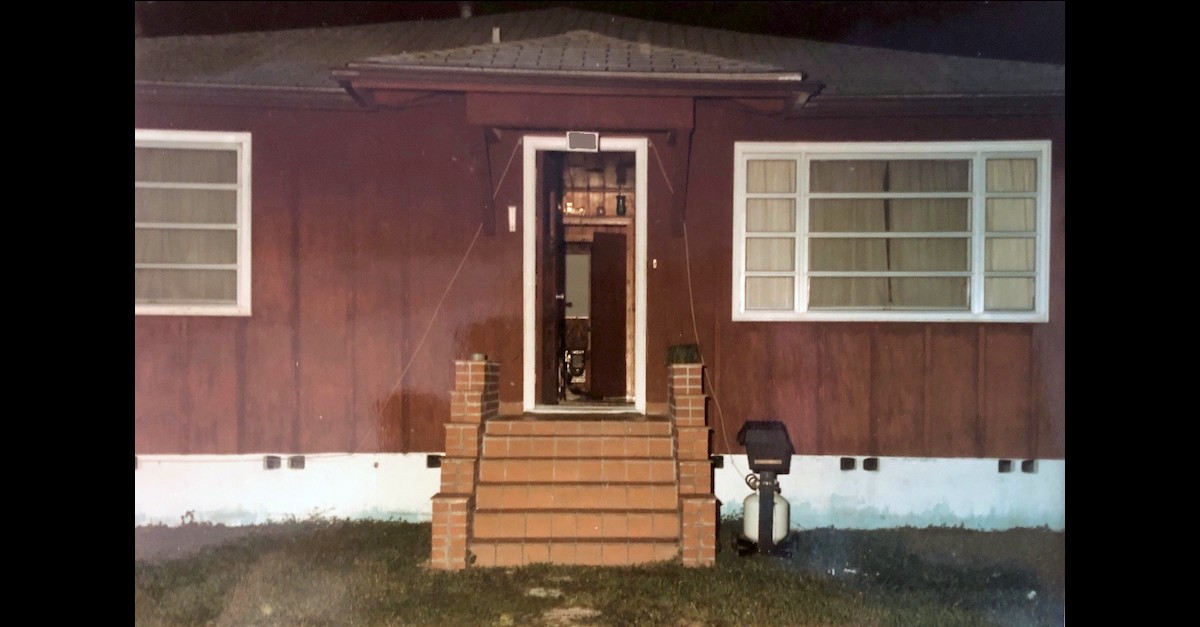 The home where Denise Marie Stafford died is shown in an evidence photo provided by the Sarasota, Fla. Police Department.

Stafford’s mother took the podium to thank the police for their dogged investigative work.

“He’s gone,” she said with reference to Magaletti. “He’s not going to harm anyone else. That has been my healing cry since the beginning: I didn’t want to see any other mother go through what our family has.”

“She was little. She was loving,” the victim’s mother added. “She was a good daughter. We just all love her and miss her.”

“I strongly stay that everyone should be thankful for the people that work in law enforcement,” she also said while expressing that the police “across the country need our support.”

Birdwell spoke generally about the families waiting for answers and sent a message to suspects who have not yet been caught.

“With fresh eyes and new technology, we’ve got a chance,” the investigator said. “It’s important for every suspect out there who hasn’t been arrested to understand you haven’t gotten away with it. We’re still coming. You still need to look over your shoulder. And with some effort on our part and with technology, your day’s coming.”

Law&Crime emailed the Sarasota Police Department inquiring as to whether the DNA behind the victim’s knees and near her ankles could have been transferred by the seat covers the police said the victim purchased from the suspect — rather than as part of the killing.  In response, Birdwell told Law&Crime as follows:

Magaletti was shoplifting “new merchandize” from area shopping stores and selling or trading those items to support his cocaine habit.  There was a time difference between obtaining the seat covers, the decedent utilizing the seat covers and the homicide. Add to these facts, the clothing she was wearing would have been washed and reused likely several times between timeframes.

In other words, the chance of the DNA being transferred by the seat covers was slim to none in the minds of the authorities, and they’re sure they have the right man.

[Editor’s note:  this piece has been updated to contain a response to questions about possible transfer DNA and to include additional evidence photos.]