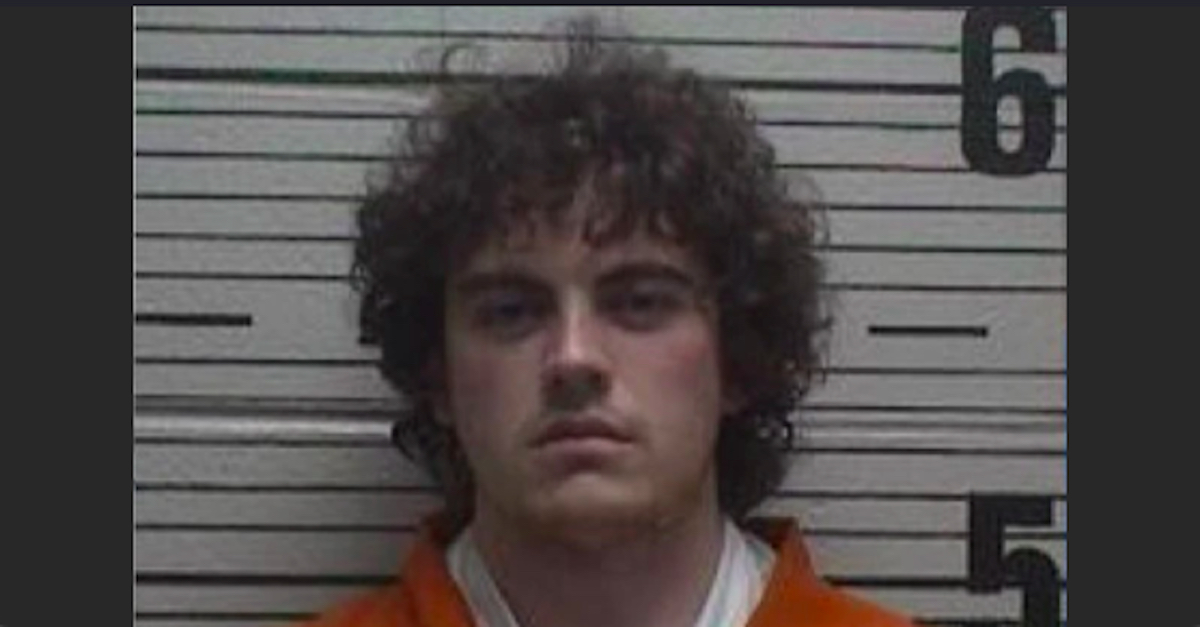 A pregnant Alabama woman begged for her life and the life of her unborn child before her husband shot her twice in the head last month, prosecutors said during the man’s preliminary hearing.

Hunter James Tatum appeared in Autauga County District Court on Thursday at a proceeding where investigators recounted what they say they learned from audio recordings and video footage obtained in the case.  They say the materials show Tatum fatally shooting his wife, 26-year-old Summer Tatum, in their Prattsville home, the Montgomery Advertiser reported. Summer Tatum was five months pregnant with the couple’s first child.

Clark reportedly said Hunter can be heard yelling, “No. Get away from me,” shortly before two gunshots can be heard.

According to the report, Clark also testified that investigators believe Hunter’s motive for killing Summer stemmed from an argument that occurred after she discovered that he had been cheating on her with a woman he met on the internet. Summer had reportedly packed a bag and was preparing to leave Hunter when he pulled out the .38 caliber handgun that authorities say he used to to kill his wife.

The Advertiser reported that investigators obtained the audio and video evidence from the three cameras located outside of the Tatum’s home as well as a camera from their neighbor’s house.

“The video doesn’t show much, but it picks up the audio,” Clark reportedly said in reference to the footage from the neighbor’s camera. “You can hear the victim screaming and then two gunshots.”

He further testified that a camera pointed towards the Tatum’s bedroom appeared to show “Mr. Tatum dragging the victim across the floor after two gunshots.

During a bond hearing last month, prosecutors argued that Hunter was standing behind a kneeling Summer Tatum when he shot her execution-style by putting two bullets in the back of her head.

Hunter Tatum’s defense attorney, Clifford Cleveland, reportedly argued that Summer was the aggressor in the fight and that she pulled the gun on his client.  He claimed claiming that the firearm went off as the defendant was trying to wrestle it away from his wife. Hunter’s original attorney, Trey Norman, withdrew from the case last month citing a conflict of interest, according to Elmore Autauga News.

As the proceeding drew to a close, Judge Booth ruled that prosecutors had put forth sufficient evidence to present the case to a grand jury. She also rejected a request from Cleveland to reduce Hunter’s bond from $400,000 by citing the “extremely violent nature of the crime” the defendant is accused of committing.

As previously reported by Law&Crime, Emergency Medical Services paramedics rushed Summer to Baptist South Hospital in Montgomery where she was initially said to be in critical condition and placed on life support. Doctors were able to deliver the child alive. They placed the baby in the facility’s neonatal intensive care unit (NICU), but the child did not survive the day. Summer died soon after the baby was delivered.

Under Alabama Code § 13A-6-1, “an unborn child in utero at any stage of development, regardless of viability” is considered a person when the baby’s life is ended in a criminal homicide.

Hunter is currently charged with two counts of murder, but prosecutors said they may upgrade the charge to capital murder.