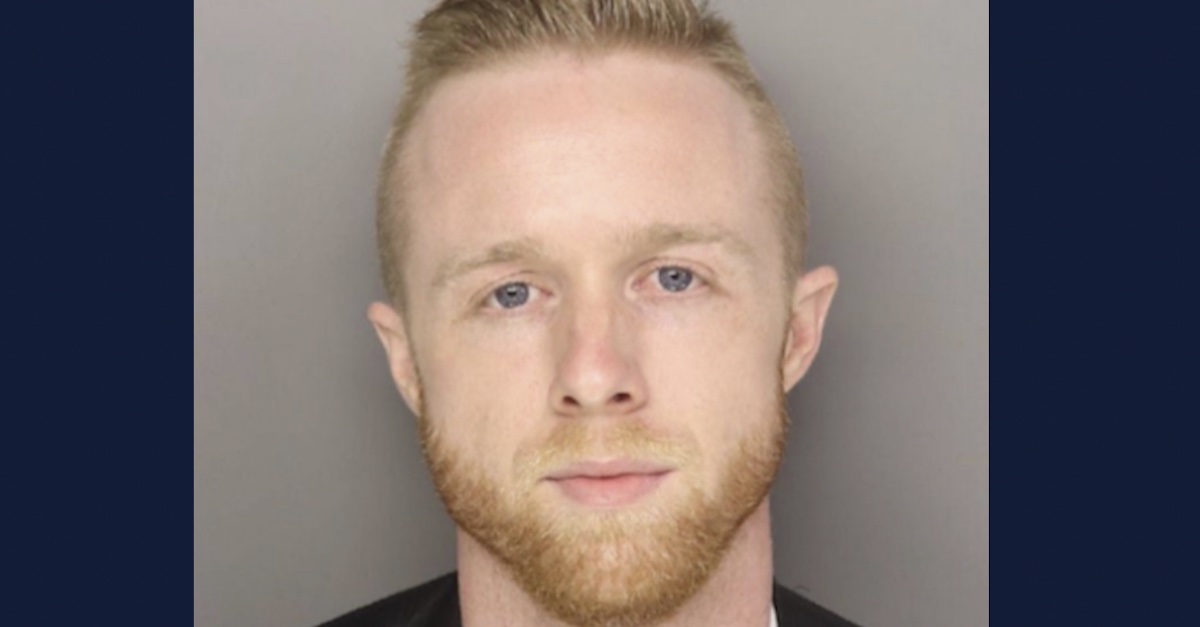 A 29-year-old man originally from California with a prestigious background as a concert pianist has been denied bond ahead of trial in the alleged Oct. 13, 2021 stabbing murder of 41-year-old Christina Larain Parcell, a veterinary hospital worker in South Carolina prosecutors say was in a child custody battle with a friend of the defendant before her death.

Zachary David Hughes appeared virtually in Greenville County courtroom on Wednesday as his defense lawyers attempted to make the case that authorities arrested the wrong person.

In addition to claiming Hughes’s innocence, the defense argued that the defendant is neither a flight risk nor a danger to the community. Judge Edward Miller was ultimately not persuaded, as the evidence against the defendant at this stage of the proceedings—plus the nature of the alleged offense—loomed large, FOX Carolina reported.

The defendant, described as a Juilliard-trained pianist with six months of military training, was allegedly caught by a doorbell camera entering the victim’s home on the day of the murder. Additionally, prosecutors say that Hughes’s DNA was founded underneath the fingernails of the victim.

The defense, however, argued that up to now the state has failed to produce expert reports regarding the DNA evidence, failed to identify any motive that Hughes might have had to kill Parcell, and failed to establish a clear link between the suspect, the victim, and the victim’s then-fiancé, Bradly Post, who was arrested on Oct. 19, 2021 and charged with five counts of first-degree sexual exploitation of a minor. Investigators claimed they had evidence Post had produced child sexual abuse material on at least five separate occasions. Lt. Ryan Flood of the Greenville County Sheriff’s Office said Post’s arrest, which occurred less than a week after Parcell’s murder, was the result of an investigation unrelated to the killing.

Hughes’s legal team accused prosecutors and responding law enforcement, however, of ignoring Post’s “nervous” behavior on the day he called 911. 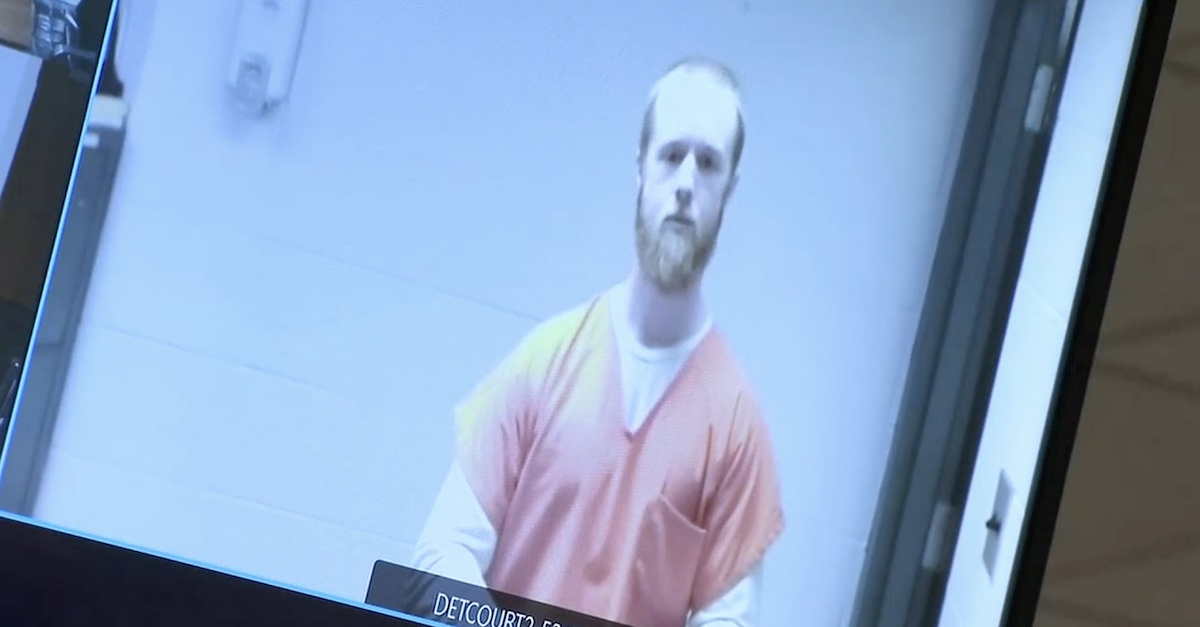 Zachary Hughes appears in court for bond hearing on April 6, 2022.

“The deputy who responded walked outside the residence and reestablished contact with Post for the purpose of continuing the investigation. During the deputy’s interview, ‘Post became. nervous and asked if he needed to speak with his lawyer,'” the defense motion from Tuesday said. “Despite the fact the deputy was just ‘asking basic questions about the incident at the time, Post asked for his lawyer.’”

The defense said Post even speculated that someone other than Hughes had killed Parcell before the victim’s fiancé donned gloves at the crime scene.

“For the rest of the day, law enforcement personnel collected evidence from the scene and talked with neighbors to try to determine if anybody saw anything,” the defense motion continued. “Police asked Post to accompany them while they searched the residence. Strangely, Post wore gloves during the process.”

Prosecutors reportedly countered the defense in court by saying that there is actually a link between Parcell and Hughes through John Mello, a man described as both a friend of Hughes and the father of Parcell’s child—with whom the victim was in a custody battle.

Judge Miller denied the murder defendant bond, but FOX Carolina reported that the jurist did permit the defense to revisit the motion for bond should their DNA experts “produce relevant evidence and phone records,” as the story put it.

Still, Hughes had a number of supporters in the courtroom on Wednesday, including his mother Mindy Hughes.

“There is no way I can even imagine Zack doing something like this,” she said.

Marshall Winn, a friend of the defendant, added: “Nobody saw any indication of any sort of untoward behavior on the part of Zack Hughes. None.”

On his professional website, Hughes, a graduate of The Juilliard School in New York City, said he was homeschooled as a child and loved J.R.R. Tolkien’s The Lord of the Rings books.

“Free time not spent practicing piano was employed crafting wooden replica swords from the LOTR books and movies and taking them into the Appalachian woods to do battle with the forces of darkness,” the site states. “In 2019 he felt the itch to see a different side of life, and after six months of rigorous physical training was selected from a competitive pool of candidates to attend Marine Corps Officer Candidates School in Quantico, VA. Despite earning top marks at OCS, he was dropped from training due to severe stress fractures sustained in both legs.”

“It was a very brutal crime scene, for sure,” he added.

Those who knew Parcell said she was the mother of a young daughter, and a friend with a sense of humor who had a love for animals. 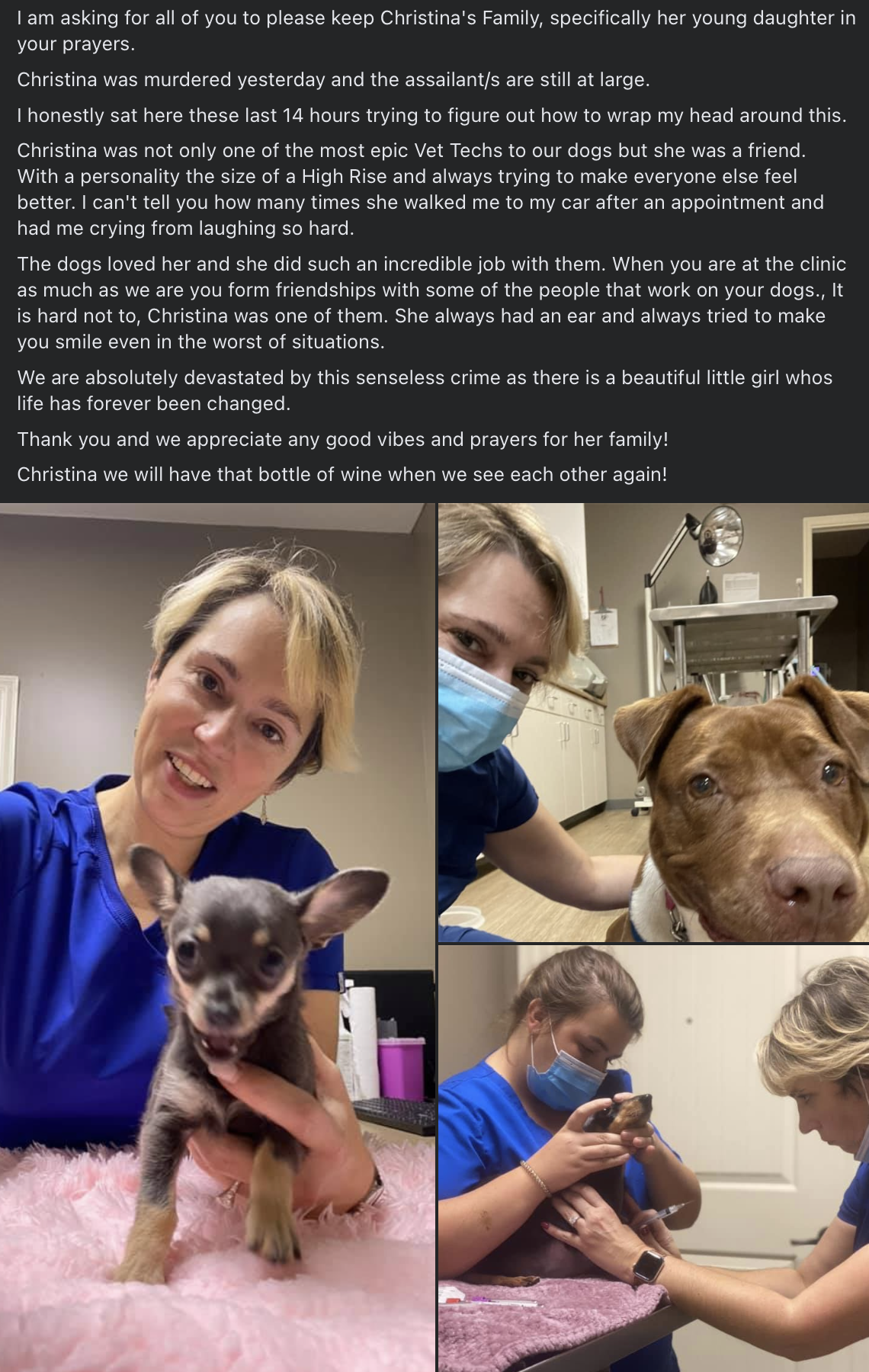 The Greenville County Sheriff’s Office said it dispatched deputies to Parcell’s home located at 122 Cane Brake Drive in Greer at approximately 11 a.m. on Oct. 13. Lewis said that “a person familiar with” Parcell found her deceased in her apartment. That person was Bradly Post. Investigators rushed to the scene where they discovered Parcell had been “brutally stabbed multiple times.”

An autopsy conducted by the Greenville County Coroner’s Office determined that Parcell’s death was a homicide caused by “multiple sharp force injuries.”

After a warrant was issued for his arrest in early November 2021, Hughes turned himself in. The defense argued that Hughes’ decision to turn himself in when he could have just as easily walked to Canada or flown to Europe supports his innocence.

“Put simply, everything Zack has done since police obtained warrants for his arrest have been the actions of an innocent man,” the defense motion said. “At the time police obtained arrest warrants for Zack, he had been hired to perform for an international cruise line. Zack was informed that warrants were pending while he was in Detroit, Michigan waiting to board a flight for Eurpose the next day, a planned trip to prepare for his new job. From his location, he could literally see the American/Canadian border. He literally could have walked into Canada, or he could have boarded his plane the next day and left for Europe.”

Greenville County Detention Center records show that Hughes remains held without bond on charges of murder and possession of a weapon during a crime of violence. Hughes has remained behind bars since Nov. 3, 2021, the day he turned himself in. 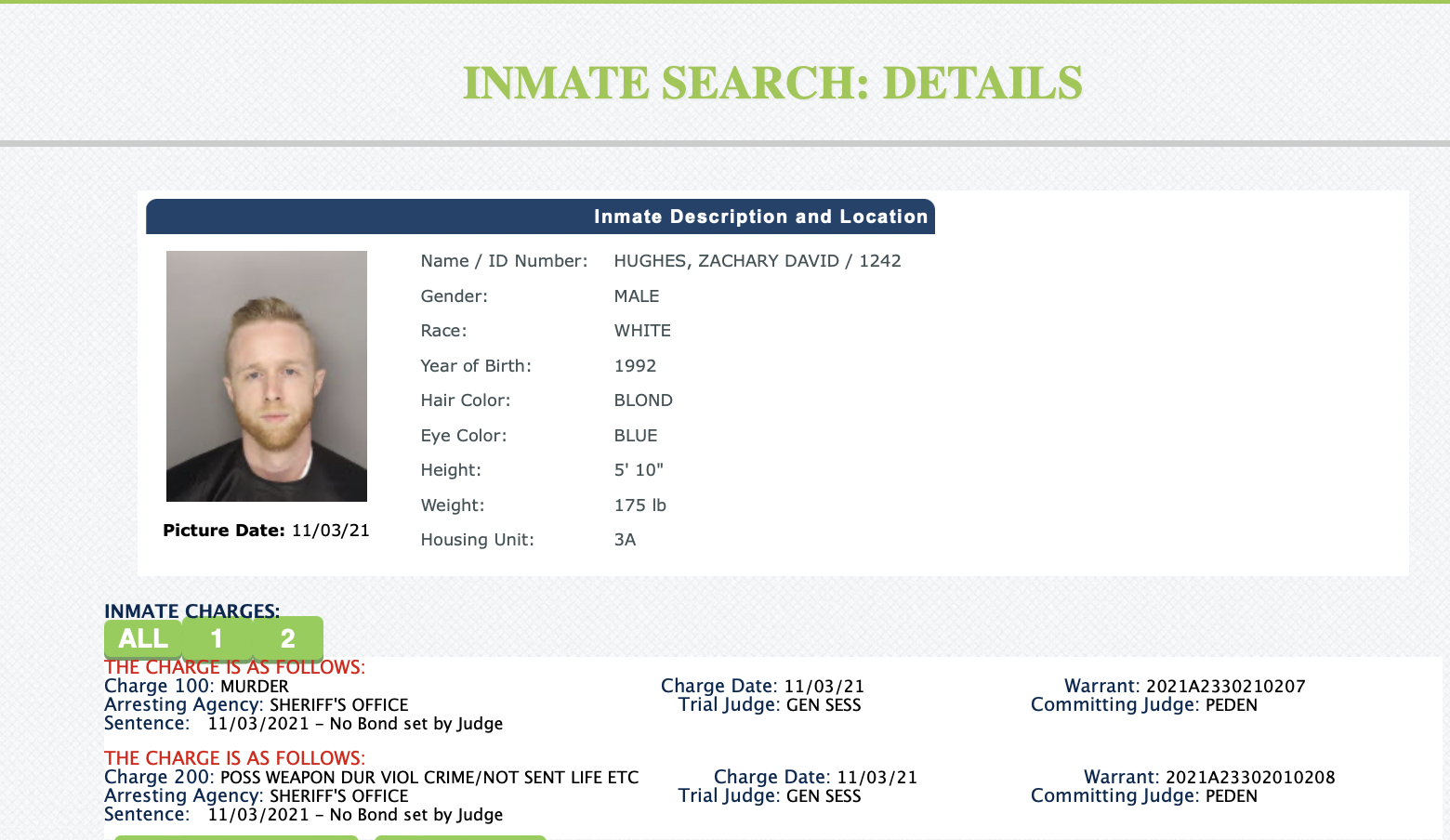