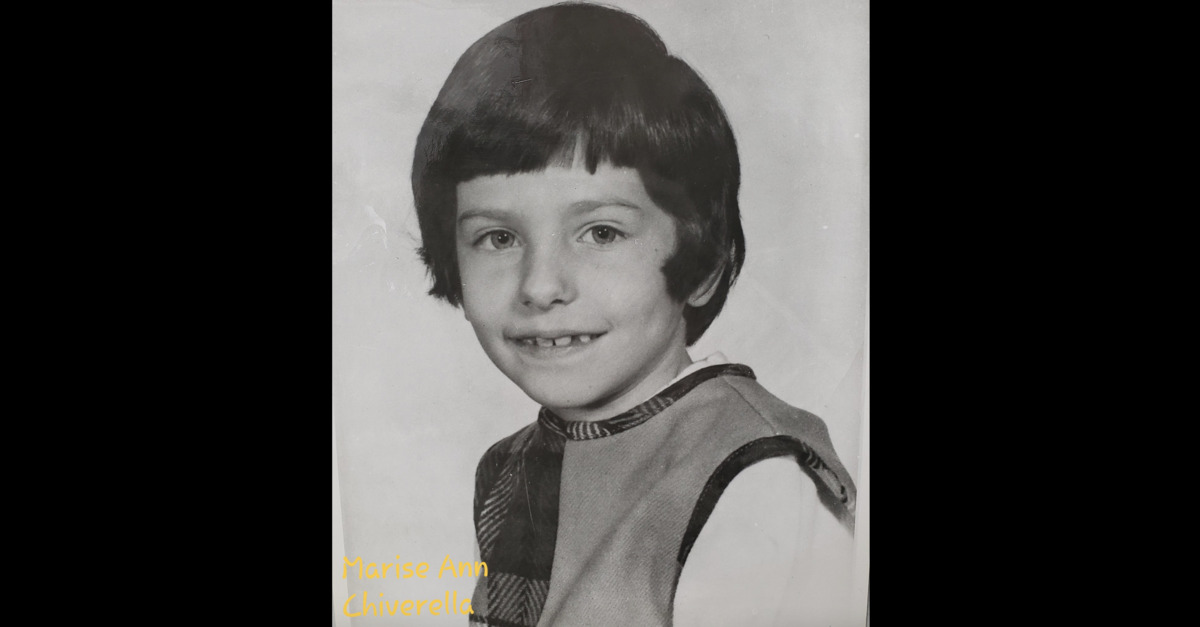 Marise Ann Chiverella was all of 9 years old when she was raped and murdered in March of 1964. The man who stole her was never found. Now, almost 58 years later, police believe they’ve solved the mystery.

According to the Pennsylvania State Police, the presumed killer’s DNA profile has been checked monthly against any and all new entries into various DNA databases since 2007. Additionally, the agency says, the case has been reviewed by law enforcement on an annual basis.

On Thursday, police say, the girl’s killer will finally be revealed.

“Through investigation, a suspect was developed and identified as the assailant of this brutal crime, solving the 57-year-old cold case,” the PSP wrote in a press release on Tuesday. “More detailed information will be shared during the news conference.”

According to Scranton ABC affiliate WNEP, authorities used a technology solution created by a genetic genealogy analysis company to produce a “snapshot pheno-type” of the suspect’s face based on his DNA. Several images of the would-be killer were created that purported to show representations of him at 25, 50 and 60 years of age.

The PSP made note of that development in March 2019:

On March 18, 1964, Marise Ann Chiverella, 9 years old, was raped, strangled & murdered in Hazleton, PA. Through new technology from @ParabonSnapshot, we now have 3 photos of the possible suspect at age 25, 40 & 60. Please contact PSP with ANY info you may have!@PAStatePolice pic.twitter.com/RGOEjdxTWI

The images generated suggested a white male with dark hair and a wide nose was the man that police had long been looking for. In publicizing the data-based graphic, police asked the broader Keystone State for any information about the potential suspect at all.

Chiverella was last seen alive walking alone on the morning of March 18, 1964, just after 8:00 a.m. and heading east toward school. Later that same day, at around 1:00 p.m., the girl’s body was found. She had been kidnapped, gagged and dumped in a strip mining pit north of Route 309 in Hazle Township adjacent to the Hazleton Airport. All of her belongings were left behind and strewn about.

The site where she was found was just 2.5 miles away from her home.

A resulting investigation determined the absolute worst: the girl had been physically and sexually assaulted before she died.

According to LehighValleyLive, a website operated by the Advance Local newspaper group, Chiverella had canned goods with her that she planned to bring to church on the day she died.

A report in the Pottsville, Pa. Republican Herald clarifies that the victim left home early that day by herself “to drop off a gift of canned fruit to a nun celebrating her feast day ahead of daily Mass and school.” She normally walked the short, half-mile journey to her school with her siblings.

That report by journalist Amanda Christman cites police sources who indicated that the man who killed Chiverella is dead.

“What is known is that he was a lifelong Hazleton resident,” the Herald reports. “He had different addresses over the years, but he lived within six blocks of where Chiverella was last seen the day she was killed, sources said. Also, he was charged with another violent assault against a woman years after Chiverella’s death, sources said. That victim survived.”

At the time of her tragic death, the girl was survived by her brothers Barry, Ron, and David; her sister Carmen-Marie, her mother Mary, and her father Carmen.

Something like closure for the remaining Chiverella family may be around the corner.