Parents and Brother of Disabled Girl Accused of Murder, Child Abuse, and Animal Torture Over ‘Deplorable Conditions’ Leading to Death of 14-Year-Old and 3 Dogs 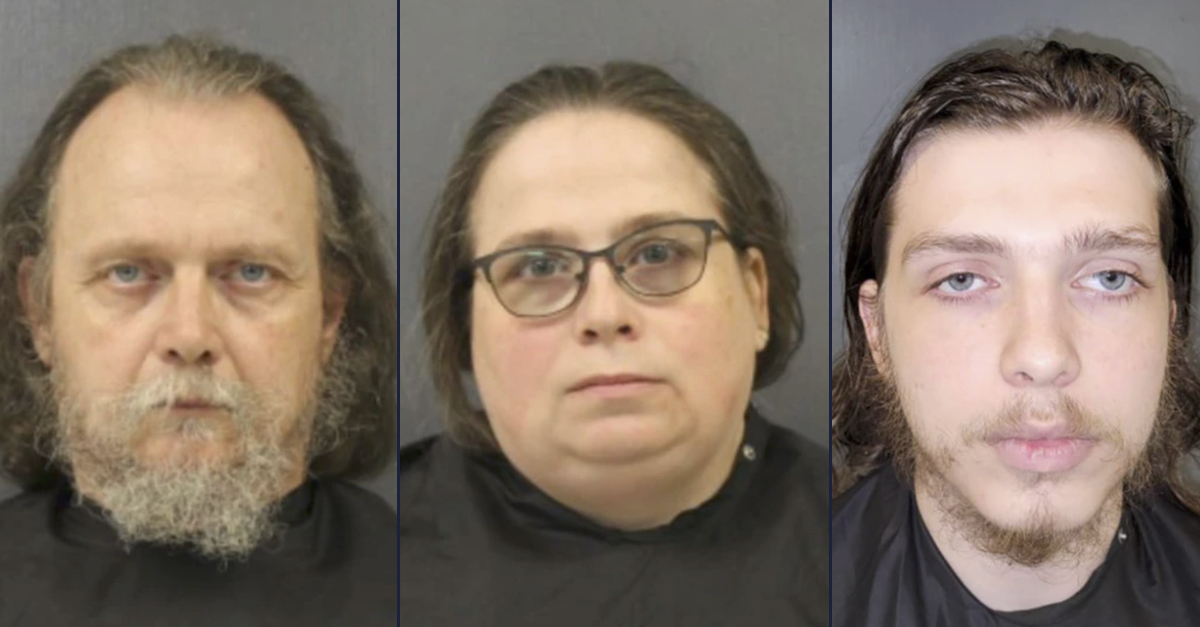 A 14-year-old South Carolina girl with severe disabilities died in April of this year. Now, three separate members of the victim’s family have been charged in connection with her death.

In May, Heather Baynard‘s father and mother, 53-year-old David Baynard, and 42-year-old Bobbie Jo Baynard were charged with murder locally. On Monday, the deceased girl’s brother, Edward Vincent Baynard, 20, was also charged with murder – as well as several additional counts related to the alleged conditions of the family home, according to state warrants obtained by Law&Crime.

Unnamed relatives of the family cited by the TV station say the deceased girl had cerebral palsy. In warrants, the child is referred to as “medically fragile” and allege she was kept in “deplorable conditions, specifically filled with garbage, infested with roaches, and covered in animal urine and feces, including the crib in which [she] lived.”

The son, a registered respite nurse and certified personal care assistant assigned to look after his sister, was also charged with child abuse, neglect of a child or helpless person by a legal custodian, as well as three counts of ill-treatment or torture of animals.

According to Greenville-based Fox affiliate WHNS, more than 40 animals were rescued from the Baynard residence following an investigation into the girl’s death by the South Carolina Enforcement Division.

“It was a pretty bad situation,” Cherokee County Humane Society Treasurer Beth Osment told the TV station. “And it was difficult to get the animals. It took several hours. They were dehydrated. Fearful. Hungry. And some definitely needed medical attention.”

In fact, one dog was dead. And, the warrant paints an even bleaker picture for the creatures who lived inside the allegedly filthy house.

Every other animal inside was allegedly found “severely malnourished, dehydrated and infested with fleas and worms,” and an additional two dogs are said to have been beyond the point of saving, SLED alleges, citing a veterinarian, necessitating the use of euthanasia. The three dogs’ deaths are attributed to Edward Baynard’s alleged neglect.

“This is the worst case of neglect that we have ever seen in this county,” Cherokee County Sheriff Steve Mueller said in April, according to Spartanburg, S.C.-based CBS affiliate WSPA.

“It was very clear and obvious to me once I began my examination of this handicapped child that there had been severe neglect from the caregivers,” Cherokee County Coroner Dennis Fowler also said at the time of Heather Baynard’s death, according to the TV station.

David Baynard and Bobbie Jo Baynard were also additionally charged this week with child abuse, unlawful neglect of a child or helpless person by a legal custodian, according to a SLED press release.

The parents were re-arrested and the trio were booked and went through bond court on Monday evening, WHNS reports, and are being held without bond in the Cherokee County Detention Center.

Family members told Greenville-based NBC affiliate WYFF they were horrified by the news of the girl’s death.

“I just remember being shocked,” an aunt to Heather Baynard identified only as Rebekah said. “Just the state of confusion. I just didn’t understand. We want justice for Heather.”

The state warrants are available below: