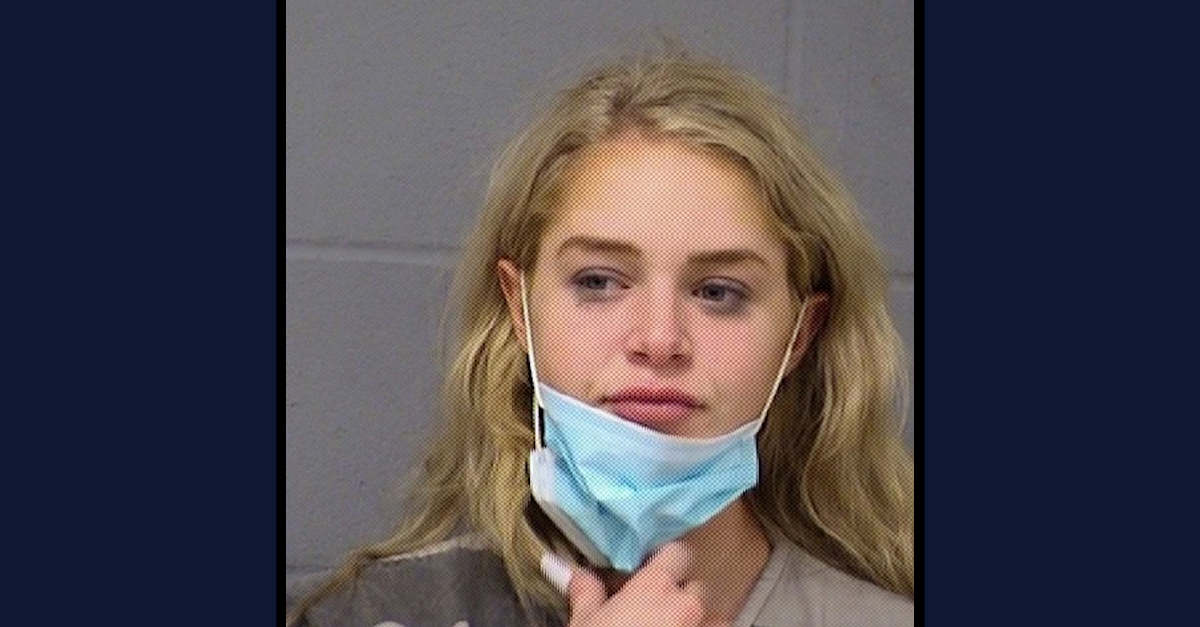 Courtney Clenney appears in an Austin, Texas mugshot taken after an unrelated drunk driving arrest in 2020.

An OnlyFans model with two million followers on Instagram has been arrested in connection with the stabbing death of her boyfriend, her attorney has confirmed to Law&Crime.

The detention of Courtney Clenney, also known online as Courtney Tailor, 26, was confirmed by attorney Frank Prieto.  Prieto first confirmed the arrest to the Miami Herald on Wednesday afternoon.

Clenney was in Hawaii receiving treatment for post-traumatic stress disorder and substance abuse problems when she was taken into custody, Prieto told the newspaper. The precise jurisdiction of the arrest was not reported.

Clenney is said by the Herald to be charged with second-degree murder with a deadly weapon. A case bearing her name does not yet appear in a Miami-Dade County court system database. Clenney’s name also did not appear on any Hawaii jail inmate roster available online as of Wednesday evening.

The Miami-Dade State Attorney’s Office said in a brief press release that more information would be announced at a press conference at 2:30 p.m. Thursday. The prosecutor’s office indicated that the case file would remain sealed until around that time. The press release did not name Clenney, but it did refer to the case as one which involved the “homicide” of Christian Tobechukwu “Toby” Obumseli, 27, who was Clenney’s boyfriend.

Prieto said Clenney was, indeed, the person arrested. The defense attorney sent Law&Crime this statement concerning the matter, and it reiterated previous claims by Prieto that Clenney acted in self-defense:

We are completely shocked at Courtney’s arrest based upon the clear evidence of self defense in this matter. Obumseli attacked her and choked her that evening; Courtney had no choice but to meet force with force. Further, we are disappointed that the State Attorney sought an arrest warrant in this matter; we have cooperated with the investigation from the beginning with both the State and the City of Miami Police Department. We have always offered to self-surrender if charges were filed in an effort to begin the legal process of clearing her of the charges.

Courtney was seeking treatment for her PTSD and related issues to this case and it is an absolute injustice to charge a victim of domestic violence and human trafficking with a crime; Courtney was clearly defending herself. We will vigorously defend Courtney and clear her of this unfounded and baseless charge.

Obumseli died after being rushed to the hospital on Sun., April 3, the Miami Police Department tweeted at the time.

The tweet said officers responded to 3131 NE 7 Avenue in Miami “regarding a domestic violence incident involving a stabbing.”

“The preliminary investigation determined that both Mr. Obumseli and the female had been involved in a physical altercation,” the tweet continued. “Homicide detectives, in conjunction with the Miami-Dade State Attorney’s Office and Medical Examiner Department, continue to investigate the incident.”

The department did not directly named Clenney at the time of the stabbing.

After the stabbing occurred, Prieto told Miami ABC affiliate WPLG-TV that his client acted in self-defense.

“Clearly, none of this was intended and Courtney is struggling mentally with the aftermath of what occurred that evening,” he wrote to the TV station shortly after the incident. “This is a tragedy for all involved but it was not criminal conduct; Courtney was defending herself and the investigation will reveal exactly that.”

According to friends who spoke with WPLG in a separate April report, Clenney was known to hit Obumseli, but Obumseli was not known to hit Clenney.

“From what we’ve personally experienced between the both of them, we believe that Christian wouldn’t put her in a position where she would need to stab him to protect herself,” said Ashley Vaughn, who reportedly knew the couple, to WPLG.

However, a neighbor who claimed to have a clear view into the apartment apparently shared by the couple said he saw Obumseli try to hit Clenney a week before the stabbing.

“I could not tell if it was open-handed or closed-handed, but he was swinging at her,” that neighbor said in the TV station’s report.

Citing Clenney’s attorney, Miami CBS affiliate WFOR reported that Clenney removed Obumseli from her lease before the attack due to “other domestic violence issues.”

Images of Clenney soaked in blood after the stabbing spread widely on the internet after being obtained and published by TMZ. That video is embedded below.

It is unclear when Clenney will be extradited from Hawaii to Florida.

[Editor’s note: this piece has been updated to include comments from Clenney’s defense attorney to Law&Crime.]