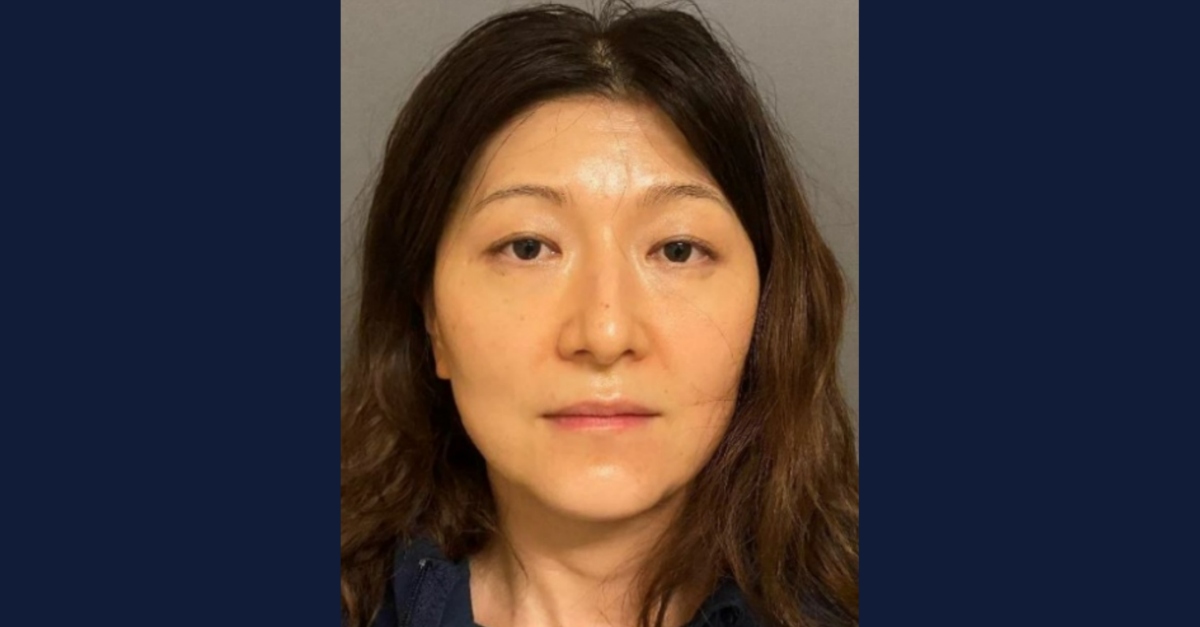 A dermatologist is accused of poisoning her husband with Drano. Police said the man substantiated his claims with video catching Dr. Yue Yu, 45, in the act.

“On Thursday, August 4, a resident reported he suspected he was being poisoned by his wife,” said cops from the city of Irvine, California. “The victim had fallen ill over the course of one month and became suspicious his wife was responsible for his illness. The victim captured video evidence supporting his suspicion and turned it over to police.”

Officers said they interviewed Yu that same Thursday, executed a search warrant on the couple’s home and arrested her.

The couple had been together for 10 years, they said. The husband, identified widely in reports as radiologist Dr. Jack Chen, filed for divorce and is seeking custody of their two children, according to documents obtained by The NY Post.

He told the court he was feeling ill for several months before, so he put up a nanny cam in the kitchen. This caught Yu poisoning his hot lemonade, he said. Chen reportedly provided footage from July 11 and 18.

Chen reportedly said he suffered two stomach ulcers, gastritis, and inflammation to his esophagus. He sought a restraining order, and the court gave him a temporary restraining order that keeps Yu away from their children, ages 7 and 8.

Chen accused both his wife and mother-in-law of being verbally, physically, and emotionally abusive.

“Emily would call me a ‘f–king asshole’ and other insults,” the husband wrote. “Currently she minimizes my existence by telling the children in front of me, ‘tell him’ to do something without addressing me. She would have the children to tell me to do menial tasks for her.”

“Emily’s parenting, if you could call it that, revolves around yelling, insulting, verbally abusing, hitting, pushing, pulling and being emotionally abusive,” Chen wrote.

Yu’s attorney David Wohl denied wrongdoing on his client’s behalf. He painted the poisoning and abuse allegations as the husband trying to get an advantage in their divorce.

“The only response I have to that is that [the husband is] desperately trying to get a leg up in the divorce,” Wohl said. “Consider the fact that he’s filed for divorce and he wants to get any advantage he has. This is a very common scenario, in my law practice of more than 33 years.”

Formal charges from the Orange County District Attorney’s Office is pending, according to NBC News.

Police did not suggest that Yu engaged in any wrongdoing against patients.

“This incident is a domestic matter which occurred in Irvine, and we want to reassure our community that there has been no impact on our patients,” said Providence Mission,  a hospital with which Yu is associated, according to SF Gate.

The victim sustained significant internal injuries but is expected to recover. Anyone with information related to this case should contact Detective Kate Nespeca at [email protected] or 949-724-7183