‘One of the Most Atrocious Homicides I’ve Seen’: Swiftly Convicted Killer Gets Life in Prison for Murdering 19-Year-Old Diner Co-Worker Who Told Him ‘We Should Just Be Friends’ 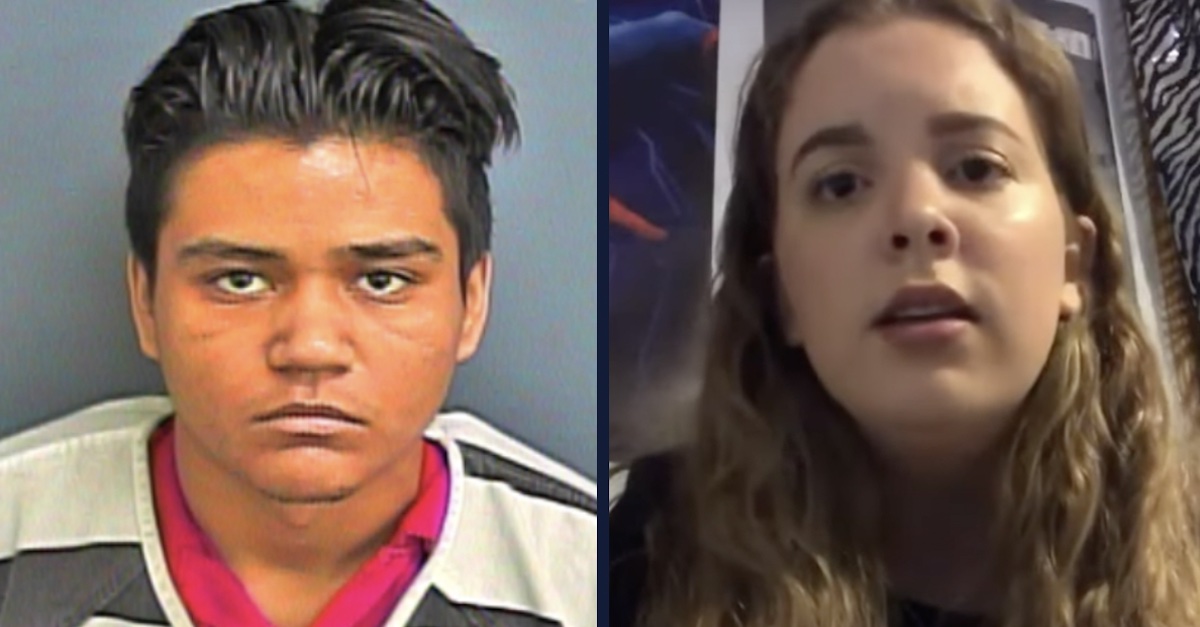 Following a two-day trial, a Tennessee jury swiftly found a 20-year-old Sevierville man guilty of murdering a 19-year-old diner co-worker. The January 2020 murder occurred just days after the victim, Savannah Burford, texted Gabriel Enrique Turcios, “I think we should just be friends,” prosecutors reportedly said at trial. Turcios had said he had a “crush” on Burford.

Judge Rex Ogle of the Fourth Judicial District Circuit was clear at sentencing that the murder of Savannah Burford was “truly one of the most atrocious homicides I’ve seen,” WBIR reported. Prosecutors said—and a jury was persuaded—that on Jan. 8, 2020, Turcios followed Burford out of the Sunliner Diner in Pigeon Forge to a parking lot. Turcios was accused of stabbing the victim multiple times in her neck and chest as her mother waited for her nearby.

Moments after the jury came to a conclusion, Gabriel Turcios was handcuffed and taken out of the courtroom. @6News pic.twitter.com/3rGwbQO9le

Authorities said that they soon learned the truth of what happened from the suspect himself on the night of the stabbing. Bodycam video capturing Turcios’s arrest showed him acknowledging that he understood his rights. He also matter-of-factly made incriminating statements about the whereabouts of the murder weapon.

Turcios admitted he stabbed the victim and had planned to stab himself after the fact, prosecutors said. He also allegedly blamed the devil. Both the bodycam video of the arrest and diner surveillance video of the attack itself were shown to the jury.

While prosecutors said that Turcios thought about killing Burford for days, the defense attempted to argue that the killing was the result of insanity brought on by longstanding medical issues. Jurors ultimately weren’t persuaded by the testimony of Turcios’s mother, who reportedly spoke of her son’s sickle cell condition, his upbringing, and the startling statement he purportedly made ahead of trial.

According to WBIR, the woman recalled through an interpreter that her son said: “Gabriel wasn’t the one that was going to come to court, but it was going to be the skeleton that was in control of him.”

After the verdict was reached and announced, jurors recommended that Turcios be sentenced to life without parole. That is the sentence Turcios received.

A GoFundMe campaign started by a member of Burford’s family more than two years ago said that Savannah was “Intelligent, beautiful, sweet and so brave.” The family also said Turcios stalked Burford.

“She was 19 years old when her life was taken by the hand of a boy whom she worked with at the Sunliner Diner in Pigeon Forge TN and reported stalking her several times,” a post said. “Savannah wanted nothing more than to be happy and enjoy her life. We are heartbroken and devastated. Her mother and her had just moved to Tennessee. Savannah loved it! In the short period of time she lived here, she fell in love with this state.”