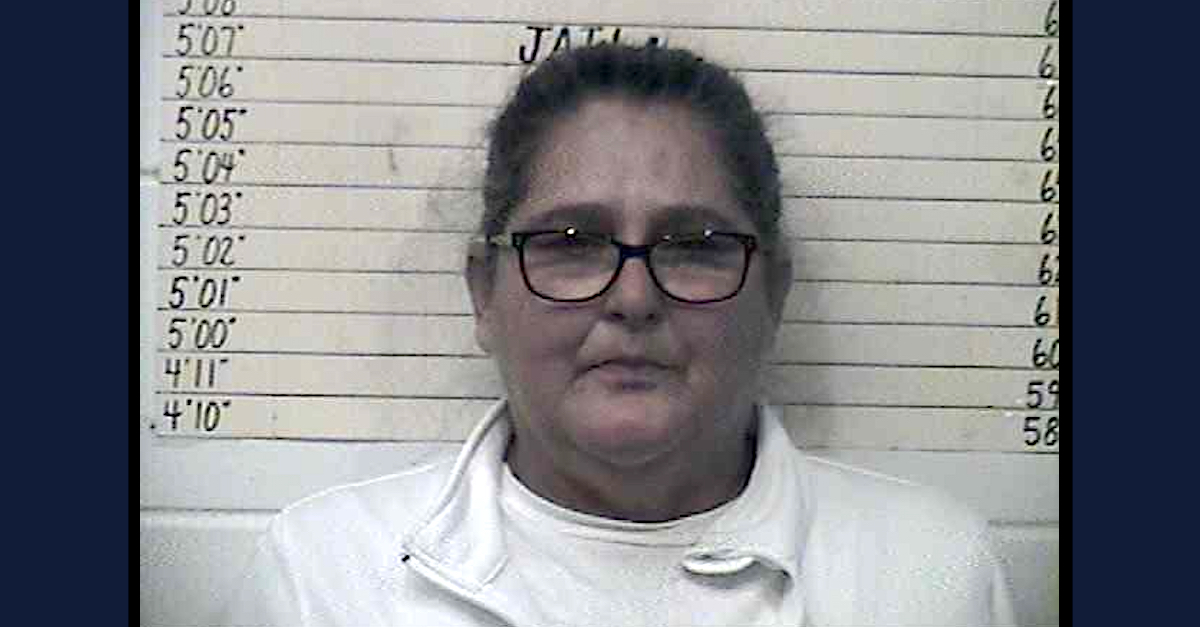 A 53-year-old woman in Oklahoma was arrested this week after she allegedly confessed to viciously killing her newborn baby nearly 30 years ago by slashing the infant’s throat immediately after delivery, authorities say. Meaonia Michelle Allen turned herself in to authorities on Friday and was charged with one count of first-degree murder with deliberate intent for the 1993 slaying of her son, who came to be known as “Baby Doe.”

According to a press release from the Oklahoma State Bureau of Investigation (OSBI), a Choctaw County homeowner on Dec. 8, 1993 discovered Baby Doe’s body buried in her backyard and called 911. Deputies with the Choctaw County Sheriff’s Office responded to the home and then contacted OSBI and requested assistance in the death investigation.

An autopsy performed by doctors in the Oklahoma Chief Medical Examiner’s Office determined that Baby Doe had been born alive. The medical examiner ruled that the manner of death “was homicide as a result of his throat being slashed,” per the OSBI.

Investigators conducted numerous interviews after the discovery of the baby’s body, but the case went cold. OSBI agents obtained and stored DNA evidence from the scene for possible future use.

A break in the case came when an OSBI special agent assigned to the Baby Doe cold case in October 2020 teamed up with the Cold Case Unit and criminologists in the Biology Unit at the OSBI Forensic Science Center. The investigators submitted the DNA evidence from the original crime scene to Parabon Nanolabs, a Virginia-based company that specializes in providing phenotyping services to law enforcement agencies.

The results from Parabon Nanolabs came back in April 2021. After reviewing the results, the OSBI investigative team began pursuing new leads that led them to Allen, per the press release.

“On Wednesday June 15, 2022, an OSBI Special Agent met with Allen at the Durant Police Department. During the interview, Allen agreed to submit[] samples of her DNA to be tested to determine if she was the biological mother of Baby Doe,” OSBI wrote in the press release. “Shortly after providing a DNA sample, Allen admitted that she was, in fact, the biological mother of Baby Doe. During a follow-up interview a few days later, Allen admitted to cutting the baby’s throat shortly after his birth.”

“The synergy between our agents and criminalists to solve cold cases, especially those with an unidentified victim, is to be applauded,” OSBI Director Ricky Adams said in a statement. “Identifying the use of genetic genealogy as a tool and the work of Parabon and our internal genealogy specialist provided significant leads in this disturbing case. Baby Doe can now be properly laid to rest and his killer will be held accountable.”

Allen was booked into the Choctaw County Detention Center and is being held without bond, according to Oklahoma City NBC affiliate KFOR.