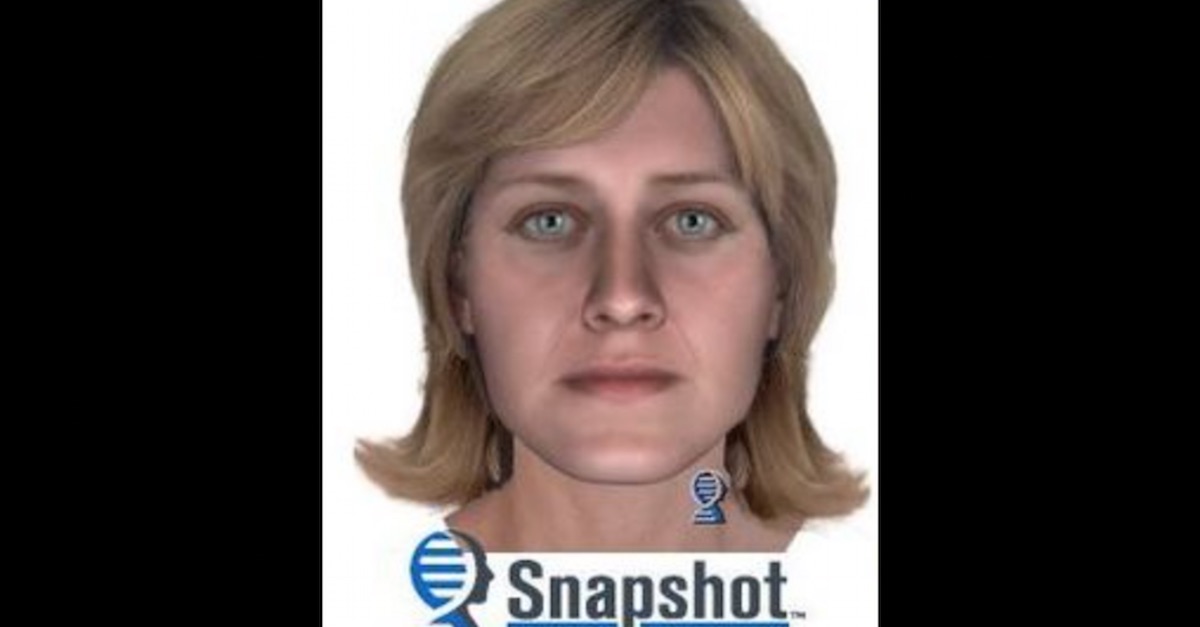 Police in New Castle County, Delaware, are hoping DNA advances will solve their oldest open cold case. Remarkably, decomposed remains police found more than four decades ago that were never identified have now been given a face due to “Snapshot DNA Phenotyping.”

Parabon NanoLabs has been using DNA science and technology in an effort to help investigators close some of their oldest cold cases. New Castle police found a woman’s skull in 1977 and have not been able to identify her for all of these years. Parabon’s “phenotyping” technique involves analysis of a DNA sample. This genetic evidence is then used these to create a face.

The result of the testing indicated that Jane Doe was likely a white woman with blue eyes of Northern European ancestry. The age of the woman in the photo is approximately 48. Police have been investigating woman’s death as a homicide since she was found in a ditch in advanced stages of decomposition decades ago. To this day, they haven’t said how she was killed, hoping this lack of elaboration would help them find the killer.

When you compare the photo you see above to a police reconstruction of the victim from 1998, you can see the difference in detail. 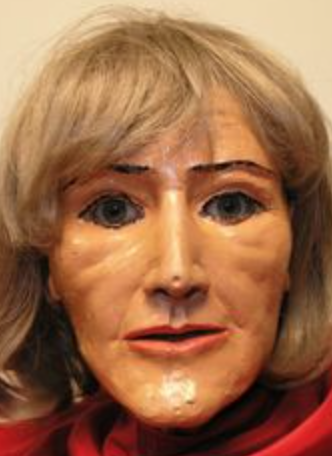 Det. Brian Shahan told Delaware Online that police hope this more detailed image will lead relatives or someone else who knew her to come forward.

“Once we find out who she is, then we can go back to who she was, who she was associated with, if she was married or if she had children, everything,” he said.

It’s far from unusual that police have been using this kind of investigative aide. In recent months, for example, Parabon labs has been in the news for its involvement in two other cold cases.

In 1976, 25-year-old David Schuldes and 24-year-old Ellen Matheys were brutally murdered while they were camping in Wisconsin. In July 2018, 42 years later, Parabon’s DNA phenotyping produced images of a suspect.

Back in May 2018, a detective in Indiana commissioned Parabon to run a test that ultimately led them months later to arrest John D. Miller. Police believe Miller murdered 8-year-old April Tinsley in 1988.

While not involving Parabon NanoLabs, the case of the Golden State Killer represented another high-profile instance where police used DNA advances to find a suspect who had remained elusive for decades.

Investigators had previously obtained DNA samples in connection with crimes that they believed to have been committed by the Golden State Killer. As part of the investigation, they uploaded a DNA profile onto an ancestry website, which they used to locate a relative of DeAngelo. From there, they moved forward until they were able to determine that DeAngelo was the suspect, and then they went about collecting his DNA.