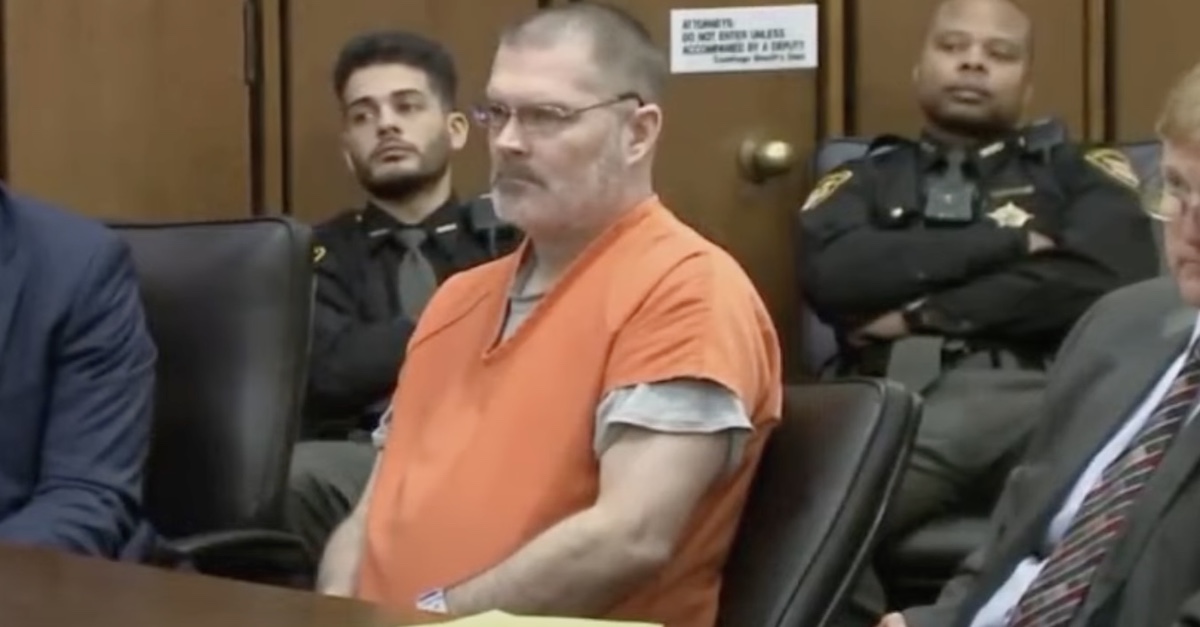 The Ohio Supreme Court on Thursday upheld the death sentence for a man who killed a couple he’d known for more than a decade inside of their home. The justices unanimously affirmed a lower court’s conviction and sentence of George C. Brinkman, who was housesitting for Rogell “Gene” John, 71, and Roberta “Bobbi” John, 64, in 2017, before he murdered them upon their return from vacation.

When the Johns returned home from vacation in the summer of 2017, Brinkman, who had housesat for the couple in the past, was waiting at their home and even helped them with their luggage. When they entered the home, Bobbi started yelling at him about neglecting their 17-year-old blind and deaf dog. Gene then noticed that his handgun, which was usually in a lockbox, was out on the table.

Brinkman then told the couple to “shut up,” and ordered them to go upstairs to the guest bedroom. Once there he claimed that he shot Gene when the gun “went off” accidentally. When Bobbi screamed, Brinkman beat her multiple times with the butt of the gun.

“When Gene tried to stand up, Brinkman shot him twice more. Brinkman then pushed Bobbi’s head down onto the bed and continued to beat her with the butt of the gun. Bobbi kept screaming, so Brinkman covered her head with a pillow and shot her,” the court wrote. “He put pillows under Gene’s body so that Gene ‘would be comfortable.’ But Bobbi was still making gurgling sounds and trying to talk, so Brinkman held a pillow over her face for five to ten minutes until she was quiet. He covered the two dead bodies with blankets.”

Brinkman then stole $140 in cash from their wallets and fled before being picked up by police following a standoff in Brunswick.

In a majority opinion written by Justice R. Patrick DeWine, the court noted that Brinkman showed remorse in a statement at trial, saying that Gene and Bobbi were “extremely kind, caring and wonderful people who did not deserve to be killed.”

However, that remorse was undermined by his evidence that his confession was “not truthful.” Investigators said evidence indicated that the couple locked themselves in the bedroom and Brinkman shot through the door. The next day he lied to their son, who went to check on his parents and found their dead bodies.

The case was automatically appealed to the Supreme Court because such a process is required under Ohio state law. The justices conducted an analysis of the aggravating and mitigating factors in the case

“Despite physical evidence showing that the guest-bedroom door had been shot open, Brinkman continued to deny having chased the Johns to that location. Brinkman also never admitted that he had intentionally shot Gene, knowing the gun was loaded,” the opinion states. “Instead, Brinkman said that the gun just “went off.” Further, to avoid getting caught, Brinkman lied to Jason about Gene and Bobbi’s whereabouts, leaving Jason to stumble upon their bodies. Thus, we accord little weight to Brinkman’s post-arrest expressions of remorse.”

The court also considered several mental and physical conditions Brinkman was suffering at the time, but ultimately upheld his death sentences.

“Although we find that Brinkman’s mitigating evidence is entitled to some weight, we nevertheless conclude that the aggravating circumstances outweigh the mitigating factors beyond a reasonable doubt as to each aggravated murder,” the opinion states. “Brinkman’s decision to shoot Gene multiple times and to subject Bobbi to multiple forms of violence, including beating her on the head with Gene’s gun and smothering her, outweighs his mitigation.”

While upholding the death sentences, the court did overturn a post-release supervision sentence from Brinkman’s convictions for aggravated burglary and aggravated robbery, reasoning that the charges were merged with the murder charges at trial and thus cannot require separate sentences.

Brinkman was previously sentenced to death for killing longtime friend Suzanne Taylor, 45, and her daughters, Taylor Pifer, 21, and Kylie Pifer, 18, just hours before heading to the Johns’ home. However, the Supreme Court unanimously overturned that conviction last year, reasoning that a three-judge panel failed to advise him of his constitutional rights.

Read the opinion below.

[image via Ohio Dept. of Corrections]