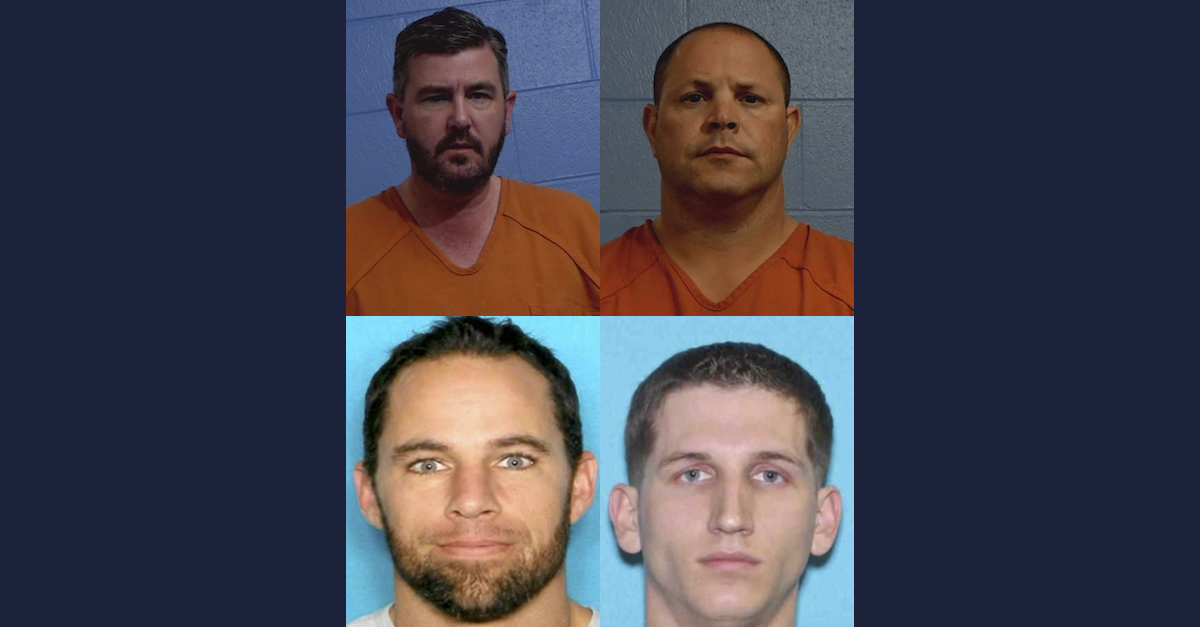 Three men from Texas and one man from North Carolina were indicted earlier this week in a murder-for-hire conspiracy after previously being indicted for a kidnapping that ended with two dead. Recent developments in the case suggest a daring jailhouse attempt by one man to arrange an additional hit on a would-be snitch.

Erik Charles Maund, 47, one of the Lone Star State defendants, is a now-former partner of a prominent auto dealership in the Texas Hill Country that sells Volkswagens. Gilad Peled, 48, also hails from Austin, Texas, and is a former member of the Israeli Defense Forces who most recently ran a “security services” company, according to a superseding indictment filed on Monday, July 25, 2022.

Bryon Brockway, 47, is another Austinite charged in the alleged scheme. Adam Carey, 31, hails from the Tar Heel State. Both Brockway and Carey are former members of the U.S. Marine Corps. The men were both previously special forces operatives who hired themselves out to various private security companies.

According to federal prosecutors based out of Nashville, Tennessee, the quartet “agreed to kidnap, threaten, and intimidate” a man and woman from the Volunteer State in response to one of the victim’s alleged extortion efforts aimed at Maund – a scion of the Maund family fortune amassed through the family’s car-selling business started by his grandfather, the late Charles D. Maund in 1957.

“Responding to extortion demands was a service that Speartip Security advertised on their website,” the latest indictment notes, referring to the Austin-based business previously owned by Peled, who, according to the Times of Israel, is an Israeli national.

The four were originally indicted in December 2021.

In a press release issued by the U.S. Attorney’s Office for the Middle District of Tennessee at the time, prosecutors referred to Peled as a “purported former IDF member” and said he “held himself out to be” affiliated with the foreign military organization. The original indictment makes mention of Peled being a purported former member of Israel’s Mossad. Federal prosecutors appear to have confirmed the military affiliation but not the intelligence affiliation.

The alleged plot is sketched out in the original indictment as an effort to conceal a romantic affair. Federal authorities say Maund, a married man, would occasionally visit Nashville “to visit a relative” but that in February 2020 he emailed an ex-partner about seeing her during one such upcoming visit. That woman was 33-year-old Holly Williams and Maund previously had an extra-marital relationship with her.

At least one person found out about those communications and threatened to expose them, Williams’ boyfriend at the time, 36-year-old William Lanway, who sent Maund several text messages about his latest efforts to cheat. But the man apparently had a price. Lanway “demanded payment from Maund and threatened to expose his relationship with [Williams] if he did not receive it,” prosecutors said.

As Law&Crime previously reported, authorities have not shared how much money Lanway was allegedly demanding from Maund, or the extent of Williams’ involvement, if any, in the alleged extortion plot.

According to the indictments, Maund reached out to Peled for his help “to assist in dealing with [Lanway’s] extortion demands and threats to expose” the trysts with Williams on March 1, 2020. And prosecutors allege that murder was a possibility all along.

Within 11 days, the couple would be dead. 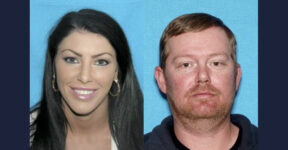 The federal court filings document an extensive series of alleged communications between Maund and Peled on one end and then between Peled, Brockway, Carey, and one of Brockway’s relatives – referred to as Individual 2 in the indictments – on the other end.

Williams was originally the subject of an “Intelligence Report” allegedly prepared by Brockway’s relative, which was received by Peled on March 5, 2020. That online-sourced report allegedly led to in-person surveillance conducted by Carey and others in Nashville.

On March 9, 2020, Peled allegedly received a second report prepared by Carey titled “Tennessee SitRep” which purported to document some of the surveillance on the victim as well as “her address and vehicle,” that Lanway “had been staying at [Williams’] residence” and advising that “Carey and others would use ‘everything at our disposal to include, intimidation’ to stop the attempted extortion.”

Prosecutors allege multiple attempts to contact the couple – including at Willams’ residence and in a grocery store parking lot – ended “unsuccessfully” and stopped altogether on March 10, 2022.

The next day, according to the court documents, Maund and Peled “communicated with each other using various means, including cellular telephones, email, and encrypted messaging applications, such as Signal, and discussed the kidnapping and murder.”

By March 12, 2020, Williams and Lanway were dead. Brockway and Carey killed Lanway by “shooting him multiple times including two shots to his head one of which was near his right temple,” according to the feds – during the initial effort to kidnap him. The pair later killed Williams, the indictments say, by “shooting [her] multiple times including one shot to her head near her right temple.”

An investigation began after their bodies were found dumped in a car at a Nashville construction site on Good Friday 2020.

The superseding indictment alleges that Maund ultimately transferred some $750,000 from one of his bank accounts to one of Peled’s account to pay for the intimidation, kidnapping, and ultimate murders – including some unexpected payments after an unnamed “co-conspirator” allegedly demanded extra cash to keep quiet.

But that’s not all.

After being arrested, prosecutors say, Maund offered Peled an additional $50,000 so that the ex-IDF member would arrange to pay Brockway $100,000 to kill the unnamed co-conspirator “to cut off any future requests for payment for the original murders.”

Maund, Peled, Brockway and Carey were arrested on Dec. 10, 2021. They all remain in custody as of this writing. The government recently filed a motion stating they will not seek the death penalty. Throughout the proceedings, each defendant entered not guilty pleas. Peled’s plea was the last. It was filed on Thursday, July 28, 2022.

The superseding indictment is available below: