‘There Will Always Be a Sadness’: Ohio Police Close 1980 Cold Case Murder of 8-Year-Old Girl 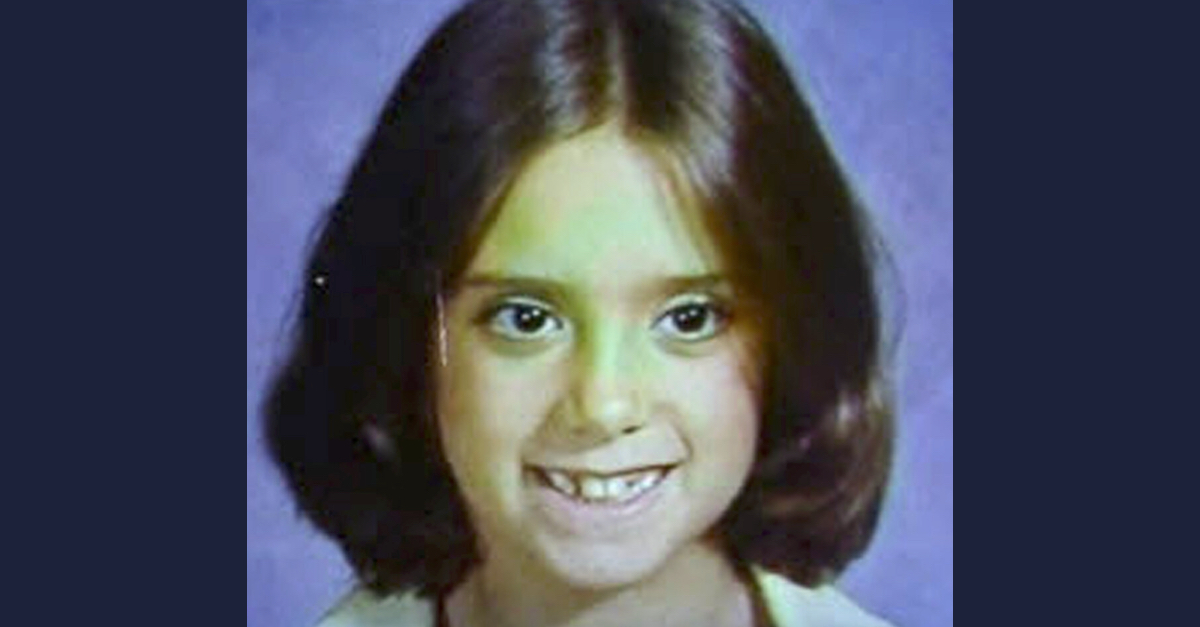 Asenath “Seenie” Dukat was just eight years old when she was kidnapped and murdered in 1980. Now, over 42 years later, police in Ohio say they are finally sure who abducted and killed her, according to a press release from the City of Upper Arlington.

What passes for justice in the case, however, might be unappealing to those who have followed the case for decades. The presumed murderer himself died roughly four years after Dukat’s own death.

On June 3, 1980, the girl was walking back home from Barrington Elementary School. The walk was less than a mile; some 12 blocks; it shouldn’t have taken very long. But she never made it back. Her body, beaten to death, was discovered in a creek bed at First Community Village about three hours after she went missing.

According to The Columbus Dispatch, a 20-pound piece of limestone was used to strike Dukat in the head, killing her.

Now, authorities in the town just north-northwest of Columbus say the brutal killer took his own life in 1984.

“Dukat’s killer has been identified as Brent L. Strutner, who killed himself in Columbus in June of 1984, at the age of 24,” the city’s press release says. “Strutner was a 1979 graduate of Upper Arlington High School and was living near the City of Upper Arlington at the time of the incident.”

In comments to the Dispatch, Dukat’s friend Leslie Lyon reacted to the bittersweet news.

“Why did it have to happen in the first place?” she said. “This senseless, senseless thing. There will always be a sadness.”

The murder of the helpless girl scandalized the largely white collar community. The lengthy nature of the cold case resulted in a website dedicated to finding the person or persons responsible.

That website, The Long Walk Home: The Asenath Dukat Project, has acknowledged the recent development but rejects the notion that the case has reached any semblance of finality.

A message on the front page notes:

According to an 8/10/22 press release case of Asenath Duka may be closed by the City of UA, but it is far from closed for us. We applaud the countless hours and hard work that lead to the confirmation of Brent Strutner’s involvement in the crime. However, after viewing the totality of the evidence, it is reasonable to conclude Brent Strutner did not act alone. Our mission will continue based on that belief and as long as the Dukat family and our community continue to support our efforts to bring all involved to justice. Explore or site and we are confident you may come to the same conclusion.

According to the UAPD, Strutner was the lone suspect connected to the murder by way of “biological material collected during the victim’s autopsy.” Those results initially came back in 2008, the press release says, but years were spent in an effort to determine “if there was any possibility that another individual had also participated in this crime in complicity with Strutner.”

After years of searching, interviews, re-interviews, and several tests, police say they came up empty-handed in terms of a second potential suspect.  However, they did acknowledge another man was examined quite closely by law enforcement.

Around the time of Asenath’s murder, other jurisdictions, including Columbus and the Ohio State University, were experiencing a variety of attacks on young females, including an attempt to abduct a young girl on Henderson Road only months after Asenath’s murder by one of Strutner’s known associates, Robert “Chris” Winchester. Winchester was found guilty and served prison time for that crime; however, the Police Division was unable to discover sufficient evidence to also link him to the murder of Asenath.

“Investigators for the Upper Arlington Police Division have tirelessly pursued justice for the Dukat Family for more than four decades,” Police Chief Steve Farmer said. “I am the sixth chief to oversee these efforts and appreciate the hard work that has been put into this case through the years. This tragic death shook our community in 1980 and the reverberations continue to this day.”

Farmer also offered a sad coda to the now-formally-closed case about the spirit of the small town.

“On June 3, 1980, the community came together in their pain and their commitment to supporting each other,” Chief Farmer said. “Upper Arlington is known as a community with a strong bond and it has been demonstrated in many ways, none greater than during this dark hour. Our hearts continue to go out to the Dukat Family, and we wish them peace as they continue their healing.”