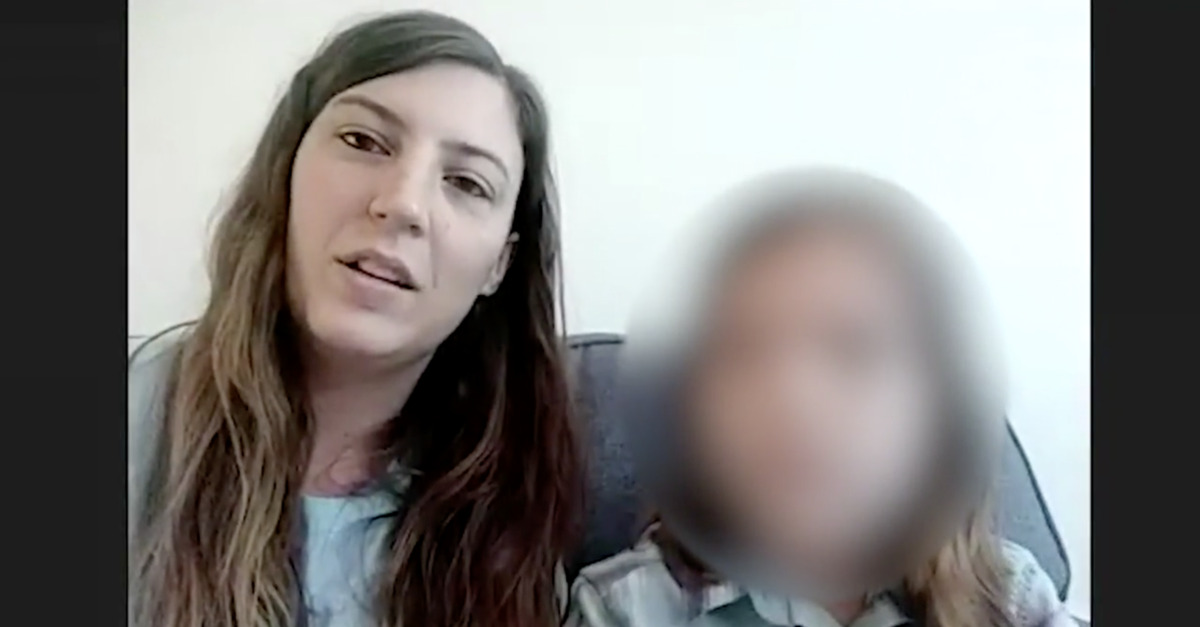 An Ohio mother was sentenced to several years in state prison late last week after concocting a story that her daughter had a terminal illness and using the tall tale to raise nearly $5,000 in donations.

Lindsey Abbuhl, 35, was sentenced to spend four to six years behind bars after previously pleading guilty to child endangerment and theft, according to Cleveland-based Fox affiliate WJW. She was additionally ordered to pay $8,529.90 in restitution to various theft victims.

The outlet previously interviewed the defendant – just before she came under the glare of law enforcement.

“Her doctors were concerned that the sport was a little bit too physical for her with her medical condition,” Abbuhl told WJW in February 2021, referring to her daughter’s participation in softball. “So we had to make the tough decision last year that she was going to walk away and not be able to play anymore.”

The girl, for her part, was led to believe that she was dying as well.

Specifically, the defendant claimed that her daughter’s central nervous system was failing and that her brain would slowly shut down.

The publicity surrounding the girl’s condition — and having to watch her dream of playing softball slip away — not only incurred monetary sympathy to the tune of over $4,000 on GoFundMe: after seeing the WJW story, the Malone University softball team shared the crowdfunding link with their fans and invited Abbuhl’s daughter to toss out the first pitch at a scrimmage.

“Our actions were consistent with the ethos of our Christian community as we attempted to help a family in need,” the university said after the fraud came out. “As other details emerge surrounding the family, they do not change our intent and desire to do the right thing and show kindness to (the girl) and those who love her.”

By May 2021, the Stark County Department of Job and Family Services filed court documents that suggested Abbuhl was using her daughter’s false diagnosis “to obtain trips, housing, and other expenses over the last several years.”

“After a thorough review of the girl’s medical records…The medical professional indicates there is no evidence to support mother’s claim that (the girl) is terminally ill,” one document obtained by WJW notes.

The agency also said the girl had been “engaged in counseling for the past three years to learn how to ‘process her own death.'”

Abbuhl is expected to begin serving her prison sentence in January 2023. She could serve as little as six months if she remains on good behavior, according to her attorney

“Essentially, this plea was a way to bring closure to the several parties involved in this case,” Stark County Prosecuting Attorney Kyle L. Stone said in comments reported by Cleveland-based NBC affiliate WKYC. “This was also the best way to avoid the possibility of further traumatizing a child that has already been through so much.”

A lawyer for Abbuhl insists that there was, in fact, something wrong with the girl’s brain — albeit a considerably less serious condition – but that his client opted to plead guilty to the charges in order to avoid a drawn out legal battle.

It’s very important to understand here that this child did have diagnosed medical maladies including a lesion on her brain. This is fact and the records exist to prove it. Now because the ailments were determined to be not as severe or fatal as perhaps mom had at times represented, we opted to forgo the possible risk of a trial loss which could have yielded an 18-year prison sentence if the state achieved the maximum for what convictions they were seeking had a deal not been reached. Is this a case of merely an overly paranoid, genuinely concerned mother or someone who genuinely tried to profit from dishonesty? Only mother will every truly know the answer to this and because both arguments were hard to prove with any certainty, this deal was reached as compromise so that mom will be free after serving six months in prison provided she comports with prison behavioral guidelines.

Kelly also told the outlet that the girl is living with her father and “doing well.”

Due to the extremely young age of the daughter, Law&Crime has chosen not to identify her by name.