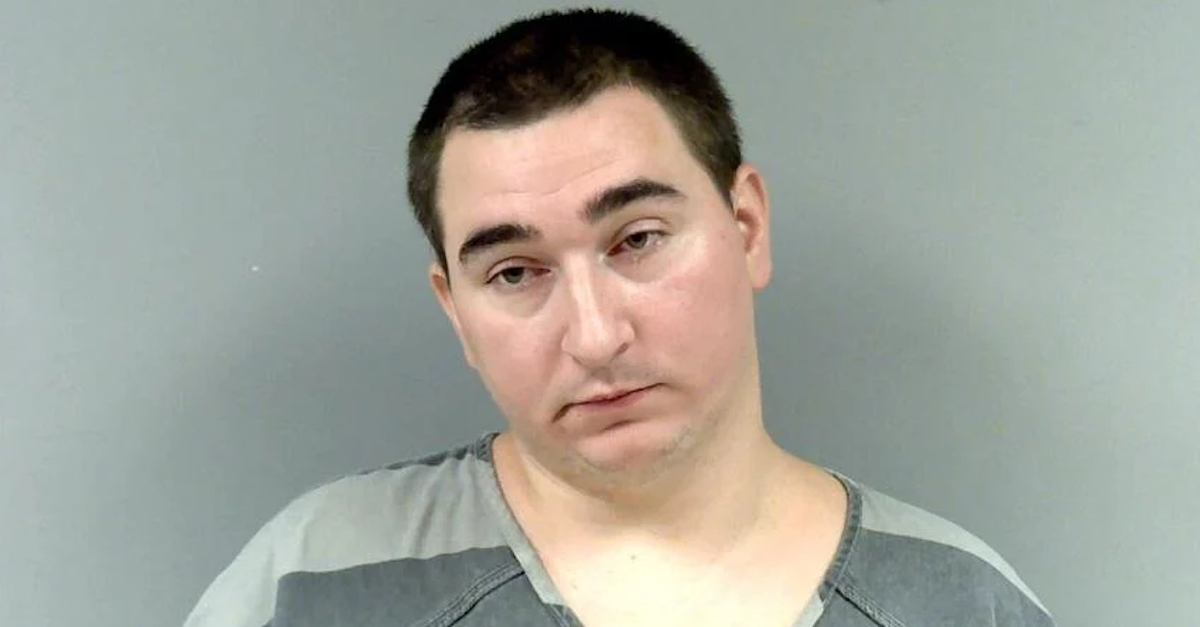 Wesley A. Thomas via ACSO

A 34-year-old Ohio man accused of raping a child earlier this year allegedly shot and killed one of the alleged victim’s female relatives before turning the gun on himself, authorities say.

The bodies of Wesley A. Thomas and a 31-year-old woman were discovered Sunday at a wildlife preserve in what investigators believe to be a murder-suicide.

Ashtabula County Prosecutor Colleen O’Toole reportedly confirmed to Cleveland ABC affiliate WEWS-TV that Thomas in June was taken into custody after an Ashtabula County grand jury indicted him on four counts of first-degree felony rape of a minor. The alleged rape victim was reportedly a girl under the age of 10.

An unnamed passerby at approximately 8:20 a.m. on Sunday called 911 and reported seeing two dead bodies in the in the New Lyme Wildlife Area. Deputies with the Ashtabula County Sheriff’s Department responded to the area where the bodies were spotted.

Upon arriving at the scene, deputies reportedly found Thomas and the female victim lying next to a minivan. Authorities said both appeared to have sustained gunshot wounds to the head and were pronounced dead on the scene. Investigators reportedly recovered a handgun that was located next to the bodies.

Investigators with the Ohio Highway Patrol’s Warren District Office of Criminal Investigations and the Ohio Department of Natural Resources Wildlife Division have reportedly taken over the investigation.

A spokesperson for OHP reportedly told the Star Beacon that investigators believe Thomas and the woman died early Sunday morning.

Thomas was released from jail on Aug. 19 and was awaiting his criminal trial after Common Pleas Judge Thomas Harris reportedly reduced his bond — originally set at $75,000 — and allowed him to be released on his own recognizance.

“On Aug. 18, 2022, based on the evidence-based risk assessments, Mr. Thomas posed a low risk of re-offending for sexual abuse as the child was removed from the home,” O’Toole reportedly told the Beacon. “The court modified the bond by agreement of the defense and the prosecutor, as he qualified for pre-trial release and complied with the terms of the bond, including rigorous reporting standards and 24/7 GPS monitoring with a $75,000 personal [recognizance] bond that he posted consistent with Ohio law.”

O’Toole also reportedly confirmed that the rape charges against Thomas will be dismissed due to his death.

“As the investigation develops, we will learn more about the tragic facts of this case,” O’Toole said. “My condolences go out to the family members and the victims of this tragic situation.”

According to the Beacon, Thomas was required to remain confined to his sister’s apartment in Orwell, wear a GPS monitor on his ankle, and not have any contact with the alleged rape victim or the 31-year-old shooting victim as conditions of his pretrial release.

O’Toole reportedly told WEWS that the circumstances leading to Thomas being released ahead of his trial were not unusual after the court’s risk assessment found he was unlikely to commit a crime prior to standing trial.

“He did not have access to the victim,” O’Toole reportedly told the station. “She was taken from the custody in early April with Children’s Services when the allegations first arose, so he had no access to the the victim.”

A second child was also reportedly taken from the home and placed in the care of Children’s Services. The children’s relation to the deceased woman was not specified.

O’Toole reportedly said that her office plans to perform a “deep dive” into the handling of Thomas’ case to see if the tragic shooting could have been avoided.

The Ashtabula Prosecutor’s Office, Ohio Highway Patrol, and the Ohio Department of Natural Resources did not immediately respond to messages from Law&Crime seeking additional information on the case.

According to a report from Cleveland ABC affiliate WOIO, Thomas in 2013 pleaded guilty to three counts of endangering the welfare of a child in Pennsylvania.