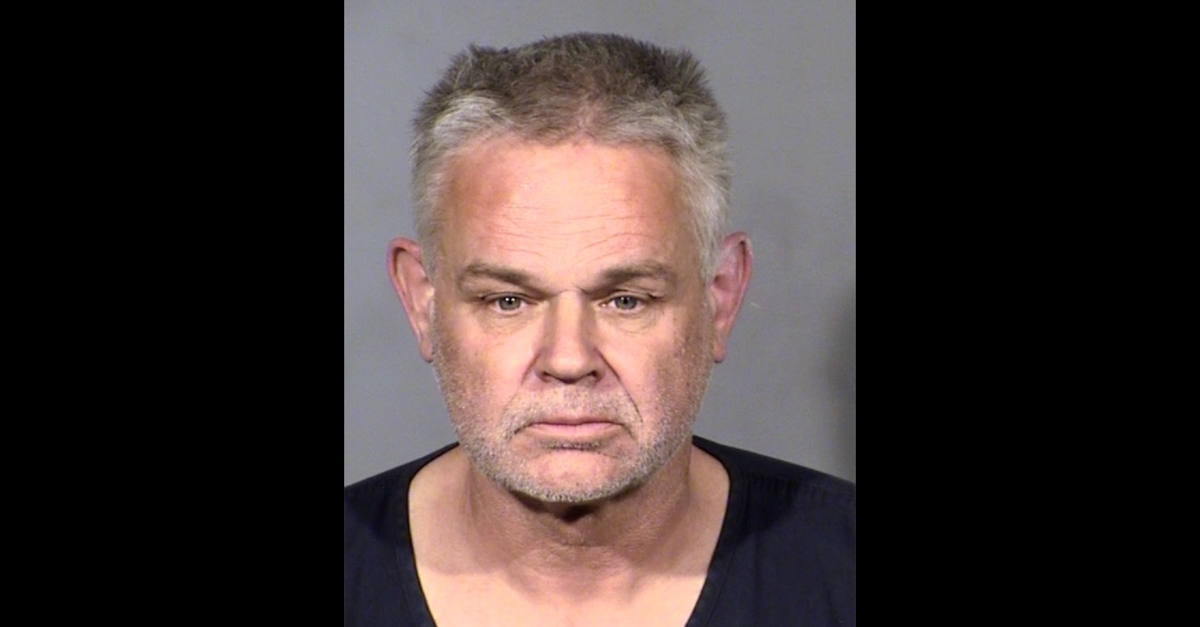 A man fled cops in two stolen trucks, but not only did officers catch him, they also discovered human remains in one of the vehicles, according to the Las Vegas Metropolitan Police Department. Now authorities are seeking information, as the coroner’s office works to determine the victim’s identity. Right now defendant Eric Holland, 57, is charged with open murder, as well as on outstanding warrants, officials said in a tweet Sunday.

Eric Holland has been taken into custody after human remains were located inside the vehicle he was driving. Please view the attached documents for more information.
Anyone with any info is urged to contact the LVMPD Homicide by phone at 702-828-3521 or contact @CrimeStoppersNV pic.twitter.com/1yuqGSpKXA

According to cops, patrol officers tried to pull over Holland on Thursday afternoon near Tropicana Avenue and Duneville Street, but he instead fled in his truck and switched to another one.

“The air unit was able to follow the truck and noticed the driver switched trucks,” cops said. “Officers once again attempted a vehicle stop, but the driver fled a second time. The air unit followed the vehicle and was able to guide officers to an apartment complex near the 4200 block of West Rochelle Avenue.”

Police said they found Holland exiting the second vehicle, and he threw things at them in his final attempt to flee. It was to no avail. Cops finally arrested him, according to this version of events.

“During the investigation, officers were able to determine both trucks had been previously reported stolen,” they said. Officers claimed to find human remains in the bed of one of those vehicles.

Cops ask that anyone with information call their homicide section at (702) 828-3521, or email at [email protected] You can provide anonymous tips to Crime Stoppers by phone (702) 385-5555, or through www.crimestoppersofnv.com.