‘Nothing But a Cold-Hearted Killer’: Woman Sentenced for Murdering Boyfriend by Shooting Him in the Head as He Slept 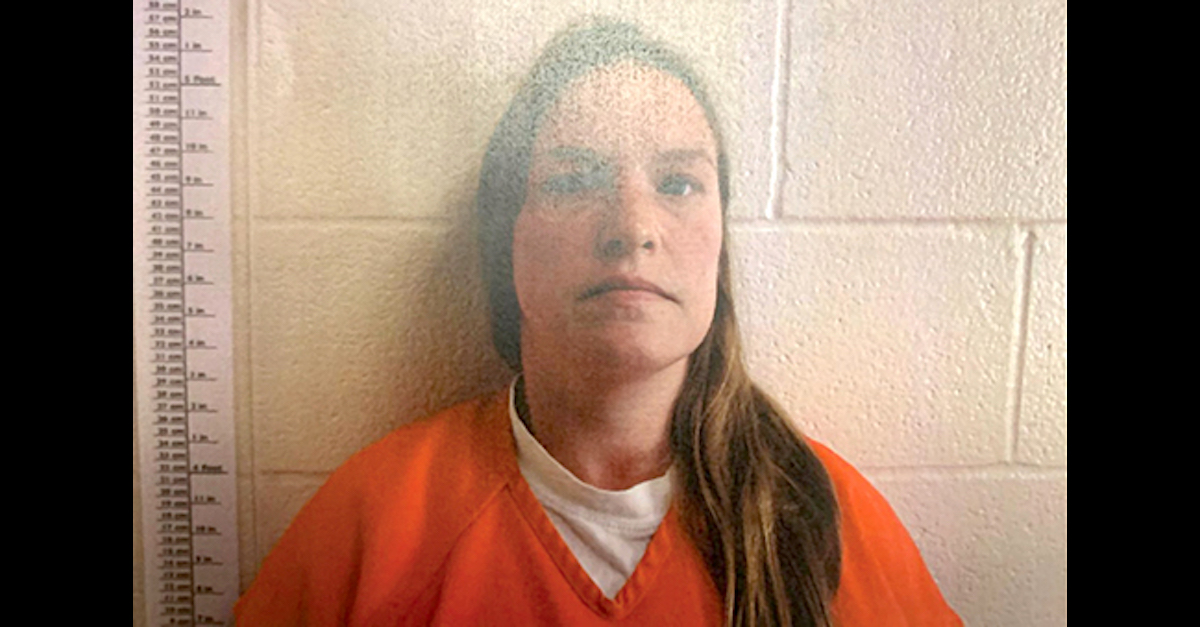 Kelly Gillett appears in a jail mugshot taken when she was arrested in Oct. 2020.

An Upstate New York woman was sentenced to 18 years to life in prison for murdering her boyfriend while he slept by shooting him twice in the head and once in the torso with a shotgun she owned. That’s according to reports in the Binghamton, N.Y. Press and Sun-Bulletin, a regional newspaper in the Southern Tier, and the local Norwich, N.Y. Evening Sun.

Kelly J. Gillett, 36, pleaded guilty in May to second-degree murder. She called the police right after shooting Jonathan Ryan, 39, and admitted she pulled the trigger on October 19, 2020.

Despite the defendant’s admissions to the police and to the court that she, indeed, killed Ryan, to this day, there has been no explanation as to why.

Chenango County Court Judge Frank Revoir is said by the Binghamton paper to have called the defendant a “threat and a menace.”

“I hear no remorse,” the judge also reportedly said, this time per the Evening Sun. “I thought we might hear — I was prepared that after the last 8, 9, 10 months something would have evolved, and we have heard something more.”

But no explanation from Gillett was forthcoming.

The baffling rationale behind the shooting appears poised to remain a mystery. The Press and Sun-Bulletin reported that both Gillett and Ryan were employed. Both lived separately: Ryan in Chenango County and Gillett in Johnson City in neighboring Broome County. The Evening Sun said “an investigation revealed no drug use, domestic violence or financial troubles.”

The shooting happened at Ryan’s home on a side street in Sherburne, N.Y., a town nestled in dairy country near Colgate University and about midway between Utica and Binghamton.

According to statements to investigators obtained by the Press and Sun-Bulletin, family, friends, and co-workers — the victim and the defendant both worked at a state facility for the disabled — saw no trouble brewing in the relationship. But the paper said at least one person noticed Gillett “becom[ing] quieter” in the leadup to the shooting and suspected “something” was up between the couple.

“She wasn’t acting like the person they knew her to be,” the Press and Sun-Bulletin said in a recap of the case records. “Still, nobody detected any signs of immediate trouble.”

It is unclear from the available reports what might have been behind the hunch — or perhaps hunches — of the couple’s associates.

Gillett initially refused to speak to the police beyond calling 911 to report the shooting. Later, she opened up, but she “showed no sympathy or emotions,” a sheriff’s department obtained by the Binghamton newspaper reportedly says.

During a plea hearing earlier this year, Gillett admitted she left she left work about 7:00 a.m. at the Valley Ridge Center for Intensive Treatment in Norwich and drove the half-hour distance to Ryan’s home. She admitted she arrived, took a nap, and awoke at 9:00 a.m. with murderous thoughts.

“I was going to kill Jon,” Gillett reportedly said. “I had my 20-gauge already there because we were — we were practicing shooting on state land, so my shotgun was already there, and then I loaded it up . . . I went upstairs and he was sleeping and I shot him.”

The Evening Sun reported that the authorities were on the scene by 11:11 a.m. Binghamton ABC affiliate WIVT said that law enforcement found the shotgun used in the killing in a case on the living room couch.

The Evening Sun elsewhere noted that that Gillett’s 18-to-life sentence was part of a deal she struck with local prosecutors in return for her plea. The agreement was somewhat of a surprise, the local newspaper noted, because the hearing which resulted in the plea was initially called to sort out pretrial evidence matters. Witnesses were scheduled to testify — but the defendant’s admission of guilt obliterated the need for them to take the witness stand.

Ryan was the father of three children from a previous relationship, the Evening Sun said. None of the children were home when he died.

The Press and Sun-Bulletin quoted District Attorney Michael Ferrarese as calling Gillett “nothing but a cold-hearted killer.” And Ryan’s mother Margaret Sanders cried as she recounted the sudden, senseless loss of her son.

“I am unable to express the depth of pain this has caused me,” Sanders reportedly said. “There’s nothing right or just about Jonathan’s death.”

Ferrarese said his hope was that Gillett would remain behind bars for the rest of her life.

When taken in sum total, the investigation, the plea, and the sentencing hearing provided the community with the who, the what, the where, the when, and the how — but not the why.